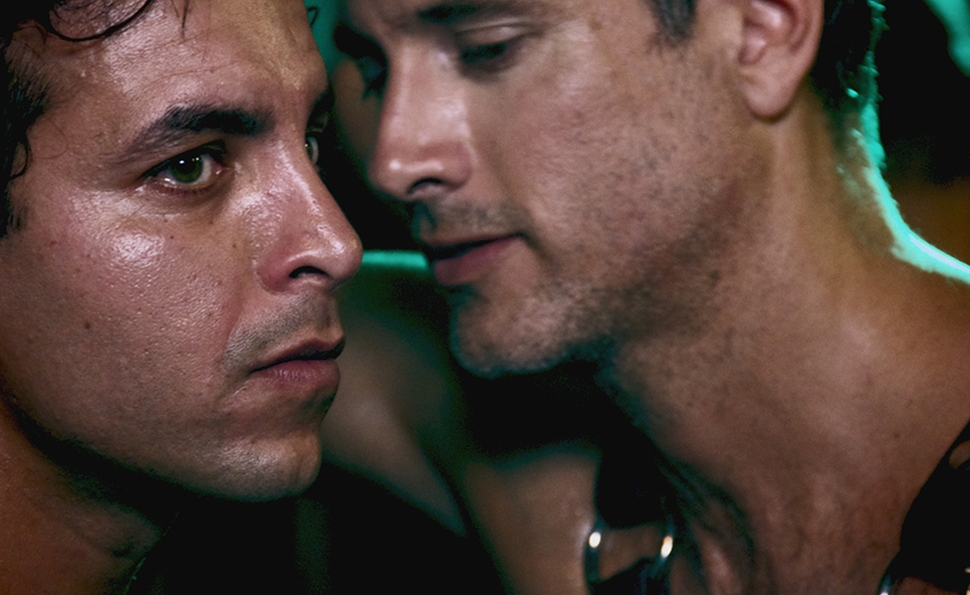 Franco detractors will find ample ammunition for their hatred here, from Franco offhandedly referencing one of his Yale professors to numerous scenes of lead actor Val Lauren saying he doesn’t understand the project, but is plunging ahead out of respect for Franco’s artistry. There’s also a scene of gay extras cooing about how excited the gay community will be by the possibility of explicit gay sex scenes involving James Franco. Franco self-consciously emerges as the hero of his own film, a fearless creative revolutionary striking a major blow for the beauty and purity of explicit gay sex in all its forms—this despite being a huge heterosexual movie star who just starred in an enormous, family-friendly Disney film (Oz The Great And Powerful) that is referenced more than once.

Interior. Leather Bar. recounts Franco and Mathews’ attempts to film their imagining of the 40 minutes that were cut from Cruising for being overly explicit. As Franco states early in the film, he isn’t particularly interested in accurately re-creating the reality of those lost scenes, which constitute only a small percentage of Leather Bar’s hourlong running time. Rather, he’s interested in what the filming of those sequences says about the fluidity of human sexuality and how it relates to the existential condition of the actor, an enduring source of fascination for Franco. The film is obsessed with charting the places where acting ends and reality begins, and all the other places where they overlap.

What ultimately separates pornography from art? Is it simply a technical matter of penetration, or are there larger aesthetic and philosophical issues at play? Does un-simulated hardcore sex have a place outside pornography? How far has society evolved since Cruising, and does playing gay still have the stigma it once did? Interior. Leather Bar. addresses all of those questions and raises many more in its searching, inward-looking exploration of the complicated intersection of sexuality and performance, but it ultimately ends with a bit of a shrug. Lauren isn’t the only one who can’t figure out exactly what the film is trying to do or say, or whether there’s value in its eagerness to experiment and take chances without a grand thesis in mind.