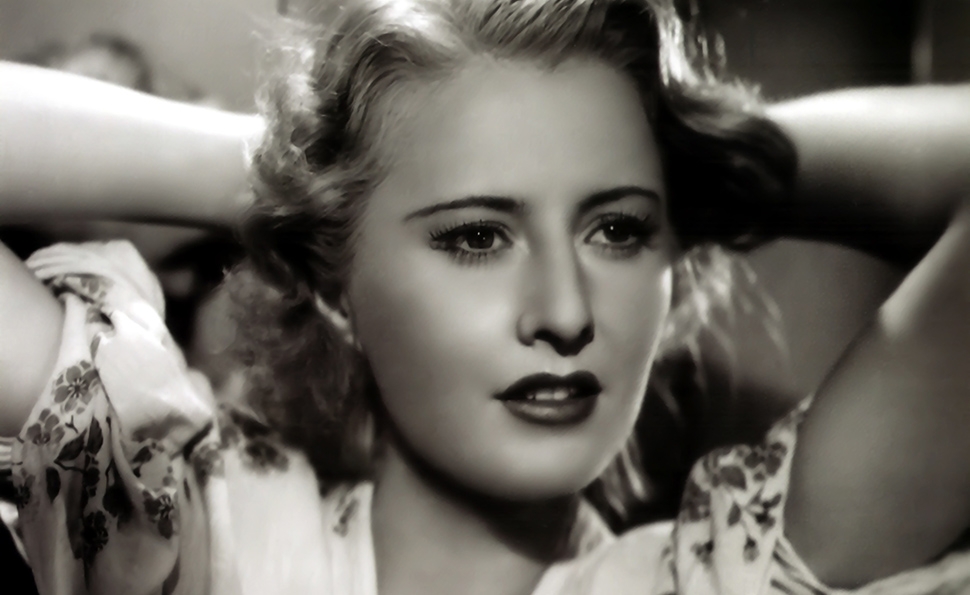 King Vidor’s Stella Dallas is the gold standard—or maybe the proper term is fool’s-gold standard—of the “women’s picture” or “weepie,” those disreputable melodramas that flourished in the 1930s and 1940s. They were dismissed then and now as sentimental, manipulative tear-jerkers, centered around women who were bent on self-sacrifice, some distance from the sophisticates who populated the great romantic comedies of the period. And yet Stella Dallas itself—sentimental without question, building to an act of heartbreaking selflessness—earns the copious tears it jerks, embodying the “weepie” in every respect, yet more complicated and more flush with genuine emotion than a mere soap opera. As played by Barbara Stanwyck, the eponymous character is a near-deranged status-seeker who also happens to have a strong maternal instinct, and the film’s genius comes from putting those separate impulses into conflict.

First shown arranging her blouse in a not-so-casual bid to attract a gentleman of means, Stanwyck’s Stella comes from humble roots she spends her adult life desperately trying to transcend. Her eagerness is part of the problem: She tries too hard to be classy, and overdoes it, and the bluebloods can immediately spot the impostor in their midst. But Stella is a great schemer, and like a smart investor, she recognizes the potential in Stephen Dallas (John Boles), a once-wealthy man who lost his place in high society after his father committed suicide, leaving him penniless. Now an executive at the mill where her father works, Stephen seeks to regain his status and marry his former fiancée Helen (Barbara O’Neil), but Stella catches him at the right time and they get married instead. The two eventually separate, but they have a daughter, Laurel (played as a young woman by Anne Shirley), who unexpectedly commands Stella’s full attention.

The wrenching irony at the center of Stella Dallas is that Stella never loses her obsession with status, but merely shifts it over to her desire to give Laurel a better life. Yet it isn’t enough to say that Stella sacrifices her own dreams to serve her daughter’s advancement. She’s also pathological in thinking the road to happiness leads through high society, and that Laurel would be better off with rich people than with a mother she loves dearly—and who dearly loves her in return. The last half-hour of Stella Dallas will drench the hankies of all but the most stone-hearted, but behind Stella’s action lingers the thought that maybe she’s doing the wrong thing, and maybe she’s making herself the unnecessary victim of her own myopia. There’s a point where self-sacrifice looks a little like self-immolation.

Beyond the wonder of Stanwyck’s performance, which is simultaneously brassy and soul-stirring, the other key to Stella Dallas’ magic is that only the audience truly knows her. There’s an extraordinary scene where Stella, mother to mother, gives Helen a window into her selflessness, but that’s a window Stella is forced to close to get what she wants. As a viewer, it feels like a privilege to know her as nobody in her world truly can, and appreciate what she decides to do, however questionable or downright deluded her actions are. The other characters are in the dark, and the audience is in the dark, too, weeping.

The reissued DVD has been handled so sloppily that the lone feature, touted as “Stella Dallas Vintage Featurette” on the back, is actually a roughed-up transfer of the silent 1925 Stella Dallas in its entirety.