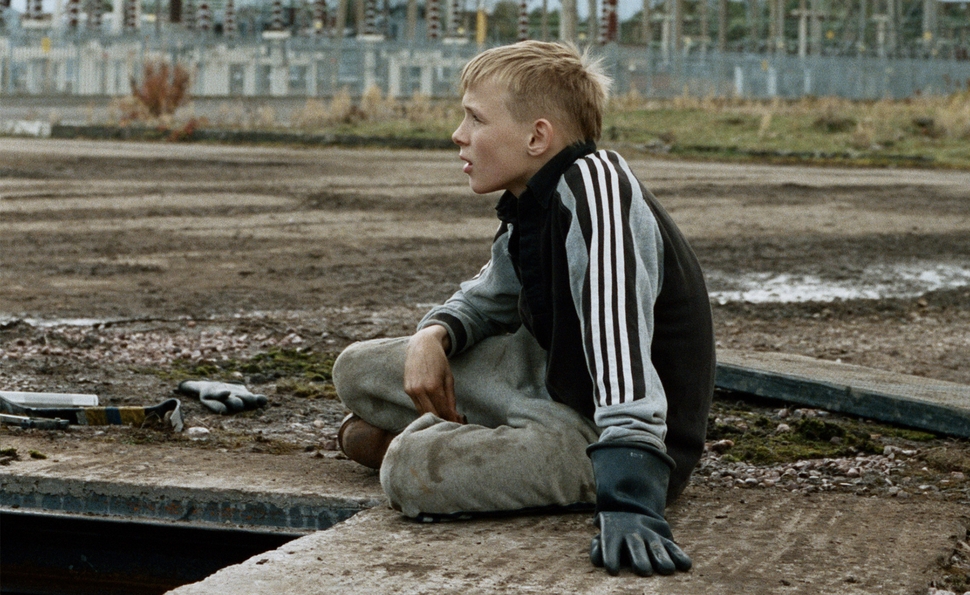 British miserablism doesn’t get much more miserable than Clio Barnard’s The Selfish Giant, a movie about a pair of juvenile delinquents who get kicked out of school and are facing a future of swiping copper wire and scrap metal for pocket money, until they inevitably descend into drug addiction or alcoholism—or until they take one chance too many and get themselves killed. Some filmmakers wait to shoot until the sun hangs low in the sky, giving everything a warm, orange-y glow. For The Selfish Giant, Barnard must’ve held out for the coldest, wettest, windiest days in northern England before she called, “Action!” This a movie best watched under a heavy quilt, with a tab of Zoloft at the ready.

And yet The Selfish Giant is never so bleak that it’s unwatchable. On the contrary: It’s so immediately engaging that it’s hard not to watch. Barnard—who previously made the experimental documentary The Arbor, set in the West Yorkshire city of Bradford, same as this film—begins the movie with a child screaming and punching, and from there, The Selfish Giant just keeps moving, with the relentless energy of that boy. His name is Arbor, and he’s an angry-at-the-world type, on medication for hyperactivity. Arbor (Conner Chapman) is the kind of student who swears at his teachers when they ask him to do anything, then laughs in their face when they threaten him with punishment. The only thing that calms Arbor is spending time with his best friend Swifty (Shaun Thomas), a soft, sweet boy who loves horses. When Arbor and Swifty get expelled for fighting, they spend their days scouring Bradford for junk they can sell to Kitten (Sean Gilder), an ill-tempered opportunist who employs young people to bring whatever they can scrounge to his scrapyard. Most of The Selfish Giant follows Arbor and Swifty through typical days on the go, as they drive a cart through town with the help of one of the horses Kitten keeps for his illegal harness-races.

The Selfish Giant is named for an Oscar Wilde short story about a surly beast who walls off his garden to keep children out, until he’s moved by one boy’s plight and opens it back up. The movie isn’t a direct adaptation of Wilde, but Kitten—with his fenced-in compound—could be read as a version of the giant, and so could Arbor, who keeps everyone at arm’s length and tends to think only of himself. In either scenario, Swifty is the boy who breaks through the giant’s barriers, and is allowed to stay inside. Chapman, Thomas, and Gilder are all terrific in The Selfish Giant: intense but natural, with fuller emotional ranges than their character types initially suggest. They aren’t all rage and mope; there’s joy there, and tenderness, and a certain amount of pride in how they’re learned how to live by their wits, in a society that isn’t giving them many breaks.

But the way Barnard renders that society is what ultimately distinguishes The Selfish Giant. When Arbor and Swifty are out on their own, they’re in a world of possibility, with valuable electric wires humming all around them, beckoning anyone bold or crazy enough to take them. Then the boys bring their loot back to Kitten, who belittles them, and their money back to their homes, where they get screamed at by their parents and knocked about by their siblings. Barnard shows a real curiosity in the particulars of how these boys live—from the arduous process of prepping stolen wire for processing to the way grown-ups keep picking their pockets to pay for truancy fines and horse rentals. The movie is balanced between futility and excitement, with the former represented by the useless ego-boosting signage at the boys’ school, and the latter represented by Kitten’s white-knuckle harness races in the Bradford streets. The Selfish Giant is a harsh movie, but it isn’t devoid of hope, because Barnard understands that everything has value—even if it can’t be realized until after an object’s been tossed out.