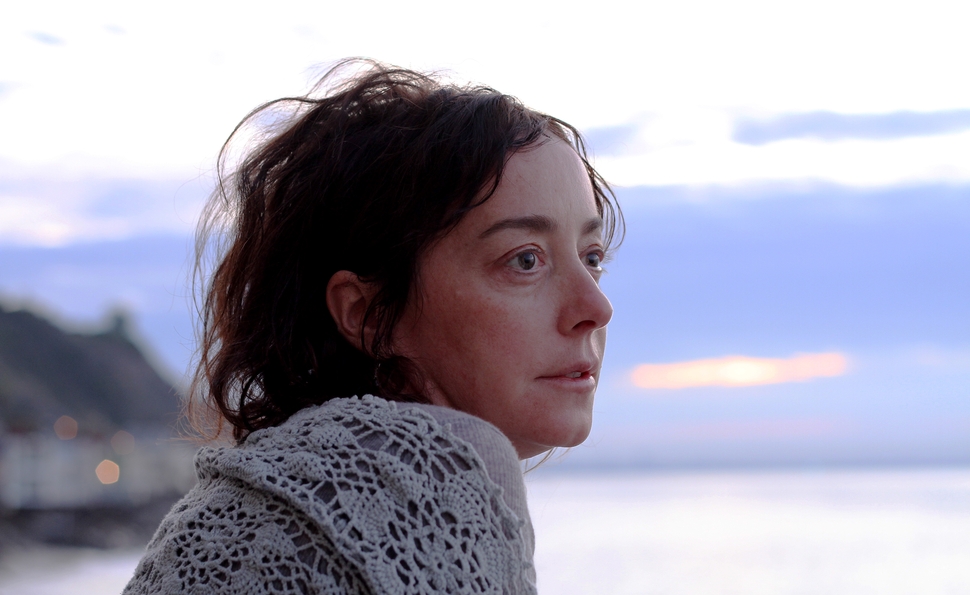 All The Light In The Sky

The mumblecore movement began about a decade ago as an explosion of no-budget autobiographical movies explicitly about what it meant to be young, sensitive, creative, and in a state of perpetual professional and romantic flux. They were films about being unfinished and ambitious, coming from a close-knit community of filmmakers who made a habit of appearing in each others’ movies, and sharing casts and resources as a way to maximize tiny budgets.

Yet it’s been fascinating to see the mumblecore community evolve with age. Writer-director-star Joe Swanberg, who can currently be seen lustily enjoying a melancholy orgy in the dark Christmas sleeper White Reindeer, has had a particularly eventful year. He appeared in a mainstream horror film (You’re Next), wrote and directed a commercial-minded romantic comedy (Drinking Buddies) with actual movie stars, and is now ending the year with All The Light In The Sky, a character study that shifts his focus from the romantic travails and existential crises of sexy twenty- and thirty-somethings to the ennui of Marie, a middle-aged actress played by Jane Adams.

Swanberg covered similar ground with 2011’s Uncle Kent, a low-key drama about a 40-year-old man-child played by animator Kent Osborne. The latter appears in All The Light as a romantic possibility for Marie, and gets to experience a painfully true-to-life sex scene that trades the glossy choreography of Hollywood for the clumsy fumbling of real life.

In a subtle, naturalistic way, All The Light In The Sky is obsessed with aging and how it plays out in the relationship between Marie—a comfortable, successful, somewhat lonely and melancholy 45-year-old—and her beautiful young niece Faye (Sophia Takal), an aspiring actress whose unlined face and nubile charm are an ever-present reminder of Marie’s advancing years. Marie is an actor, so even though she appears to be more of a character actor than a glamour girl, her face and body are her instruments, and the aging process ensures that they are perpetually on the decline.

All The Light In The Sky benefits from its intriguing, unexpected physicality. Adams spends a surprising amount of the film naked. Swanberg’s coolly empathetic camera devotes considerable time to looking at her as she makes her way in and out of constrictive wetsuits and even more constrictive jeans, but he’s less interested in sexualizing bodies than in observing how they change with age, and how our use for them changes accordingly.

Swanberg alternates between static conversations filmed in long takes that capture the fumbling inarticulateness of real life, and unexpectedly lyrical sequences powered by an incongruously majestic, sweeping score. To its credit, All The Light In The Sky captures the anxieties that come with aging out of the period that society and show business value above all others, but also the oft-overlooked upsides and advantages to getting older. Like the recent Enough Said, the film understands the comfort and security that comes with self-knowledge, and how youth’s furious lust is replaced by a saner conception of love and sex.

Where Enough Said was done in by an idiot plot, All The Light In The Sky barely bothers with a plot at all, so there’s nothing to detract from the casual, minor pleasures of Adams’ sweet interplay with Osbourne, or a second potential romantic interest played by indie-horror stalwart Larry Fessenden. All The Light In The Sky is a refreshingly grown-up exploration of a woman at a personal and professional crossroads that’s stronger for never pushing its narrative or its finely wrought lead character in the direction of big moments or bullshit epiphanies. It’s casual, but also quietly moving.

GoWatchIt: Buy. Rent. Stream All The Light In The Sky