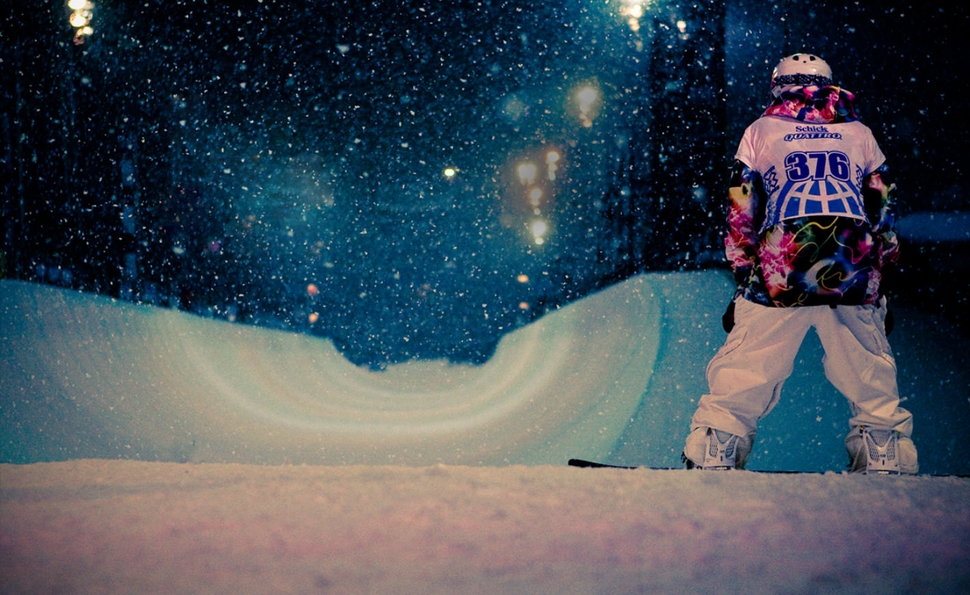 On New Year’s Eve 2009, Kevin Pearce went up a Park City halfpipe as one of the greatest snowboarders in the world and came down in a stretcher. He struck his head on the pipe while trying to land a particularly loopy-doopy move called the cab double cork, suffered a traumatic brain injury, and wouldn’t walk again for more than six months. Director Lucy Walker, who thought she was chronicling a future Olympian’s rise to prominence, now had the makings of a tragedy instead of a chipper collection of snowboard porn. And as a slowly recovering Pearce began to insist on camera that he would ride again one day, despite his doctor’s stern warning that another blow to the head could kill him, there is an uneasy sensation that The Crash Reel almost became a third kind of movie: a snuff film.

The sense of praying for a professional athlete to please, please not mount a comeback is what makes The Crash Reel so terrifying and so compulsively watchable. Walker evokes The Wrestler in her anti-formulaic structuring of Pearce’s story, snatching the narrative drive away from his gut and giving it to his bruised brain; for all its footage of pure unrivaled athleticism, this is ultimately a movie about brains and what it means to put them in jeopardy. A lesser documentary would have focused on Pearce’s physical recovery and ended with him strapping on a board for his brief 2011 comeback, painting the moment as his sports-movie victory over the odds. Such a film would have cheated not only Pearce, whose moments of true bravery occur after he tosses the board aside for good, but also the competitive extreme-sports community, which, in this world of 25-foot halfpipes, has a fair amount to answer for when it comes to the safety of its athletes.

As he appears in the film, the effervescent, frizzy-haired Pearce is so easygoing that even his tooth-and-nail rivalry with gold medalist Shaun White is all smiles. Alongside the usual career milestones and folk moments—as a child Pearce had the first-ever kid’s snowboard custom-made for him—Walker uses home movies and vérité footage to emphasize her subject’s genuine bonds with his friends and family. The fierce love and admiration between him and his older brother David, who has Down syndrome, boils over into several contentious standoffs after the accident, as David becomes furious about the possibility of Kevin’s return to the danger of the slopes.

Walker edits with an eye for poeticism, and at times her choices are unbearably painful. Pearce, resigned to play-calling in the announcer’s booth during the Winter X Games, must comment on White’s perfect execution of a trick not unlike the one that landed him in a coma. Giving a speech on helmet safety at an elementary school, he fields a child’s question: “Do you think that you would’ve beaten Shaun White?” If Walker’s construction starts to feel biased toward the moments of Pearce’s recovery that caused him the most anguish, it’s worth remembering that, like most humans, this is probably how Pearce filters his own fragile memories. Pearce’s doctor warns him that his injury is making it more difficult for him to think logically, but the film makes clear that a disconnect between the brain and safe, deliberate thought is exactly what Pearce and his fellow riders are after when they take to the slopes. That’s what The Rush is. That’s why it’s fun.

Midway through The Crash Reel, Walker clears the runway for an actual crash reel: boarders, skiers, snowmobile freestylers, dirt-bike riders, and other mortals gunning for the camera but losing their footing before they’ve hit the ground. Like all crash reels, it’s brutal, but Walker does something illuminating with her footage, slowing down and looping the athletes into a trance-like rhythm, frequently cutting away just before impact.

What are these paragons of superhuman abilities thinking as they fly, in that instant when they realize they’ve lost control and must flail helplessly through the sky? Do they think of what will await them once they’ve returned to earth, where Pearce’s story is one of the most fortunate outcomes? And did Icarus think the same things as he tried to land that cab double cork so close to the sun?