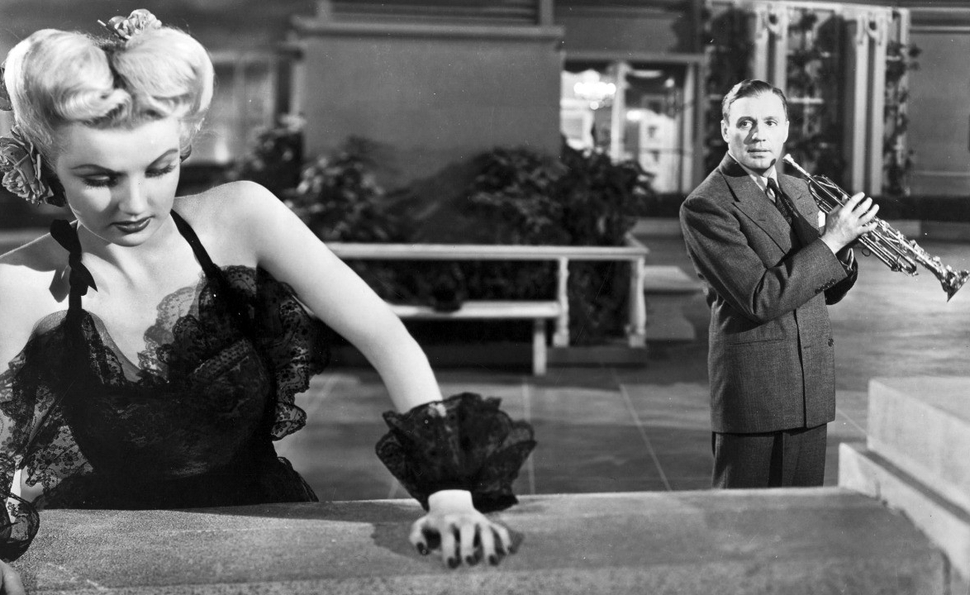 On radio and television, Jack Benny made his film career the subject of one of his many self-deprecating running jokes. Benny made particular comic sport of The Horn Blows At Midnight, a notorious 1945 box-office flop that occupied the same role in Benny’s shtick that Death To Smoochy does in Jon Stewart’s. For years following its release, Benny referenced The Horn Blows At Midnight to poke fun at what he depicted as his perpetually faltering film career. But Benny’s film sideline was more impressive than his digs would suggest—and it would have been even more impressive if Benny hadn’t died not long after getting cast in The Sunshine Boys, which instead reignited George Burns’ career. Like Death To Smoochy, The Horn Blows At Midnight is notable as more than a walking punchline for a beloved comedian.

The film’s pronounced failure at the box office seems partially attributable to timing. It was released a mere eight days following the death of Franklin Roosevelt, when a nation mourning its long-standing patriarch wasn’t salivating for an irreverent comedy about death, the afterlife, and the apocalypse. But in retrospect, it’s remarkable that the film got made in the first place, given its premise, which is irreverent to the point of heresy. Here’s a film that offhandedly refers to the creation of Earth as a six-day, slapped-together rush job, and doesn’t seem too worked up by the prospect of armageddon. The film’s premise is so dark that the filmmakers need to explicitly posit it as the daydreaming fantasy of an arrogant violinist to make it even vaguely palatable; even then, audiences had no trouble rejecting it.

True, Benny had starred in a beloved comedy about Nazis a few years earlier with To Be Or Not To Be, but that had the benefit of the Ernst Lubitsch touch. It’s likely only someone like Lubitsch or Preston Sturges could get away with a movie like The Horn Blows At Midnight from a commercial as well as creative standpoint. Instead, Horn was directed by Raoul Walsh, who illustrates an admirable concern with making the film work cinematically as well as comedically. Walsh ensured that the film would be much more than a delivery system for jokes, though it works splendidly as that as well. The film’s casual technical virtuosity is most impressive during soaring overhead shots of heaven’s orchestra that represent a remarkable fusion of artistry and technology. Though it barely passes the 75-minute mark in length, the film benefits from an epic scope befitting a story that spans heaven and earth, this world and the next.

A smartly cast Benny stars as Athanael, an orchestral trumpeter who falls asleep during the taping of a commercial for Heavenly Coffee and dreams he’s a trumpeter in heaven’s orchestra, given the job of blowing a horn at midnight that will signal the destruction of a small, insignificant planet called Earth. Athanael gets the gig in part because of his girlfriend’s overly kind endorsement and in part because, as he’s gruffly informed, if he fails, he’s the angel least likely to be missed.

So with a song in his heart and zero sentimental attachment to human beings as a species, Athanael takes an elevator that transports him from heaven to the art-deco luxury hotel where much of the film’s action takes place. He’s soon surrounded by thieves, con artists, scammers, and fallen angels Osidro (Allyn Joslyn) and Doremus (John Alexander), who traded in the antiseptic perfection of heaven for a scuzzier but more lively existence as low-level criminals. Osidro and Doremus are among the film’s most divine comic creations, incorrigible schemers and dandies who act as the devils on Athanael’s shoulders, trying to corrupt him into abandoning his heavenly duty to help destroy earth in favor of pursuing a sideline in the stolen clothes racket—specifically, the “hot girdle” business.

Whether products of heaven or earth, everyone has an angle in The Horn Blows At Midnight, and while the screenplay gets a lot of mileage out of the fish-out-of-water aspects of an angel on Earth, the funniest and darkest gags delight in the impending prospect of the apocalypse. The film makes an inspired running joke out of Athanael’s glib amusement at the naïveté of foolish mortals oblivious enough to worry about a tomorrow he has firsthand knowledge will never occur.

The Horn Blows At Midnight rarely pauses to catch its breath or give audiences time to catch up as it runs its hapless protagonist through a gauntlet of frenzied business and smart comic conceits over the course of its briskly paced 78 minutes. The film works as a comedy, but there’s a fine frenzy of screwball madness to its fully realized conception of heaven as a glowering bureaucracy, earth as a den of irresistible vice and sin, and the interplay between the two. It also places the film in the esteemed company of fantasy comedies like Albert Brooks’ Defending Your Life and A Matter Of Life And Death, which was released just two years later. As is often the case, the same brazen, idiosyncratic qualities that made Midnight a bomb at the time of its release also make it a quirky, unconventional, audacious winner in history’s more forgiving, indulgent eyes. 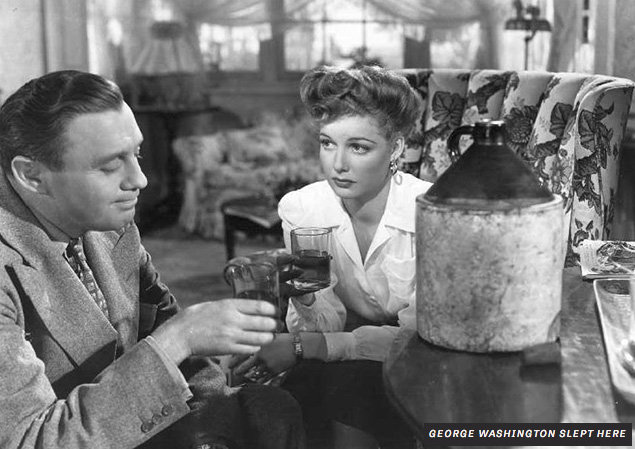 As a jazzy, irreverent comedy about the impending apocalypse, The Horn Blows At Midnight took chances that contributed to its commercial failure, but the 1942 hit George Washington Slept Here stuck to a safe, winning formula that helped pave the way for its substantial commercial success. The film plugged Benny’s dyspeptic persona into a sturdy play from the dependable duo of Moss Hart and George Kaufman, then paired him with a major female star in Ann Sheridan, and well-known character actors like Hattie McDaniel (fresh off her Oscar victory for Gone With The Wind) and Charles Coburn.

Hart and Kaufman’s play revolves around a man who purchases a large, dilapidated old house, then tries to keep it a secret from his wife until she has had an opportunity to fall in love with it. But the filmmakers reversed the gender dynamic, so in this case, wife Connie (Sheridan) buys the house and husband Bill (Benny) is the one who stubbornly refuses to appreciate a house he doesn’t realize his partner has already bought, primarily because it’s such an uninhabitable shithole, but for a number of other factors as well.

Benny was a peerless straight man, famously able to generate laughter from a purposeful pause or subtle facial reaction, and George Washington Slept Here smartly has its lead play straight man to a humorously decaying hovel, his wife’s misguided enthusiasm, and the never-ending onslaught of bad news delivered by the deadpan handyman Mr. Kimber (Percy Kilbride) they hire to fix up the place. The smartly cast lead wields sarcasm like the only weapon he has against the parade of punishment the universe is intent on subjecting him to, and the film’s first two acts pile on the slapstick humiliations. The final act substitutes physical for verbal comedy, as the overwhelmed new homeowners rope in their sketchy Uncle Stanley J. Menninger (Coburn) to help them find a way out of their housing bind.

George Washington Slept Here never transcends or even makes much of an effort to conceal its stagebound origins, but ultimately, it doesn’t need to: What worked onstage works splendidly onscreen as well, though Midnight’s wild flights of fancy can’t help but make the more commercially successful earlier film look a little safe and tepid by comparison. George Washington Slept Here is predictably solid, but The Horn Blows At Midnight illustrates that sometimes it makes sense to mess with a winning formula, even one as dependable as the one that fueled Benny’s enormous success in television, radio, and yes, even film.

Special features: As with most Warner Archive releases, there are none, which is frustrating, especially given The Horn Blows At Midnight’s fascinating history.