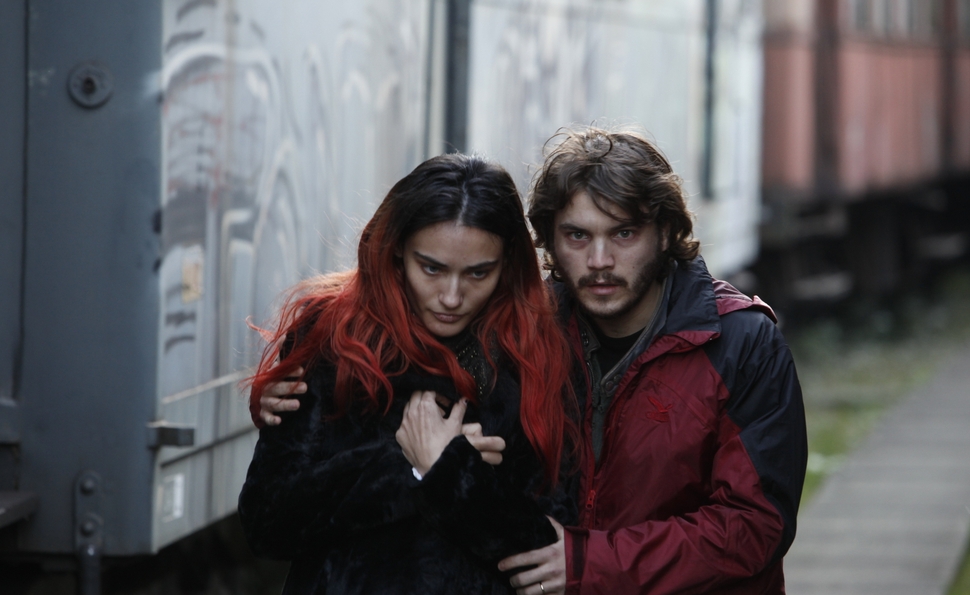 At their humblest, film directors claim most of their work is done once they’ve finished the casting process—that the most important aspect of the job is finding the perfect combination of actors. By that measure, Twice Born is a resounding failure, predicated as it is on a passionate romance between two characters who barely seem aware of each other’s existence, much less madly in love. In this particular case, though, the problem stems from more than the absence of chemistry. An Italian-Spanish coproduction adapted from an Italian novel and set mostly in Bosnia, Twice Born illustrates the perils of today’s financing dictates, which often insist upon an American star whether there’s a suitable role for one or not. Emile Hirsch has no business being in this movie, yet here he is anyway, painfully floundering in a role originally written as Italian. Specifically, the character was Genoese, which presumably involved a host of socio-cultural nuances that have all been jettisoned in favor of generic brash-Yank heartthrobbin’.

For added international confusion, the film’s female lead, Gemma, who’s also meant to be Italian, is played by Penélope Cruz. (This seems less likely to be the whim of some suit; Cruz previously starred in Sergio Castellitto’s Don’t Move, and both films are based on novels by his wife, Margaret Mazzantini.) In the present day, Gemma is happily, though somewhat distantly, married to a military policeman (Castellitto) and has a sullen teenage son, Pietro (Pietro Castellitto, Sergio’s son by Mazzantini—another huge casting error). Out of the blue, Gemma receives a phone call from Gojco (Adnan Haskovic), a Bosnian poet she knew decades earlier, who invites her to attend an exhibit featuring photographs by her long-dead lover Diego (Hirsch). With Pietro in tow, she heads to Sarajevo, and the movie then alternates between extended flashbacks of her ostensibly torrid romance—which begins at the 1984 Winter Olympics and extends through the Bosnian War—and present-day revelations regarding the true story of Pietro’s conception.

Even on the page, it’s hard to imagine this unabashedly melodramatic tale being effective, though the book was a bestseller in Italy). Among other issues, its use of the war feels ickily opportunistic, with the real-life suffering of countless women reduced to a cheap, meaningless plot twist. But at least it’s possible that the central relationship, as originally written for two Italians, had some oomph, rather than being utterly stillborn. Cruz, usually sensual, here somehow achieves a state that can only be called erotic catatonia, and her passivity forces poor Hirsch to compensate by going into full-blown carpe diem manchild mode; every moment they share onscreen creates a gigantic emotional vacuum. Furthermore, since it becomes clear early on that Pietro’s father isn’t Gemma’s husband—both Diego and Gojco are floated as possible candidates—it’s hard to comprehend why Castellitto would cast himself and his own son, who looks just like him (and looks unmistakably Italian), in those two roles. Nearly every superficial element of the movie is badly misconceived; it was doomed before the first scene was shot.