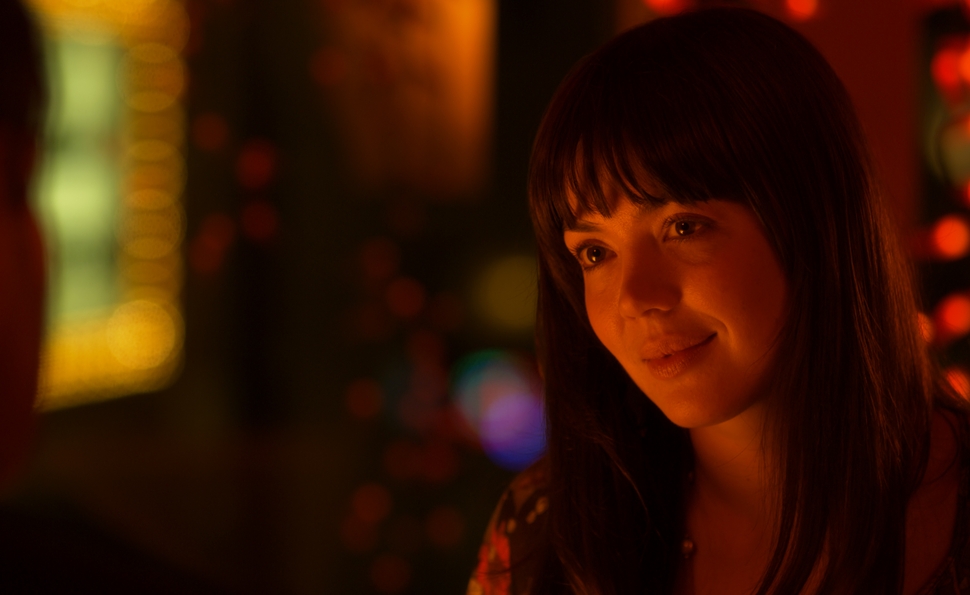 Early on in Crave, detective Pete (Ron Perlman) criticizes freelance photographer Aiden (Josh Lawson), who likes to take snapshots at crime scenes, for having 1992-era “angry-white-man syndrome.” That’s an apt assessment, but it’s also a self-aware gesture that director Charles de Lauzirika wrongly assumes will let him off the hook for doing little more than indulging in Falling Down-style melodrama. Lauzirika’s story focuses on Aiden’s increasing disgust with the crime-ridden world around him, as well as his own inaction toward what he perceives as malignant social issues in need of his intervention. Thus, sitting on the subway, he fantasizes about stopping a guy from harassing a woman by shooting the creep in the leg, a heroic deed that would then net him a public blowjob. Sitting in an AA meeting, he envisions himself sledgehammering the head of a moronic attendee who’s praising the evening’s religious-minded speaker. And when he’s the victim of a convenience-store robbery, he imagines himself blowing away the perp with a barrage of gunfire that would make Dirty Harry blush.

Aiden has constant inner monologues in which he either laments his “cowardice” for not having the guts to make a difference, or curses the many inferior, contemptible people he sees around him. This makes him a borderline psychopath, which somehow escapes Pete, who likes Aiden for reasons de Lauzirika and Robert Lawton’s script never quite make clear. But they are eventually apparent to Virginia (Emma Lung), who lives in Aiden’s apartment building, and for further baffling reasons, decides to sleep with him. Despite that one-afternoon-stand, Virginia senses something is wrong with Aiden, even if she can’t put her finger on it. And since she can’t, she decides to keep seeing him, in the process ignoring the fact that he decorates his apartment building with gruesome crime-scene photos, and laces every one of his sarcastic quips with a hint of underlying lunacy.

Their romance is what passes for Crave’s narrative spine, as the film proves an aimless slog through Aiden’s mutterings and misbehavior. Without any real plot to speak of, momentum quickly dissipates, leaving viewers with plenty of time to consider the way de Lauzirika’s aesthetic—a combination of dour hues and blinding lens flares—combines the griminess of David Fincher’s work in Fight Club and the flashy sleekness of J.J. Abrams’ cinematography in Star Trek.

As embodied by Lawson, Aiden is meant to be pathetic and misguided, yet inherently empathetic. But his craziness quickly proves repugnant, and worse still, clichéd; his rambling grievances turn him into a second-rate Travis Bickle. A climax in which Aiden finally does act, to tragic ends, is drawn out to the point of ludicrousness, all so Lawson and Edward Furlong (as Virginia’s former beau) can re-enact some strange, embarrassing Reservoir Dogs pantomime. Then again, it’s a fittingly derivative end—at least until a wacko attempt at an optimistic closing note—given that Crave is nothing but empty movie-shout-out posturing.