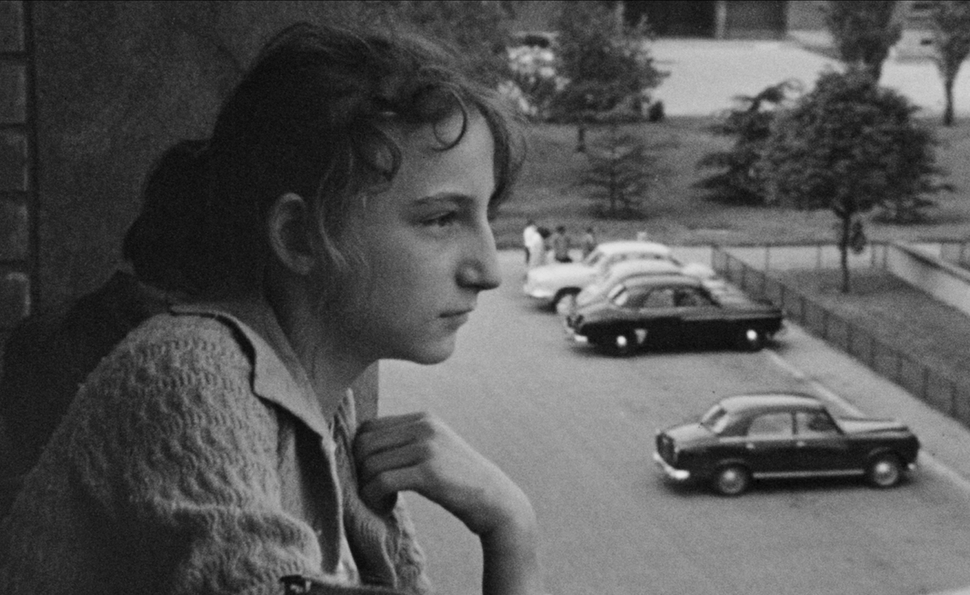 In 1960, Jean Rouch and Edgar Morin waded into the streets of Paris armed with a cutting-edge sync-sound camera system and a single question: “Are you happy?” The result was Chronicle Of A Summer, a foundational work of what Morin called cinéma vérité. Although the term soon became equivalent to what Robert Drew and his collaborators on the other side of the Atlantic were calling “direct cinema,” in Morin’s formulation, it was something close to the opposite of “direct.” There was no attempt to minimize the presence of the camera, no illusion of transparency: The process was more akin to a laboratory experiment than an apparently unmediated slice of life. What he and Rouch aimed to capture, Morin said, was the way each person reacted to being filmed—“the truth of cinema, not the cinema of truth.”

Not quite two years later, in May 1962, Chris Marker and Pierre Lhomme set out on a similar mission and produced Le Joli Mai, which Icarus Films has issued in a restored two-disc edition. As in Chronicle Of A Summer, the Algerian war of independence, which in 1962 was coming to an end, serves as a running theme, but Le Joli Mai’s interests are more fluid and mercurial. During one interview, Lhomme, who served as the cameraman, lets the camera drift from the speaker’s face to a spider crawling up his suit. The effect is not to discredit him or lodge a sly comment on his words, but to acknowledge that life, or even the camera’s attention, can’t be contained within the artificial framework of an interview.

Where Chronicle identified and developed characters in what has become standard documentary practice, Le Joli Mai is structured as a series of encounters—some arranged, some occurring by chance; some fleeting, others long. “We forbid ourselves from deciding for people,” Marker said in a 1964 statement reprinted in the DVD’s booklet. “I tried on the contrary to listen to them, to lead them, of course, to a certain number of topics that seemed important to me and which were the topics I had wanted to talk about; but ultimately to let them be themselves.”

What seems important to Marker—although given his lifelong obsession with anonymity and the fact that the credits list several “investigators,” it’s never clear if or when it’s him asking the questions—is politics. Not just the imminent conclusion of France’s colonial era, but the condition of trade unions and the Communist party. There are references to public demonstrations, some of them ending with protestors killed by the police, and tense courtroom trials whose specifics Marker either was confident contemporary French audiences would understand, or considered relatively unimportant to the shape of the film, or both.

Le Joli Mai is characterized by a give-and-take between topical specifics and more abstract philosophy. The film lingers at length on subjects who apparently need little encouragement to move between those modes. Two architects balefully discuss the dehumanizing condition of new housing for the poor; then one muses on an alternative model inspired by Babar The Elephant’s wife, Céleste.

Marker set out to make a social document, a record and an examination of where his fellow Parisians’ heads were. But more than what they thought, Le Joli Mai is interested in how they thought. Although it’s superficially similar to Marker’s Grin Without A Cat, the movie is in some ways a subtle anticipation of Marker’s Sans Soleil, whose slippery, allusive editing techniques are as close as anyone has ever come to capturing on film the way the human mind works. Here, it isn’t one mind, but dozens, or perhaps it’s an X-ray of the nation’s collective consciousness, in all its contradictions. Toward the end, the film’s narrator—Yves Montand in the French-language version; Simone Signoret in English—reads a list of statistics for the period the film covers: How many Parisians born, how many dead, how many suicides, how many marriages. There is, that litany suggests, no way of considering one without the other, or of dealing with the thoughts we’re eager to express without the ones we dare not share.

Although it isn’t externally marked as such, Icarus’ Le Joli Mai is something of a director’s cut, trimmed by some 20 minutes, including one 17-minute sequence Marker suggested should be removed when the film was restored in 2009. There’s unfortunately little more information about what was cut or why, apart from an explanation that Marker felt the film was rushed to theaters in 1964, but the 146-minute cut is still half an hour longer than versions that have circulated in the U.S. previously.

A second disc includes about 45 minutes of contemporaneous short films, including Catherine Varlin’s “Playtime In Paris” and Jean Ravel’s “A Distant Gaze…,” but the most useful extras are the multiple texts included in the booklet: two apiece by Marker and Lhomme, a recollection from sound engineer Antoine Bonfanti, and a brief glossary of political terms and events.