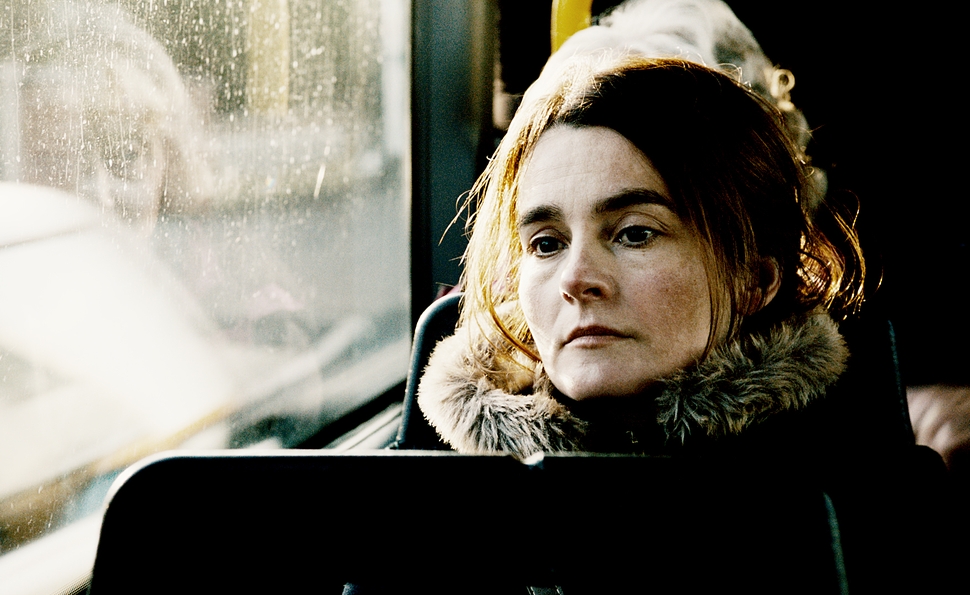 There are many ways to mark the passing of time. One is by the arrival of a new Michael Winterbottom movie. In the 18 years since Butterfly Kiss, Winterbottom has gone only one year without a theatrical release, sometimes stacking two films atop each other in a single year. But despite his jam-packed schedule, Winterbottom found time while filming A Mighty Heart, A Summer In Genoa, The Shock Doctrine, The Killer Inside Me, Trishna, and all six parts of The Trip to film Everyday, which was captured in chunks over a five-year span.

Everyday’s subject is, appropriately, the passage of time, specifically as it’s lived by the imprisoned Ian (John Simm), serving time for some sort of theft, and his wife, Karen (Shirley Henderson). It registers most visibly in their children, played by real-life siblings Shaun, Robert, Katrina, and Stephanie Kirk, whose physical transformations come as an ongoing series of shocks. But it’s also in Simm and Henderson’s faces, which seem to age as much through acting as middle-aged wear and tear.

There’s very little beyond that basic premise to Everyday, which was written by Winterbottom and Wonderland/Genoa’s Laurence Coriat. It’s the real-time equivalent of movies built around the weight gain or loss of well-known actors, where their altered appearance is the only reason to stick it out to the end. Everyday isn’t just about time; in a sense, that’s all it is.

Perhaps fittingly, part of the problem with Everyday is that it’s too short, both in micro and macro terms. Ninety-odd minutes isn’t long enough to make the full weight of the elapsed time register; while it’s obviously simplistic to equate time inside and outside the frame, it’s hard to challenge the principle that movies outside the 90- to 120-minute comfort zone—the Jeanne Dielmans and Sátántangos of the world—go to work on their audiences in different ways. But the way Everyday’s individual scenes are assembled makes it difficult to go along with Winterbottom’s experiment. Perhaps to paper over the inevitable discrepancies between what ended up being five different cinematographers, the film has a nondescript handheld style and is cut to a quick pace, so no moment really has time to breathe. The soundtrack is mostly natural(ish) sounds—the hum of traffic, the sawing of wind—except for Michael Nyman’s overbearing score, which seems to have airlifted in its tootling woodwinds from a 1950s melodrama.

It’s always a joy to see Henderson, who during the course of the film goes from looking slight and almost girlish to haggard and worn-down. But though Karen is the closest Everyday has to a central character—Ian is almost never glimpsed alone in prison—it isn’t really from her point of view. The film’s intermittent structure—shoot for a bit, go away for a year, come back—only makes sense as a representation of Ian’s perspective. He’s the one who’s missing his children growing up, seeing them only at intervals and for brief periods of time. Karen is living every lonely minute, tempted by and eventually giving in to the advances of a family friend, but never able to rebuild the stability she lacks. There are fleeting stabs at developing the children as well: a little girl who’s reluctant to talk; an older one who fires a gun in secret, and takes a stab at shoplifting. But it all comes to naught. All it takes to reveal the futility of Everyday’s exercise is a brief reference to Ava DuVernay’s Middle Of Nowhere, a vastly superior film about a wife waiting for her husband to do his time. It’s more conventional in some ways, but it’s also more fully thought-through, and doesn’t treat its characters as placeholders in a filmmaker’s parlor game.