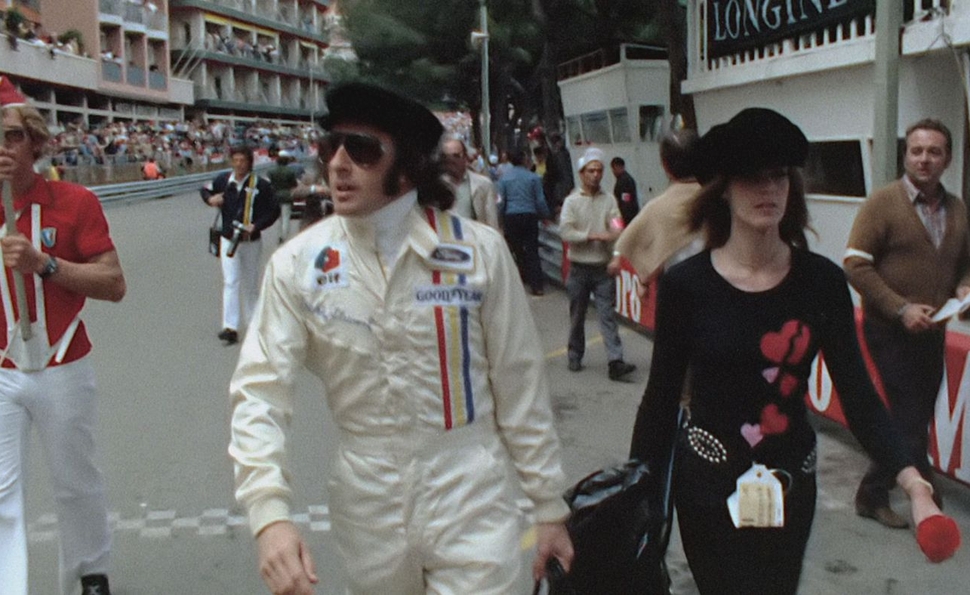 Weekend Of A Champion

In Weekend Of A Champion, a long-lost documentary about racing in the early 1970s, produced by Roman Polanski, the great race-car driver Sir Jackie Stewart describes being in the middle of a hotly contested race as an out-of-body experience, where adrenaline takes over and puts the driver in something resembling a state of grace. For a racer in the zone, the outside world disappears, permitting a monomaniacal focus on the task at hand. Then the spell wears off, and the racer again has to confront the million different dangerous variables that constitute a race at the highest levels of the sport.

Stewart has thought deeply, insightfully, and extensively about the art and science of racing, and the infinite seemingly insignificant factors that separate a successful driver from an unsuccessful one—and, more significantly, a driver who lives to race again from one who dies in a fiery crash. For Stewart, a little information and strategy can mean the difference between life and death. And when Weekend Of A Champion was filmed, then forgotten, racing was only slightly safer a profession than starring in snuff films or being a kamikaze pilot in World War II.

In the film’s most jaw-dropping moment, Stewart’s wife Helen casually states he’s in a league of his own because the five racers who were professionally closest to him all died in crashes. So when Stewart spends much of Weekend Of A Champion thinking out loud while trying to figure out all the angles, his caution is both essential and understandable.

In the recently filmed epilogue to Weekend Of A Champion, it comes out that Stewart dropped out of school at 15 and experienced considerable difficulty reading and writing due to his undiagnosed dyslexia, but he was clearly an intuitive genius when it came to racing. The film follows Stewart over the course of a rainy weekend in Monte Carlo, as he prepares for a race and everything that comes after.

Like the similarly rediscovered gem When We Were Kings, which chronicled the circus when Muhammad Ali and George Foreman faced off in Zaire, Weekend Of A Champion is about the spectacle and media frenzy surrounding a glamorous continental sporting event as much as the event itself. The film captures Stewart as he attempts to maintain the laser focus necessary to triumph in the blinding glare of photographers, autograph-seekers, and everyone else intoxicated by the pageantry of the event.

Stewart is a fascinating subject, in part because he’s a champion of his field and a man with unique insight into racing, but also because he has leading-man looks, rock-star charisma, and the kind of rich, full sideburns lesser men dream of some day possessing. The film basks in the reflected glow of his sexy early-1970s glamour. Polanski, who functions in the film as Stewart’s pal and sidekick, is clearly enamored of him. When captured in the same frame, Stewart even looks like the man Polanski might become, were he to grow a foot taller, and if his features became sharper and more handsome.

Weekend Of A Champion is an immersive chronicle of a specific time and place in racing, but it’s also a film in a familiar Polanski mode, exploring a strong man at war with forces that could destroy him. Death hangs heavy over Weekend Of A Champion as the price Stewart will have to pay for even a minor miscalculation.

With a few notable exceptions, the filmmakers opt for a cinéma vérité approach that thrusts viewers into the action with little context or exposition. So it’s jarring when the early-’70s action abruptly gives way to 20 minutes of Stewart and Polanski looking back on the weekend captured in the film from the perspective of old men astonished at their youthful heroics. This epilogue provides a fascinating reverse angle on the action of the film, as Stewart confesses how overwhelmed he felt that weekend, and discusses his long, apparently successful campaign to make racing less of a nightmarish deathtrap than it was in the film. In the closing segment, Stewart and Polanski both seem vaguely astonished that Stewart has managed to live to a ripe old age. Weekend Of A Champion takes audiences close enough to the brink of oblivion to really drive home what a remarkable accomplishment that represents.