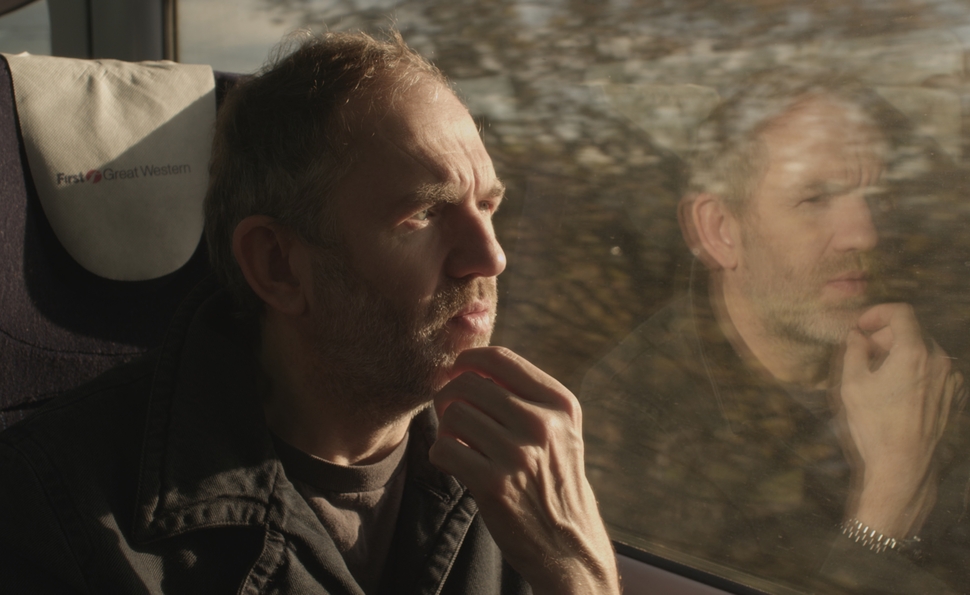 Anton Corbijn Inside Out

Anyone who’s followed the career of photographer/filmmaker Anton Corbijn probably imagines he spends his spare time walking slowly through barren landscapes while solemnly staring off into the distance. Well, guess what? Judging from Klaartje Quirijns’ documentary Anton Corbijn Inside Out, that isn’t too far from the truth. At one point in Quirijns’ film, Depeche Mode’s Martin Gore says that contrary to his reputation, Corbijn is a funny guy who keeps the band members in stitches whenever he works with them on their music videos and publicity stills. But there isn’t a lot of that side of Corbijn in Inside Out. Quirijns begins her movie with a shot of her subject lying immobile on his couch, too lost in thought to move. That sets the tone. In Inside Out at least, Corbijn is a terribly serious guy.

Corbijn first became a well-known name to rock connoisseurs in the 1980s, when his grainy, atmospheric photographs of U2 helped define the band’s image. (Or at least gave U2 the same mystique Corbijn brought to Joy Division a few years earlier.) In the 1990s, Corbijn became more widely known for his music videos for U2, Depeche Mode, R.E.M., Nirvana, and others. Over the past decade, he’s made the well-reviewed feature films Control (a biopic of Joy Division’s doomed frontman Ian Curtis) and The American (an arty hitman movie starring George Clooney). Corbijn hasn’t abandoned any of his prior disciplines when he’s tried something new. He works as much now as he ever did, to the extent that in Inside Out, his sister worries that his body and mind are going to break down one day from overuse. That’s one of the main impressions Quirijns means to leave with this documentary: that after growing up in austerity, as the son of a not particularly affectionate pastor, Corbijn has a burning need to lead a productive life, and to capture on film his own feelings of isolation and alienation.

While Anton Corbijn Inside Out was being shot, Corbijn was working on The American, and doing photo shoots with The Arcade Fire, U2, Lou Reed, and Metallica for their respective album projects. Corbijn is fairly articulate about his own work—he suggests, for example, that the reason people rarely interact in his photos is because he spent his formative years in a house where no one really talked to or looked at each other. But Inside Out’s best moments come when the musicians Corbijn has worked with over the years explain why they need him. Gore talks about how Corbijn lent gravity to Depeche Mode at a time when the band was being dismissed as frivolous techno-pop, while Bono says that from the first picture Corbijn took of U2, he dedicated his life to becoming the person he looked like through Corbijn’s lens. The men of Metallica practically gush over how it feels to become characters in “Anton Corbijn’s world.” (“He can make anyone look cool,” Metallica’s Kirk Hammett says.)

But the reason those other voices are so necessary is because Anton Corbijn Inside Out is damnably stingy with expert analysis of Corbijn’s art. And Quirijns doesn’t seem interested in hard biographical data, either. There’s no attempt to organize the events of Corbijn’s life into a chronology, or to trace his evolution as an image-maker. Aside from the rare moment when Corbijn explains why he hates digital cameras, or when he’s on The American set working out blocking with Clooney, there isn’t much here about process, or even much admiration of the outcome. It’s a pleasure just to spend 85 minutes looking at Corbijn’s photos and videos, but as a character sketch (which is really all this documentary is), Inside Out is, perhaps appropriately, pretty spare.