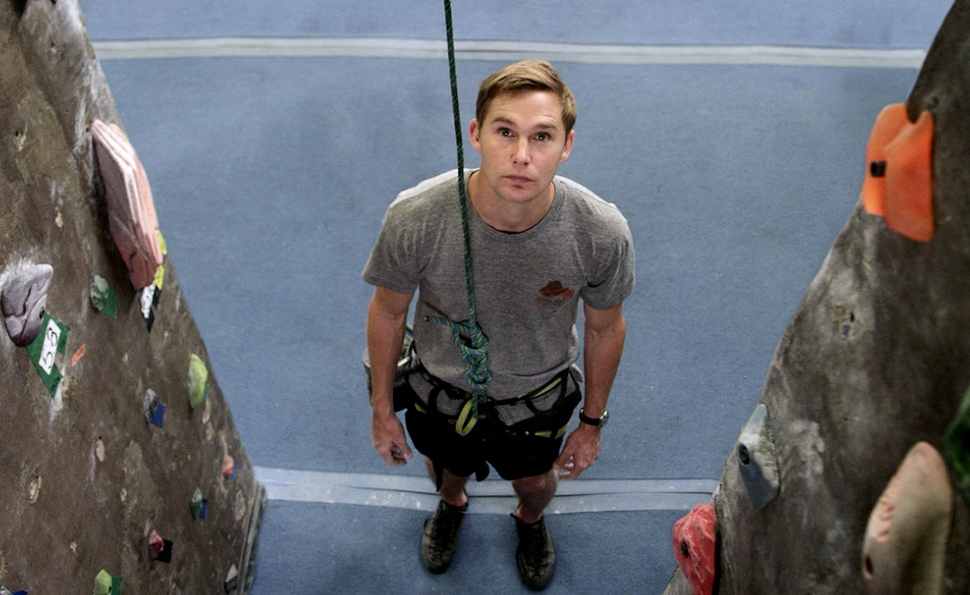 Some movies are much stronger in execution than in conception—they do pedestrian things extremely well, and usually pass the time agreeably, if not much else. More frustrating, and less common, is the opposite type of movie, much stronger in conception than in execution. The general shape of something special is abundantly clear, but individual elements are too lackluster to make it work; the overall feeling is one of wasted potential. Walter Strafford’s debut feature, Kilimanjaro, falls into this sad category. By the end of the film, it’s easy to look back and be impressed by its attempt to subvert the stereotypical feel-good indie drama, which it resembles for the vast majority of its running time. Trouble is, getting there requires sitting through one painfully dull scene after another. The movie’s stealthy conceit doesn’t require the lack of originality, wit, or inspiration—it’s just mediocre filmmaking.

Like many indie dramas, Kilimanjaro begins with a breakup. Doug (Brian Geraghty) and Clare (Alexia Rasmussen) don’t have a big fight. They’re just vaguely bored with each other, and when Clare suggests that maybe she should move out of the apartment they share, Doug doesn’t argue. But her absence leaves a gaping hole in his life that neither his unrewarding job at a publishing house nor his party-hearty best friend Mitch (Chris Marquette) can fill. One night while channel-surfing, Doug stumbles onto a documentary about Mount Kilimanjaro, and impulsively decides to climb the mountain, although he has no experience whatsoever as an outdoorsman. Coincidentally, his training regimen continually finds him crossing paths with a fetching young woman, Yvonne (Abigail Spencer), and they seem much more compatible than Doug and Clare. What’s more, his need to take his vacation in August, so that Mitch can accompany him on the climb, forces him to finally confront his domineering boss (Jim Gaffigan).

Thankfully, Kilimanjaro doesn’t turn out to be the rote journey of self-discovery that the above summary suggests. Strafford, who also wrote the screenplay, is a grim realist, and his movie ever-so-slowly demonstrates the various ways in which life tends to muck up our grandiose plans for total reinvention. Kilimanjaro functions here much like Brazil does in Terry Gilliam’s film: as a shimmering ideal that its hapless protagonist can never attain. In particular, the film’s use of Yvonne, the new woman in Doug’s life, is magnificently cold-blooded—not because she’s revealed as a horrible person (the cynic’s way out), but because her abrupt departure reflects the kind of maddening, unsatisfying botched romance that happens all the time in real life, but is virtually never seen in movies. Likewise, Doug and Clare’s strained effort at friendship after their split, complete with misguided comfort sex, will be uncomfortably familiar to many.

So that sounds pretty great, no? And it would be, were most of the film not so damn blah. The biggest liability by far is Geraghty, a blandly handsome actor who, like Cary Elwes before him, is only interesting when playing sharply against his white-bread wholesomeness. Here, his recessiveness makes Doug seem like a slightly depressive version of Happy Days’ Richie Cunningham—someone with no inner life whatsoever, whose troubles aren’t worth anyone’s attention. But even a more charismatic actor would still have been saddled with Strafford’s bluntly functional dialogue, and trapped in his drab compositions. Apart from its conceptual bait-and-switch, Kilimanjaro has nothing much to offer. The big picture looks terrific in retrospect, but from moment to moment, it just sits there, inert.