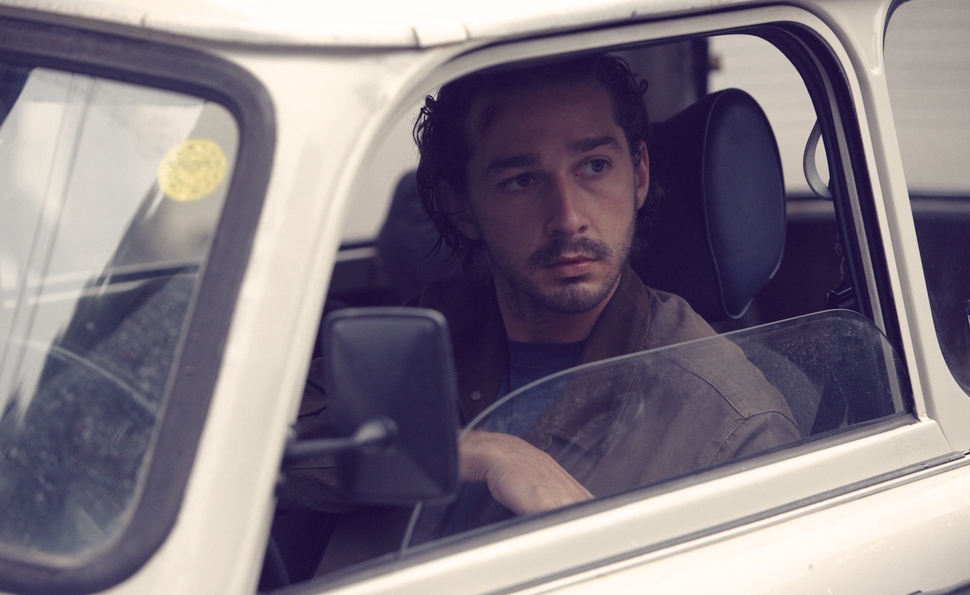 Europe has long enjoyed a mixed reputation as a place where callow young Americans in their late teens and 20s can either find themselves over the course of an intense, transcendent spiritual journey, or get viciously beaten by thugs connected to organized crime after falling for the wrong person, or even opening the wrong door. Fredrik Bond’s tedious romantic comedy-drama Charlie Countryman explores both these conventions through the tale of the titular spiritual seeker, an exhausted-seeming young man (Shia LaBeouf, continuing to shake off the unwanted baggage of his wholesome child-star image) gifted and cursed with the ability to speak to dead people. For instance, after his mother (Melissa Leo) dies, she appears in a vision and suggests a trip to Bucharest, so on a whim, Charlie books a flight.

On the plane ride to Eastern Europe, he encounters a twinkly-eyed codger who dies but leaves Charlie with some unfinished business involving the man’s troubled daughter Gabi (Evan Rachel Wood). Early in their relationship, Gabi bitterly tells the smitten Charlie that he probably sees her in clichéd terms, as a vulnerable, young, exotic woman in need of saving. But acknowledging that Gabi represents a stock figure in both the arts and the American imagination doesn’t render her any less of a clumsily accented cliché.

Lovesick and lost, Charlie follows Gabi around the sketchiest streets of Romania like a puppy, hoping she has the cure for the existential angst that has afflicted him since his mother’s death. He’s eventually caught in the crossfire of a vicious competition between rival criminals, a glowering heavy named Darko (Til Schweiger) and an unhinged crime boss named Nigel (Mads Mikkelsen), who inconveniently happens to be married to Gabi, and doesn’t take kindly to the American interloper’s interest in her. Meanwhile, a pale, sickly looking Rupert Grint, of the Harry Potter franchise, joins the naughty-ex-child-star brigade as a fellow experimenter in sensory derangement who takes inadvisedly heavy doses of ecstasy and Viagra alongside Charlie, and pays a mighty physiological cost for his experimentation.

LaBeouf reportedly took acid to prepare for the psychedelic scenes in Charlie Countryman, and the film aspires to the kaleidoscopic, hallucinatory, drugged-up surreality and disorientation of a waking dream or extended acid trip. Yet this visually overdriven, woefully underwritten exercise in style for its own sake ends up feeling more like a 103-minute music video, with the dubious added attraction of former child stars tripping balls and marinating in the sleaze and debauchery of Eastern Europe. Charlie Countryman feels like the cinematic equivalent of a dodgy first novel, the kind authors write when they’re young and full of romance, hubris, and pretension—then look back on later in life with something approaching mortification.