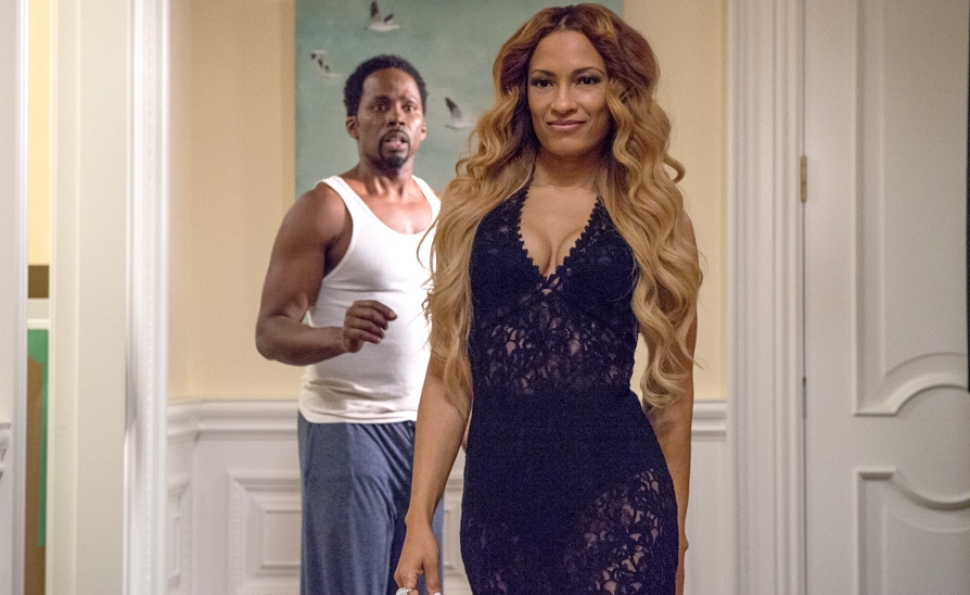 When a modestly successful 1999 comedy-drama like Malcolm D. Lee’s winning directorial debut The Best Man receives a follow-up nearly a decade and a half later, it invites the question, “Why?” Why revisit these particular characters so long after their original adventures? Why, beyond the infernal demands of commerce and possibly the results of focus-testing, green-light a sequel this late in the game?

Lee’s tardy sequel, awkwardly titled The Best Man Holiday, does a surprisingly good job of justifying its existence beyond bathing its characters in a golden Yuletide glow that makes their glamorous lives shimmer even more brightly. Writer-director Lee—cousin of Spike, who produced the film and its sequel through his company—clearly has enormous affection for his characters. It’s easy to see why. In The Best Man, Lee created what Quentin Tarantino calls a “hangout movie,” populated by characters so funny and engaging that viewers want to spend time with them over and over again. The Best Man fans appear to have done just that through television and home-video re-watching, and it’s a pleasure to catch up with these characters as they approach the complexities and compromises of middle age with all manner of literal and figurative baggage.

The film begins with a montage chronicling its characters’ respective career paths following The Best Man. The whole gang is doing exceedingly well, with some caveats that come into play over the course of the film. Harper Stewart (Taye Diggs), the author whose autobiographical novel caused such a stir in The Best Man, has become an academic and author, albeit one whose latest manuscript has just been rejected by every publisher in town, and who has just been fired by NYU. In a desperate bid to resurrect his fading career, Harper sets out to convince his former best friend Lance Sullivan (Morris Chestnut), a football superstar on the verge of beating the all-time rushing record, to let him ghostwrite his memoir, despite Lance’s lingering resentment toward Harper for having slept with Lance’s saintly wife Mia (Monica Calhoun) many years earlier.

Lance and Harper’s buddy Julian Murch (Harold Perrineau) seems well on his way to becoming a major-league intellectual until the stuffy benefactor of the school he runs finds out that Julian’s wife and co-worker Candace (Regina Hall) is definitely a former stripper and quite possibly a former prostitute, and withdraws his contributions to the school. Terrence Howard rounds out the quartet of male friends as Quentin, who has become a successful businessman since the first film, yet still wields a ribald wit and a stiletto-sharp gift with a devastating one-liner.

Though Lee has a gift for writing funny, confident women, they take a back seat to the men over the course of the film’s Christmastime reunion at Lance’s enormous mansion, where most of the action takes place. Mia nurses a tragic secret that renders her even more of a saintly martyr than she was in the first film. Harper’s extremely pregnant wife Robyn (Sanaa Lathan) is on hand primarily for the sake of the big delivery scene, and Harper’s friend and love interest Jordan (Nia Long) is similarly given little to do but show up with a rich white boyfriend, who then ducks out for most of the film. Of the quartet of female leads, only Melissa De Sousa makes a strong impression as Shelby, the female answer to Quentin, a sharp-tongued, man-eating cast member on a trashy reality show who creates chaos and disorder wherever she goes.

The Best Man was Howard’s star-making film, and the vinegary naughtiness of his performance here slashes through the film’s periodic fits of sanctimoniousness and piety. At a certain point, however, those qualities take over, and the film never quite recovers. Lee is smart to use Howard selectively, so each utterance and appearance has maximum impact, but he unwisely lets Quentin fade into the background as the film devotes itself to subplots best left on the cutting-room floor, particularly Lance’s attempts to set the rushing record—on Christmas Day, no less.

The Best Man Holiday alternates smoothly between raucous comedy and soap opera for a solid hour. Like The Best Man, it’s smart, funny, sexy, smooth, and blessed with terrific chemistry and a wonderful cast that picks up where it left off as if 14 days had passed since the previous film, not 14 years. Lee knows his audience and his characters, and he hits a generational sweet spot in crowd-pleasing setpieces like one where the fellows all don matching outfits to lip-sync an R&B ballad for the ladies.

Yet the balance begins to tip toward leaden melodrama in the crazily overloaded third act, which speeds past the line separating crowd-pleasing from crowd-pandering. It’s as if Lee spent the years between The Best Man and its sequel continually adding new subplots, speeches, and climaxes to the film, without ever removing anything for the sake of balance. In the final act, Lee throws in everything short of a coming-out, a bar mitzvah, the revelation that a main character is a vampire, and a satanic orgy. For all its faults and frenzied over-reaching, The Best Man Holiday marks a return to form for the talented filmmaker. And if he keeps to his current schedule, hopefully Lee will stick the landing when the Best Man trilogy concludes sometime around 2027.