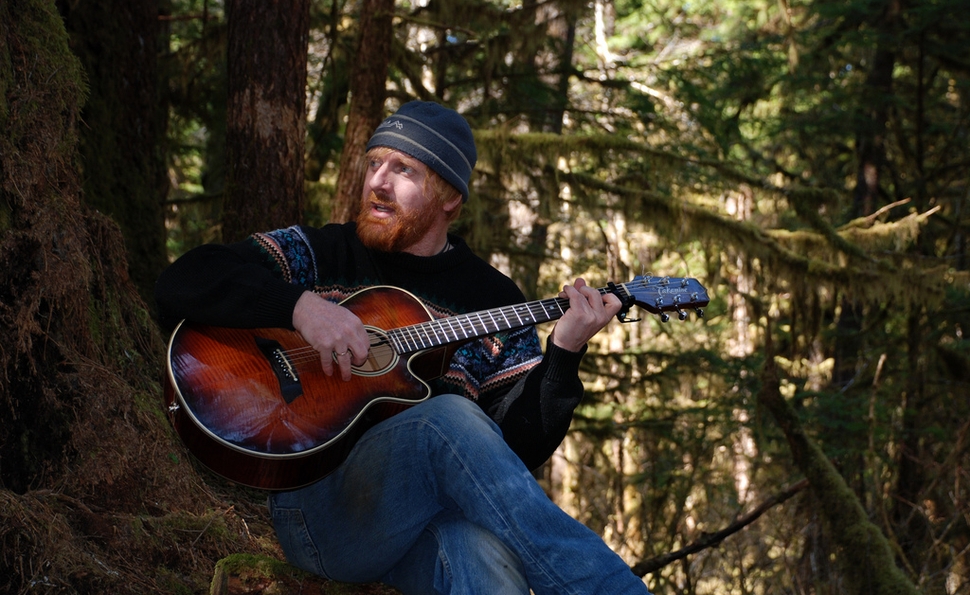 The intersection of the mainstream music industry and the environment seems like it should be limited to charity concerts and the occasional soft-rock album cover. Maxine Trump’s Musicwood delivers a more pointed look at the relationship between art and commerce that brings acoustic-guitar manufacturers and logging corporations to a crossroads, if not an outright impasse.

Trump’s handsomely mounted documentary shares its name with a coalition headed up by Greenpeace that sought to involve guitar companies like Martin, Taylor, and Gibson in the responsible harvest of spruce trees from Alaska’s Tongass National Forest—at 17 million acres, the largest in America. Although guitar companies only contribute to a fraction of the business of clear-cutting large swaths of trees, such practices look unsustainable. With the help of the Sealaska Corporation, through which Native Americans have been delegated land as part of a reparations process, all parties seek a balance between protecting art and preserving nature.

Trump expands the conversation to include a handful of musicians, like Steve Earle and Yo La Tengo, who rightfully voice concerns as artists/consumers, and contribute to the soundtrack. Their participation is cursory at best, what with Greenpeace, Sealaska, and guitar manufacturers already forming a triangle of conflicting and complementary interests compelling enough to anchor the film. Musicwood cleanly establishes each party’s concerns, to the extent where the film’s first hour runs the risk of resembling a well-documented PR stunt rather than proper journalism.

Things only start to get really interesting once the back-patting accord proves too good to be true. One manufacturer is raided by the government for allegedly illegally importing ebony from Madagascar. (Ebony, spruce, and Brazilian rosewood are equally sought out for a prime guitar body.) Sealaska draws local controversy for its perpetual failure to spread the wealth beyond board members to their impoverished tribesmen, and for the aggressive legislative action meant to grant them even more of the forest. And each new hurdle keeps Greenpeace from helping the company obtain the Forest Stewardship Council certification that would appease conservationists while letting Sealaska charge more for its timber, while hopefully harvesting less in the long haul.

Both the film and its subjects express a deep-seated reverence for the land itself, yet Musicwood becomes more compelling as people lose their sincerity and start acting in service of their respective agendas. Trump documents these parties’ concerted efforts toward change while acknowledging that an all-purpose solution remains out of reach. As the rare overlap between music doc and advocacy piece, Musicwood is hopeful about a relatively unsung issue without necessarily being naïve.