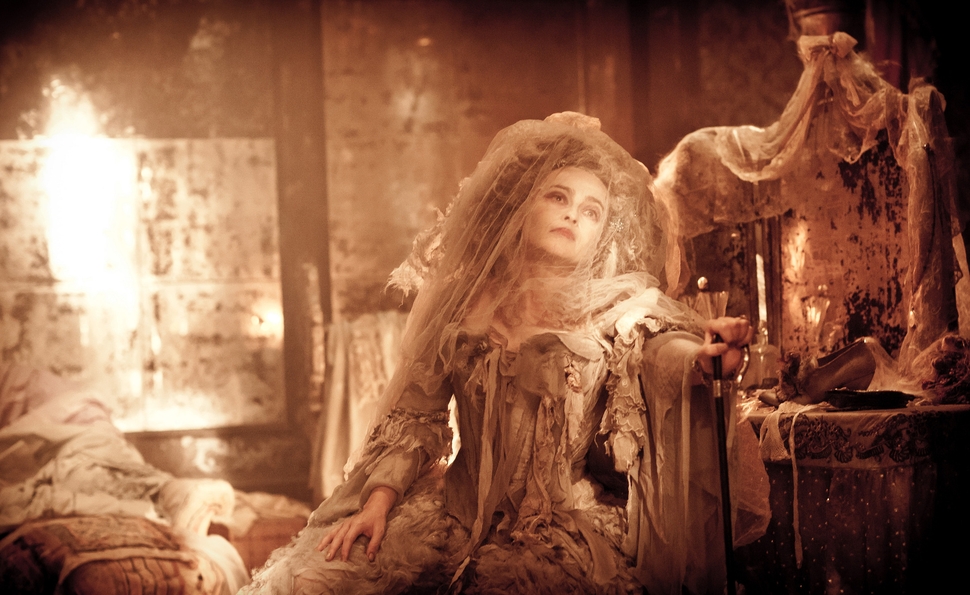 Apart from Shakespeare and J.K. Rowling, Charles Dickens might be the entertainment industry’s favorite English-language writer. His stories have never faded from the public consciousness in the century-plus since their publication, thanks to the never-ending iterations that emerge across every performance medium, from little Oliver dancing across a Broadway stage to A Muppet Christmas Carol. The titles of Dickens stories are deeply familiar, even for those who never read the source material, and this endless fascination with him is self-regenerating, in that every new adaptation provokes debate over how the next could improve upon it.

Great Expectations, in particular, has seen a wealth of new adaptations in recent years, after decades of dominance from David Lean’s critically and financially successful 1946 film. Between Alfonso Cuarón’s 1998 Americanized take, the reviled 2000 South Park version, a 2011 BBC miniseries the New York Times said “represents literary adaptation at its most monotonous and wrongheaded,” and 2012’s stage production in London’s West End, the expectations for a new Pip origin story in 2013 are… well, not great.

Yet while the latest Great Expectations is unnecessary (it was also produced by a branch of the BBC, perhaps as atonement for the miniseries) it’s somehow endearing. Director Mike Newell has delivered an easily digestible, though visually plain, take on the classic, much as he did for Harry Potter And The Goblet Of Fire—that other British literary institution. Newell brings the tale a brisk touch, avoiding the fate of Victorian costume epics bloated by too much window-dressing.

It helps that the source material is one of those stories that’s truly timeless, full of mystery, high comedy, and rich characters across an epic span of time. Pip, the orphaned blacksmith’s apprentice (Jeremy Irvine), spends his childhood suffering from the cruelty of his older sister (Sally Hawkins, fully embodying the grotesqueness of a Dickens villain) before an encounter with wealthy, demented spinster Miss Havisham (Helena Bonham Carter) and a subsequent fortune from a mysterious benefactor put him on the path to becoming a member of London high society. When given the chance, Pip is all too eager to reject the companionship of his simpleminded but well-meaning brother-in-law Joe (Jason Flemyng), so he can rise to a stature acceptable to his beautiful, cold-hearted crush Estella (Holliday Grainger).

Screenwriter David Nicholls compresses large chunks of the novel, and excises some characters entirely, handicapping the film by restricting its potential scope. But he also smartly teases out the question of social status as an antecedent to free will, as Pip, while on his fool’s errand to become a “gentleman,” discovers he’s a mere pawn in a larger game of spite and cruelty among the rich. Newell’s workmanlike direction is more at ease in the stuffy London segments than the earlier, more compelling scenes of Pip’s childhood, so the sequences that should pop the most tend to fizzle. Miss Havisham’s famed house, rotting from the inside as a reflection of its owner’s state of mind, feels gothic, but not capital-G Gothic.

The roundly solid performances, particularly Flemyng’s humble turn as Joe, help fill the gaps. Just set aside Irvine’s distractingly hunky Pip, who has the empty aura of a romance-paperback cover, and approaches his dilemma in a manner too easy to read as simple lovesickness. (A proper English gentleman should brood silently in corners over matters more profound than love, Pip.) Instead, enjoy Carter’s camp-tastic, wild-eyed turn as Miss Havisham—a character who no doubt helped inspire Carter’s other creations, women perennially at odds with human nature itself. She’s probably too young for the part, but how many other actors could have this much fun scooting about a mansion in a musty bridal gown? If there’s only one horribly truncated version of a Dickens classic worth seeing this year, it’s Newell’s Great Expectations. At least until the next one comes along, as expected.