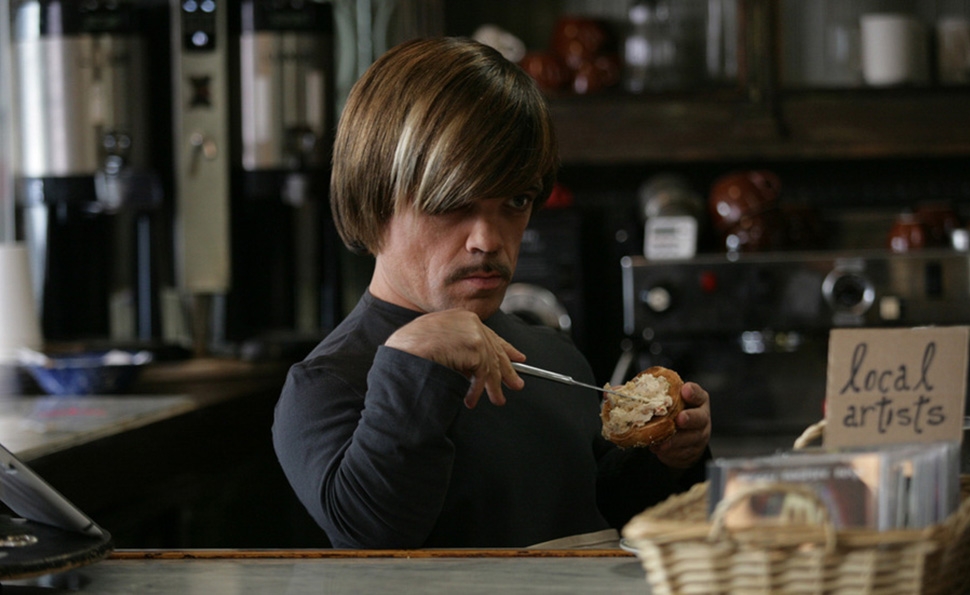 A Case Of You

First, the good news: Joni Mitchell probably won’t slit her wrists when she learns A Case Of You exists. (Her song isn’t used, and the film could have been called Court And Spark or Both Sides Now with equal justification—which is to say, none.) As contemporary romantic comedies go, it’s by no means an embarrassment, ranging from politely bland at its worst to very nearly inspired at its best. It could have been so much more, though, had its makers been prepared to grapple with the genuinely thorny, surprisingly incisive idea at the movie’s center. Instead, they indulge in celebrity cameos—Vince Vaughn, Sam Rockwell, Peter Dinklage, and Brendan Fraser all turn up in bizarrely negligible roles—and bypass real complexity in order to achieve the genre’s requisite warm fuzziness, at whatever cost to human nature.

Considering how much the Internet rules young people’s lives, rom-coms have been slow to incorporate it, not having progressed much beyond 1998’s archaic You’ve Got Mail. The modern-day ability to research potential paramours drives A Case Of You, which stars Justin Long (who also co-wrote the screenplay) as semi-successful writer Sam—movie studios hire him to pen novelizations, but he yearns to do something serious. He has the hots for Birdie (Evan Rachel Wood), a barista at his favorite coffeehouse, but since he’s convinced she would never be interested in him as himself, Sam finds her on Facebook and proceeds to pose as her ideal man. He pretends to like anything she’s “Liked,” and takes up multiple hobbies (guitar, judo, rock climbing) as she mentions them in her feed. The ruse works, and they slowly fall in love; meanwhile, Sam transforms the story of their courtship into a roman à clef, which, judging from the onscreen excerpts, would be in the running for the worst novel ever written.

The transformation scenario itself isn’t new—in the old days, the guy would just pester the girl’s friend, roommate, or sibling for the information—and it seems inevitable that Birdie will eventually find out what’s going on, resulting in a big blowup that’s then somehow happily, tearfully resolved. Pretty standard. To its credit, A Case Of You goes somewhere else, as Sam gradually starts to resent Birdie for being so attracted to a person who’s actually nothing like him. For a moment, it even looks as if the film might turn ugly; a scene in which Sam’s agent (Vaughn) raves about Sam’s new novel, congratulating him on creating such a pathetic, detestable protagonist (i.e., Sam himself), threatens to draw blood. But that might alienate people, and Long isn’t the sort of actor who can convincingly tap into deep reserves of self-loathing, even were he inclined to do so. A Case Of You quickly retreats into lightweight shtick, epitomized by Sam Rockwell’s burnout guitar teacher reciting the lyrics to “Two Princes” as if they’re Wordsworth or Keats. It’s a film that aspires to be Joni Mitchell, but winds up being much closer to the Spin Doctors.

GoWatchIt: Buy. Rent. Stream A Case Of You