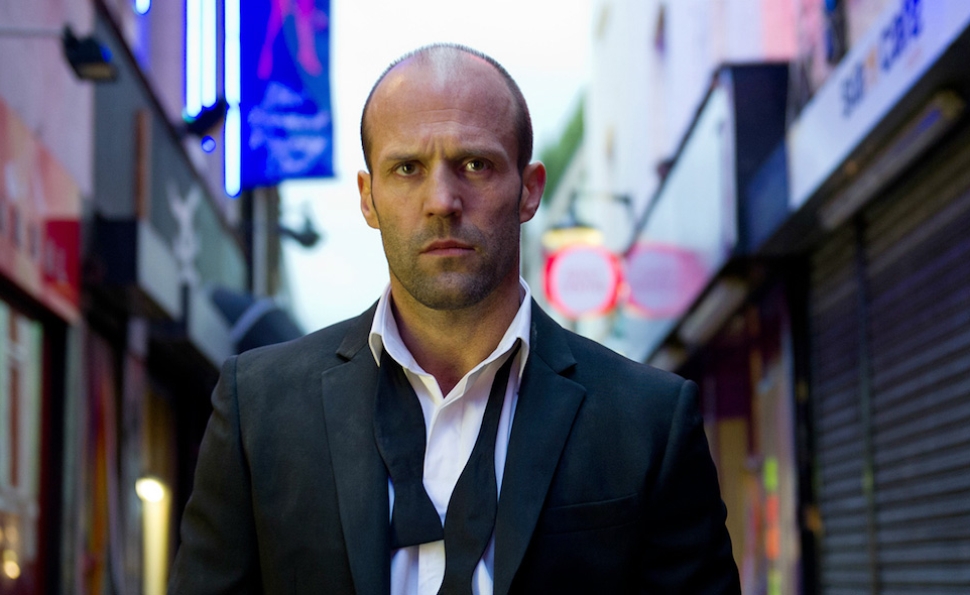 Jason Statham functions as a reverse Samson in the dreary new action melodrama Redemption. His long, scraggly hair early in the film makes him look like a hobo version of Highlander-era Christopher Lambert—powerless, confused, and self-destructive. When Statham’s tormented-loner character cuts off his hair, however, he almost instantly becomes the strong, aggressive, bullet-headed Jason Statham of the public imagination.

The transformation isn’t entirely owed to a haircut, however. Statham’s character, Joseph Smith, an AWOL ex-Royal Marine in London, really begins to find himself once he stops drinking and assumes the identity of a part-time gay model. He then moves from London’s meanest streets to the temporarily vacated upper-class home of an absent gay photographer, conveniently abroad in New York, and begins working as an enforcer for the Chinese mob. As Joseph wearily concedes, his newfangled sobriety isn’t necessary a boon to humanity, since it just makes him more focused and effective in hurting people.

Redemption boasts a level of ambition rare for a Statham vehicle, but that ambition is as misguided as the storytelling is muddled. Writer-director Steven Knight, who has the likes of Dirty Pretty Things and Eastern Promises on his prestigious screenwriting résumé, wants to explore the ambiguity of a broken man who’s seeking redemption, but unable to leave behind the violence that’s his only real gift. But the film doesn’t have the gravity or depth to realize its lofty ideals. At the same time, it’s too high-minded to deliver the visceral, guilty thrills of a kick-ass Jason Statham movie. For Statham, Redemption is certainly different, but different isn’t necessarily better.

Redemption’s glumly melodramatic plot features Joseph befriending an enigmatic nun named Cristina, played by former model Agata Buzek with the mousy, dowdy vulnerability of a young Mia Farrow. Joseph sees some of his own loneliness and sadness in Cristina and becomes her unlikely benefactor, before their relationship threatens to exceed the godly boundaries separating redemption-hungry criminals from nuns. Redemption gives Sister Cristina one of cinema’s more hilariously dramatic “She looks so different with her hair down!” reveals, a transformation that takes her from homely, asexual woman of God to quirky alternative model. But despite the filmmakers’ best efforts, the chemistry between the protagonist and a nun with a dark secret of her own is lukewarm at best: There’s a damp nothing where explosive sparks should be. For all Statham’s machismo, he cuts an oddly asexual figure here, as does Buzek. Neither seems particularly interested in sex, let alone shattering taboos together. 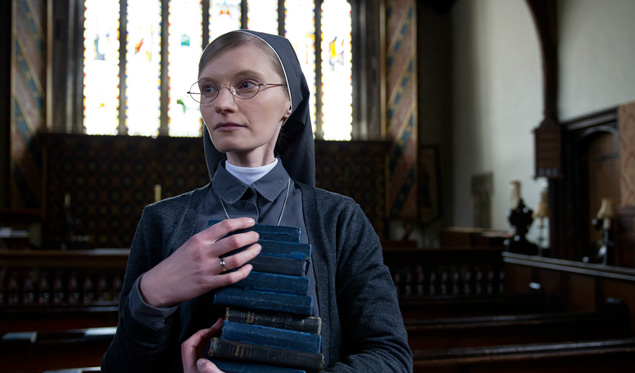 Knight and cinematographer Chris Menges give the film a dark, moody look befitting its unrelenting somber tone. In both its broad outlines and its particulars, Redemption sounds agreeably loopy, but it’s ultimately too stubbornly earnest to qualify as a guilty pleasure—not to mention far too averse to the notion of “pleasure,” guilty or otherwise. Another film might have made a running gag of a famously macho action star like Statham pretending to be the kept man of a wealthy photographer of fetishistic male nudes, but Redemption plays this thread as straight as it plays its doomed love affair between a killer and a distinctly confused nun. Knight may have aspired to the operatic intensity of early John Woo with Redemption, but the main achievement of this joyless mood piece is gutting a Jason Statham potboiler of anything resembling fun.