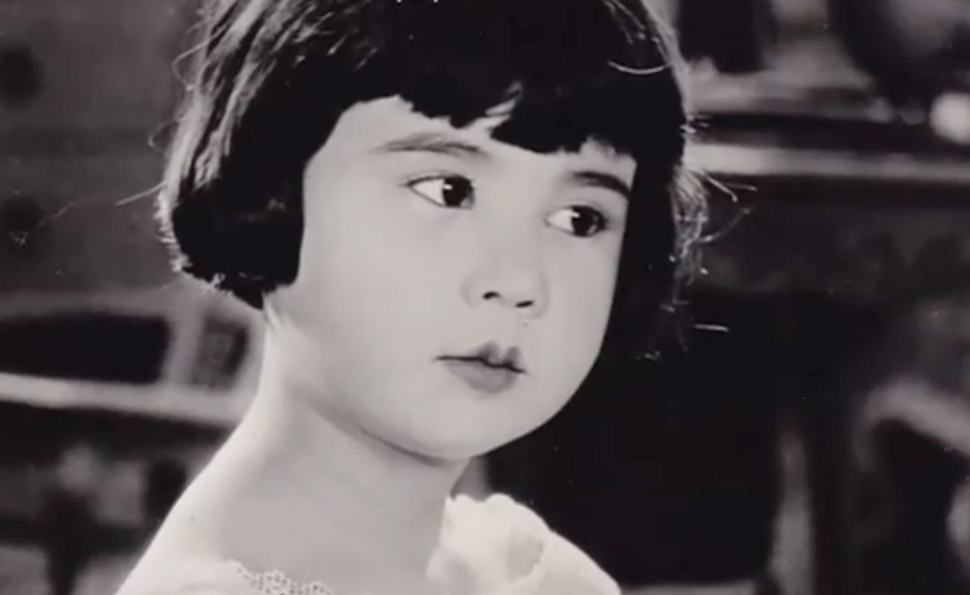 Baby Peggy: The Elephant In The Room

Children can be awfully cute, which is one of the main reasons there have always been child stars in the movies, on television, and onstage. Plus, very young children in particular have a natural quality that sets them apart from more polished actors, and serves to flatten some of the distinctions between eras. Fashions change, and acting styles change, but footage of a crying baby is always going to look like a crying baby, regardless of the year or the nationality, and that’s vital to any filmmaker who wants to instill the flavor of real life into a fiction.

In 1921, at age 2, Peggy-Jean Montgomery began appearing in silent comedies as “Baby Peggy,” a sidekick to Century Studios’ animal star Brownie The Wonder Dog. Over the course of the next three years, Baby Peggy became one of the most popular and highest-paid movie stars in Hollywood, toddling through shorts and features in which she did impressions of other celebrities, bossed grown-ups around, performed dangerous stunts, and flashed her adorably rounded face at the camera. Then her father had a squabble with the studio, and Baby Peggy was on the outs, consigned to spend the next several years on the vaudeville circuit, before her whole family returned to Los Angeles during the Depression and tried to eke out a living as extras. Concerned that her past was holding her back, Montgomery eventually changed her name to Diana Serra and left show business entirely, going on to write several books under her married name Diana Serra Cary, about her own experiences and the plight of child stars in general.

Vera Iwerebor’s hourlong documentary Baby Peggy: The Elephant In The Room catches up with Cary in her early 90s, after she’s spent her golden years trying to come to terms what she remembers as a dark period in her life, without disappointing the millions of silent-movie fans worldwide who still love Baby Peggy. Iwerebor doesn’t spare the darkness. Günter A. Buchwald’s melancholy piano score makes even shots of happy family photos seem ominous, while Cary supplies Iwerebor with anecdote after anecdote about how she was exploited. In defiance of the laws governing child actors at the time, she was made to work full eight-hour days, with no on-set tutoring, and very little supervision for stunts that had her working with large animals, or surrounded by alarming quantities of fire or water. Meanwhile, she had the burden of knowing that she was supporting her entire family, some of whom resented her for turning their lives upside-down. But it was hard for “Baby Peggy” to get much sympathy back then—not with the press reporting on her million-dollar contract, and writing about how she loved to come to the studio every day and “play dress-up,” just like any other little girl.

What makes Baby Peggy: The Elephant In The Room so valuable, though, is that it isn’t just a 58-minute wallow in the misery of one long-forgotten, largely misunderstood American celebrity. Cary is open about the psychological scars left by her Baby Peggy years—scars so deep that she later resented her own son and granddaughter for having a normal idle childhood of playtime and immaturity. But as Iwerebor shows Cary traveling to film festivals and retrospectives, she reveals how Cary has been trying to find and preserve as much of her cinematic legacy as is still intact, while always thinking of the girl she used to be as a stranger: always “Baby Peggy,” never Peggy-Jean. She’s learned to separate what she went through to make her films from the films themselves. That’s something she learned from her father, who late in life, whenever he could bring himself to mention Baby Peggy—always “the elephant in the room” in Cary’s family interactions—always talked about her in the past tense.

One of the most touching scenes in Baby Peggy: The Elephant In The Room comes when Cary reads a letter she received from her dying sister Louise, who had a tragic life and blamed Cary for much of it. In the letter, Louise belatedly thanks Cary for the sacrifices she made as a girl. Along those same lines, this documentary is as much a thank-you as a lament. Even when Iwerebor films Cary with her granddaughter, the footage of Baby Peggy’s descendant is so bright and charming that it’s easy to see why Hollywood would want to put that kind of energy into a movie. The hard part has always been capturing the spirit without extinguishing it.

Depending on the consumer’s perspective, the documentary Baby Peggy: The Elephant In The Room could be seen as the real special feature on Milestone’s DVD (the set’s actual title aside), and the disc’s assortment of Baby Peggy films as the main program. It isn’t a generous assortment, but the heart-tugging 1924 melodrama Captain January alone runs longer than the documentary, and is joined by the shorts “Carmen, Jr.,” “Peg O’ The Mounted,” and “Such Is Life.” The latter two are from the tail end of Baby Peggy’s heyday, and are good at mixing pathos, humor, and adventure, while showing off the Baby Peggy character as an industrious, lovable little scamp.