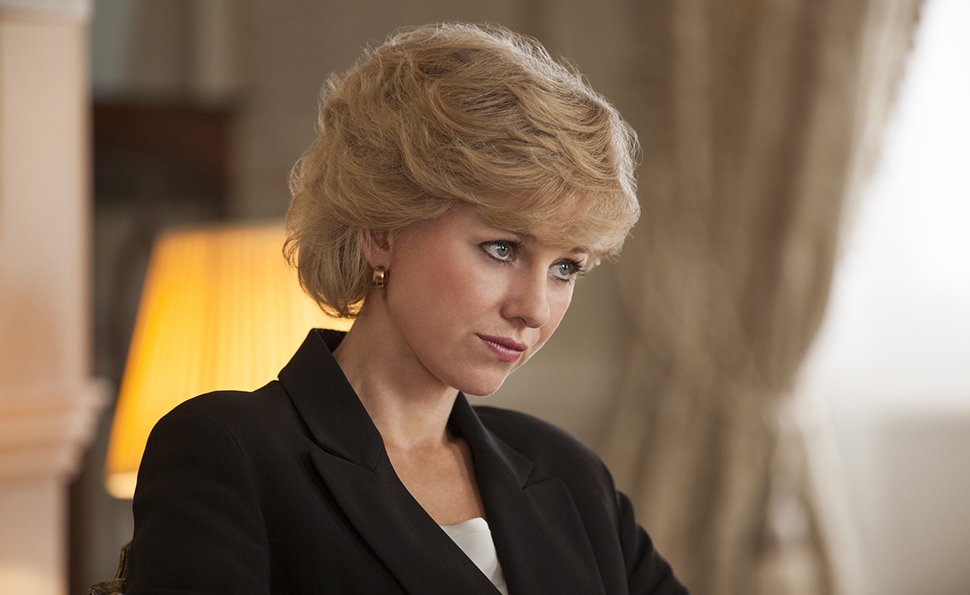 It’s a tricky undertaking, making a biopic of Princess Diana. She was one of the most famous women in the world if not, as Diana insists more than once, the most famous woman in the world. But she was also more seen than known, reduced in the public eye to a few distinguishing characteristics: royal bride, loving mother, fashion icon, wronged woman, humanitarian, and, in the end, martyr. Much of Diana’s life transpired behind closed doors, and most of those who know what happened would never talk about it. Wisely, Diana opts to tell only part of Diana’s story, and a relatively small part of it at that, portraying the years after her separation from Prince Charles up to her 1997 death. Unfortunately, it doesn’t find much of interest in those years.

Directed by Downfall’s Oliver Hirschbiegel from a script by playwright Stephen Jeffreys, which adapts the Kate Snell book Diana: Her Last Love, Diana focuses on the relationship between Diana (Naomi Watts) and Hasnat Khan (Lost star Naveen Andrews), a Pakistan-born heart surgeon she meets while visiting the husband of confidant Oonagh Toffolo in the hospital. The film portrays their romance as the polite coupling of grown-ups who grow quite fond of one another. A romance for the ages it is not.

Not that it’s without some unusual elements. Diana lives in a palace, for starters, kept apart from the rest of the world by walls, a heavily managed schedule, and a desire to avoid public scrutiny. Then there’s the matter of Khan’s wealthy, tradition-bound family, which he suspects will be less than welcoming of his new romance. Khan has doubts of his own, as well, driven by professional ambitions that would be threatened by the need to play the public role of Princess Diana’s new boyfriend. Diana establishes all these problems early on then addresses them repeatedly, as if cycling through a checklist of conflicts then doubling back to check them off again. Diana and Khan break up, make up, and start all over again as the handsomely shot, dully paced movie winds toward a final separation and a tragic ending.

Apart from a couple of lovestruck, fumbling moments, Andrews underplays almost every scene, stumbling into the romance and then managing it like a welcome but dangerous distraction. It’s a curiously passionless performance, and Watts returns every understated volley with overstatement, either sulking in disappointment or verging into hysterics. It’s not a bad performance—Watts seems incapable of that—but its extremes only underline how little insight the film has into Diana, either as a character in the movie or as a historical figure. In early scenes, she doesn’t know what to do with herself and sits around eating toast. Later she develops a passion for disarming land mines. And while it’s suggested that her romance with Khan brings out the best in her, it’s a pretty faint suggestion in a film that bounces between events that are part of the public record and tame speculation about the Diana/Khan relationship.

The amusements here are mostly of the unintentional kind. Diana features so many scenes of the princess adopting disguises to walk about undetected and skulking through back alleys late at night to maintain the secrecy of her romance with Khan that she at times seems to be training to become Batman’s royal sidekick. The dialogue succeeds only in making the central pair seem as boring as everyone else. Diana chides Khan for smoking and teases him for his poor eating habits. He grunts away her concern. When on the outs, she adopts a silly accent to trick him into talking to her on the phone, then they laugh about it when they get back together. Mostly they seem like the sort of couple most would consider lucky to have found each other because nobody else would want them. As revelations go, that’s pretty deflating. Maybe sometimes the icon is better.