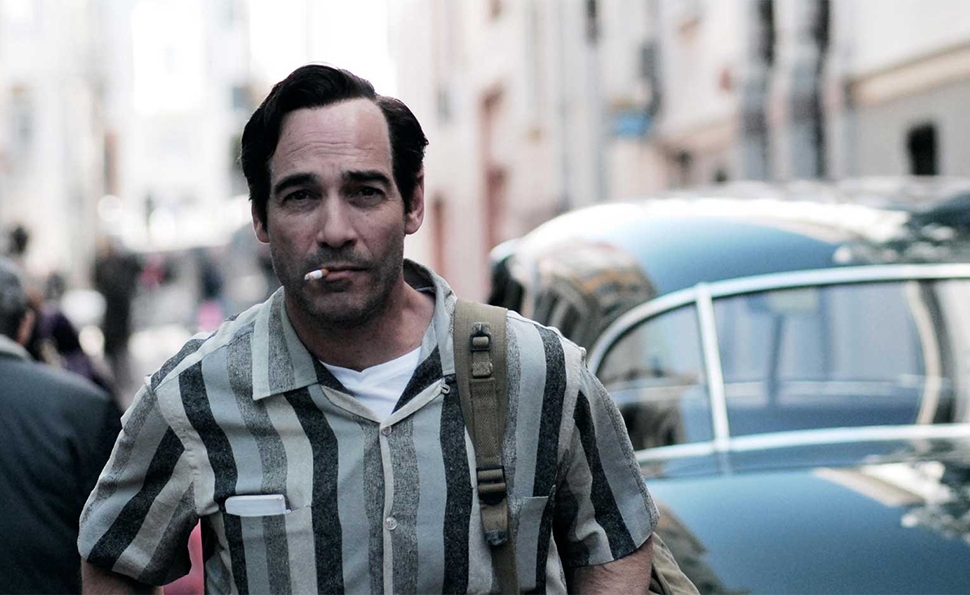 Cinema hasn’t been kind to the Beats, nor the Beats to cinema. The harsh light of the movie camera has laid the movement’s pretensions and posturing bare, exposing its swooning adolescent solipsism and self-mythologizing. Movies that come to praise beatniks and their groovy path to infamy or oblivion tend to end up burying their subjects with facile hero worship and macho sentimentality. Michael Polish’s agonizingly dull adaptation of Jack Kerouac’s Big Sur unwittingly illustrates why movies continue to be the Beats’ Kryptonite. Despite the best of intentions, Polish’s dreary slog through Kerouac’s mid-life misery shows why movies and the literature of Kerouac and pals go together like Maynard G. Krebs and work.

Polish, this time working without identical twin brother and filmmaking partner Mark, has transformed Kerouac’s thinly fictionalized novel, which revolves around an unmistakably Kerouac-esque writer named Jack Duluoz, into something more resembling a memoir by replacing the novel’s pseudonyms with the real-life characters who inspired them. So the protagonist is no longer Jack Duluoz: he’s now Jack Kerouac (Jean-Marc Barr), with all the baggage that entails. And this being Kerouac, one of the most romanticized, deified figures in pop culture, that’s an awful lot of baggage.

Polish’s film finds Kerouac in a deep depression. The success and fame that came with On The Road registers as an unbearable burden, and he’s well into the process of losing a decades-long battle with alcoholism and hopelessness. To a younger generation, Kerouac symbolizes freedom, independence, and the giddy thrill of the open road, but his persona has become a straightjacket squeezing the life out of him. In a bid to shake off his alcoholic delirium and save himself, Kerouac ventures out into the woods, hoping the beauty of nature will purify his troubled soul and set him back on the path to grace. But really what Kerouac does in Big Sur is talk. And talk. And talk. Polish has decided that the best way to transfer Kerouac’s voice to the big screen is through wall-to-wall narration, delivered with trembling earnestness and a deep undercurrent of self-pity that quickly grows maudlin and off-putting. In Big Sur, Kerouac drowns in so many words that they lose their meaning and potency.

Looking pasty, dissipated, and in desperate need of a good long nap and a big hug, Kerouac drifts into the lives and romances of others, including his muse Neal Cassady (Josh Lucas), Neal’s wife Carolyn (Radha Mitchell), and Lawrence Ferlinghetti (Anthony Edwards), who owns the cabin where much of the film and Kerouac’s soul-searching took place. Yet nothing truly punctures Kerouac’s bubble of toxic self-absorption. He is locked forever in the prison of self, doomed to boozy oblivion, and audiences are liable to feel they’re locked in the prison of self right along with him.

Big Sur opens in a place of extreme exhaustion. It skips the wild party and decadent fun, and heads straight to the pounding, soul-shattering hangover the following morning, and it only grows more exhausted and wrung-out as it proceeds, making the film’s exceedingly brief running time feel like an endurance test. Despite the parade of pretty images and lovely scenery, Big Sur stubbornly fails to cohere into a real movie; instead, it feels like an illustrated novel full of words, ideas, and images, but devoid of structure or characterization. Just because a movie is about exhaustion and world-weariness doesn’t mean it has to be so godforsakenly wearisome itself.