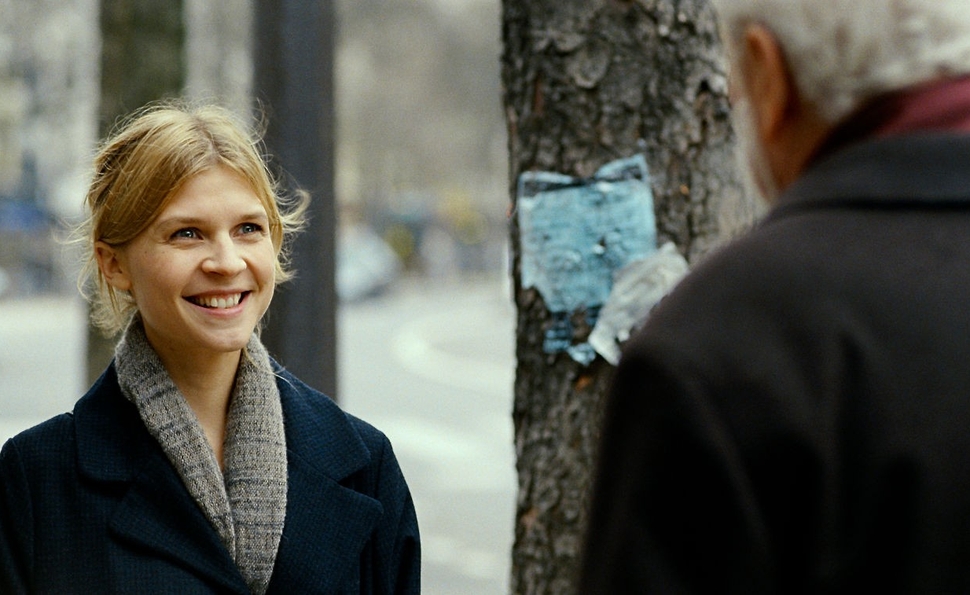 “What’s it all about?,” Michael Caine’s bawdy Brit bachelor famously asked himself as the star of 1966’s Alfie, a breakout role with which the young actor finally escaped a small-screen rut. Now at the ripe age of 80, the two-time Oscar winner finds that eternal question taking on a past-tense quality in Sandra Nettelbeck’s Last Love, an uneven but palatable look at romance and reconciliation, based on the Françoise Dorner novel.

Grief-stricken Matthew Morgan (Caine) mutters a quiet “damn” to himself as he wakes up to yet another morning without his late wife Joan (Jane Alexander, appearing in hallucinations and flashbacks). It’s been three years since she died, but the former philosophy professor struggles to will himself out of his Parisian flat to face the world. He feigns interest in lunch with those few local friends who speak English (he hasn’t learned a lick of French himself), he considers taking up stamp collecting as a hobby, and he bumps into sweet, concerned dance instructor Pauline (Clémence Poésy) repeatedly on their shared bus route.

The two unlikely friends begin to hit it off and serve as plainly ideal father-daughter surrogates for each other, enjoying rowboats and hot dogs together. “I could use a little chaos in my life,” Matthew says upon dripping some ketchup on his tie, and for a good while, Last Love seems to be That Kind Of Movie, complete with the warm-cool color palette of Michael Bertl’s cinematography and an uncharacteristically flighty score from tentpole fixture Hans Zimmer. But then, reminded by Pauline of all he no longer has, Matthew attempts to commit suicide, which lands him in the hospital and draws his two ungrateful kids, Miles (Justin Kirk) and Karen (Gillian Anderson), across the pond to air their grievances and assume the worst of his relationship with this young stranger.

The film’s back half gives way to more shouting matches than sweet afternoons, with Matthew voicing his lifelong regrets, while Miles lets loose with similarly stewing resentments toward his father. Anderson’s ugly-American routine is hardly missed when she exits the picture shortly after arriving, leaving writer-director Nettelbeck (Mostly Martha) to navigate a three-hander situated comfortably between Venus and Amour on the Euro-codger fun-time spectrum. The dialogue won’t win points for subtlety (“I stopped looking at my books when I stopped loving life”), and Caine’s American accent wavers to a distracting degree, but the veteran actor convincingly conveys a lifetime of hard living and tough love in order to sell Matthew’s aging despondency. His character couldn’t be further from Alfie’s antics, yet his tearful declarations occupy the same heartbroken space as that young buck once did.

Never quite the saint Joan is made out to be, Pauline serves as an improbably kindred spirit. Her emotional fragility matches Matthew’s, whenever she isn’t clashing with Miles’ single-minded stubbornness. But the evolution of their initially combative relationship results in an unlikely silver lining amid an otherwise melancholy scenario. Last Love hardly presents itself as a challenging picture, tugging as it does at the heartstrings with gentle persistence, but at its best moments, it is a sweetly considered one.