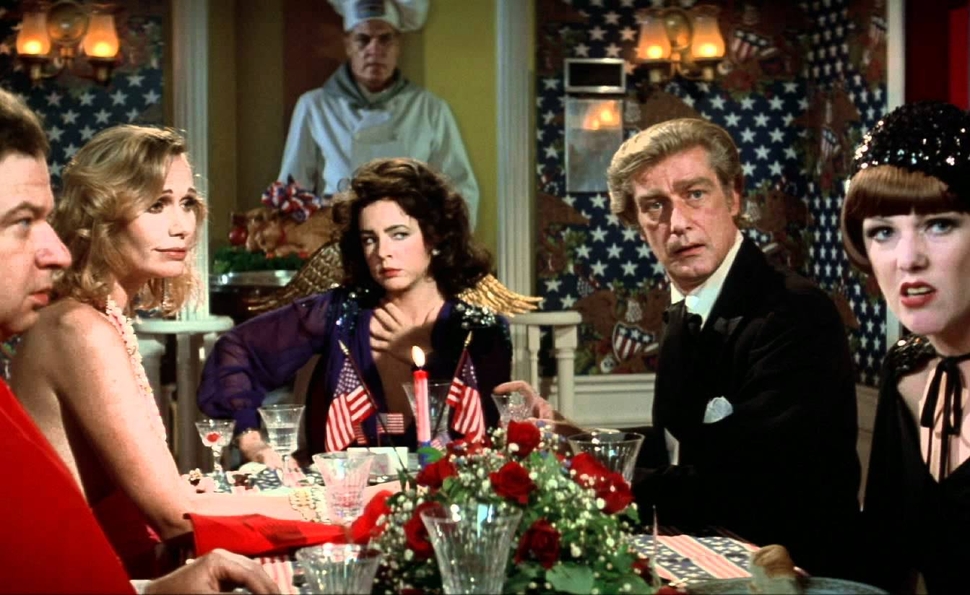 When 1980’s Airplane! was released, it was impossible to foresee the profound impact it would have on the future of comedy. Few could have imagined what a touchstone Airplane! would become for post-Mel Brooks parody, in part because the film bore such an uncanny resemblance to 1976’s The Big Bus, an earlier disaster-movie spoof that barely registered culturally.

Part of the resemblance between the two films is attributable to their shared source material. Disaster movies were everywhere throughout the 1970s, warning a terrified, coke-addled populace of the dangers posed by everything from highly flammable skyscrapers (The Towering Inferno) to airplanes (the Airport franchise) to theme parks with major design flaws (Rollercoaster). The ubiquity of disaster movies, combined with their well-worn tropes, trashy stunt casting, and general air of unearned seriousness rendered them perfect for parody, and The Big Bus and Airplane! nail the look and tone of the disreputable but once-mighty genre. So why was Airplane! a game-changing smash, so revered despite its abundant silliness that it was earmarked for preservation by the National Film Registry of the Library of Congress, while The Big Bus is quietly being released by Warner’s film-on-demand service, after being unavailable on home video for decades?

The easiest and most obvious answer is that Airplane! is the better, funnier, more influential film, but it goes beyond that. The Zucker brothers and their collaborator Jim Abrahams, who collectively wrote and directed Airplane!, emerged from the countercultural, underground world of sketch comedy, while The Big Bus director James Frawley and screenwriters Lawrence J. Cohen and Fred Freeman come from the world of television, and made a film littered with actors from the small screen: Rene Auberjonois, Bob Dishy, Larry Hagman, Howard Hesseman, Richard Mulligan, Vic Tayback, Sally Kellerman, and more. All of these familiar faces give The Big Bus the feeling of a television movie on steroids; think of it as the Big, Tragic, Landlocked Love Boat. The jokes are redolent of television as well, but like Airplane!, The Big Bus doesn’t delineate between different styles of comedy, so sitcom jokes are fused with vaudevillian wordplay, sight gags, and conceptual weirdness. (For example, two of the film’s lead characters spend the entire film on their backs for absurd medical reasons.)

In a rare lead performance, character actor Joseph Bologna stars in the Robert Hays role as Captain Dan Torrance, a legendary bus driver whose distinguished career took a tragic turn when his bus crashed on Mount Diablo. He was rumored to have survived by feasting heartily on his passengers, though he professes to have maybe nibbled part of a limb, and then only by accident. Now marked as a cannibal as well as a subpar bus driver, Torrance spies an opportunity for redemption and a hefty paycheck when ex-girlfriend Kitty Baxter (Stockard Channing, in the Julie Hagerty part) asks him to drive a nuclear-powered monolith known as Cyclops, a luxury super-bus (an oxymoron no longer!) on its maiden nonstop voyage from New York to Denver, after an explosion knocks the original driver out of commission.

The filmmakers surround the central lovebirds with characters parodying stock types found in other disaster movies, like a priest (Rene Auberjonois) temporarily on the outs with God, a wacky old woman (Ruth Gordon), and a man whose terminal illness gives him a more cavalier approach to life (Richard B. Shull). The film piles on more supporting characters and subplots than it can possibly handle, which is part of the joke. Everything about disaster movies is excessive, beginning with their size, so why shouldn’t a spoof follow suit?

The Big Bus gets a lot of comic mileage out of the incongruity of luxury bus travel, as well as the specifics of the bus itself, which is so massive and deluxe that it includes a piano lounge and a bowling alley. The gags in The Big Bus can be hit-or-miss, with the filmmakers favoring quantity over quality (also in the Zucker-Abrahams-Zucker tradition), but the preposterous, impossible-looking bus never stops being an inspired sight gag. There are other smart bits of comic business as well, like a fistfight in a bar frequented solely by bus drivers, which provides an intriguing glimpse into the profession’s shadowy secret world, and a villain (Jose Ferrer) who spends the entire film in an iron lung. Such things make The Big Bus a consistently clever comedy that had the misfortune of being a couple of years ahead of its time. It’s a winning, informed spoof of disaster movies, it just isn’t the winning, informed spoof of disaster movies that changed comedy.

As with most Warner Archive releases, there are none.