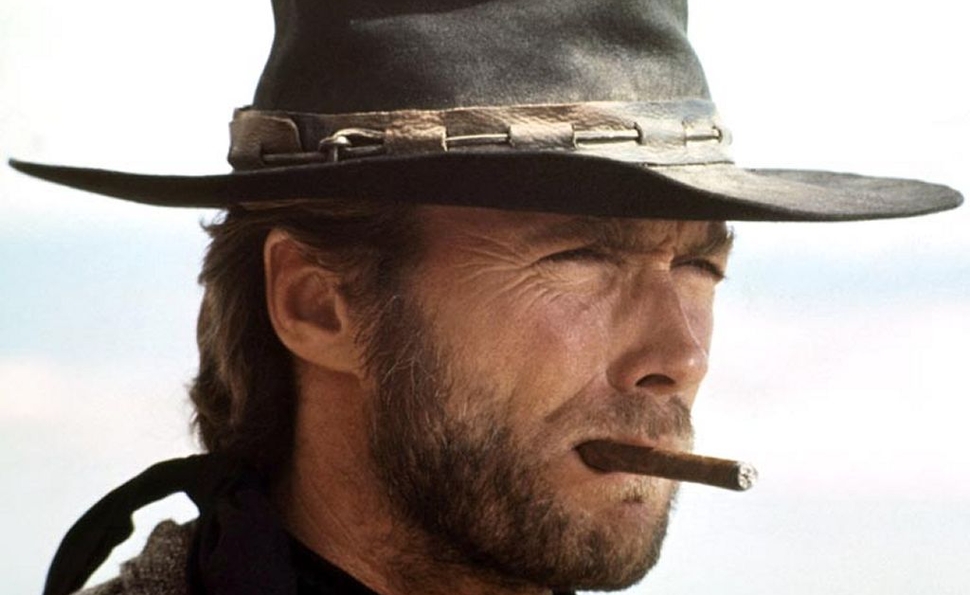 Hanging For Django / High Plains Drifter / Shoot The Sun Down

In 1961, Japanese director Akira Kurosawa made a samurai movie, Yojimbo, that was inspired by American Westerns and film noir. That film soon spurred Italian director Sergio Leone to make his own influential 1964 spaghetti Western, A Fistful Of Dollars. Within a few years, the market was flooded with bloody oaters featuring laconic heroes: American mythology filtered through two other cultures, cut together with some of the free-floating mayhem of the 1960s. This new vision for the gunslinger genre carried over to Hollywood, where the early 1970s saw a string of revisionist Westerns that critiqued the pioneer spirit, celebrated counterculture values, and painted 19th-century North America as a muddy, lawless abattoir. Such is the cycle of cinema.

Sergio Garrone’s 1969 film Hanging For Django is a useful example of the spaghetti Western, not because it’s a great movie—it isn’t—but because it’s so perfectly typical. Also known as A Noose For Django, No Room To Die, and Una Lunga Fila Di Croci (translated as A Long Row Of Crosses), Hanging For Django is one of two dozen or so movies that attempted to capitalize on Sergio Corbucci’s 1966 hit Django, with Franco Nero as the title character. Subsequent films with “Django” in the title rarely featured the actual character, though Hanging For Django does at least star Anthony Steffen, who played Django a few years earlier. Here, Steffen is Johnny Brandon, a sullen bounty hunter who teams up with his dapper colleague Everett Murdock (played by William Berger, a supporting player from the successful 1968 spaghetti Western If You Meet Sartana Pray For Your Death, which touched off its own sprawling series of semi-sequels). Brandon and Murdock disrupt the business of a criminal kingpin (played by Garrone’s brother Riccardo) who smuggles poor Mexicans across the U.S. border to become slave labor, though only Brandon seems interested in upholding the moral order. Murdock cares more about making a buck, which at the start of the film means nabbing bad guys.

Garrone doesn’t deliver any kind of scathing indictment of human exploitation, making Hanging For Django mainly a pastiche/ripoff of Leone’s best moves. The ethical distinctions between the three principals are primarily an excuse to end the movie with the kind of three-way standoff Leone could’ve crushed. Garrone’s version is exciting enough, though, thanks in part to Murdock’s super-cool seven-barreled shotgun, and thanks to the way Garrone drops in Elsio Mancuso’s score seemingly arbitrarily, like a burst of musical gunfire. Even though it’s nothing special, Hanging For Django has the right look and feel—all hot, dirty, and jarring, as though all Leone’s stylistic breakthroughs had become so much a part of the fabric of Westerns that all Garrone had to do was put a cowboy hat on a non-American actor, and the rest just took care of itself.

As the star of those early Leone films, Clint Eastwood established not just the persona of the Western antihero, but his own screen image. When he directed and starred in the big-budget 1973 Western High Plains Drifter, Eastwood took his “Man With No Name” from the Leone pictures and re-created him as “The Stranger,” who rides into the lakefront town of Lago and immediately becomes its protector and tormentor. Given free run of Lago by cowardly townsfolk who want him to chase away a trio of murderous outlaws, The Stranger exploits his power, having his way with women and bullying his new neighbors into destroying their property at his behest. The implication is that The Stranger is some kind of avenging spirit, out to punish Lago for letting its former marshal get whipped to death, which makes High Plains Drifter like a combination of one of DC Comics’ “Weird Western Tales” and the old folktale “Stone Soup.”

In terms of High Plains Drifter’s place in Western history, what’s most notable is how Eastwood holds fast to the rebel spirit of the spaghetti Westerns and revisionist “New Hollywood” Westerns of the previous decade, but packages it in a film that’s slicker and more mainstream-friendly. Sometimes the movie’s grubby roots clash with the rest of the movie—as is the case with The Stranger’s predilection for rape—but for the most part, Eastwood and screenwriter Ernest Tidyman take elements that would’ve been signifiers of hippie weirdness a year or two earlier, and incorporate them into a movie with crowd-pleasing comedy, thrilling action, and stunningly gorgeous location footage. It’s as though Eastwood cleaned up Robert Altman’s McCabe & Mrs. Miller and found the blockbuster that had always been hidden beneath the haze.

Eastwood aside, the Western fell on hard times in the latter half of the 1970s, such that a project like David Leeds’ 1978 effort Shoot The Sun Down was practically an arthouse curiosity even before it faded from cinephiles’ collective memory. A pre-fame Christopher Walken and Margot Kidder co-star as “Mr. Rainbow” and “The Woman From England,” who get drawn into the quixotic quest of “The Scalphunter” (Geoffrey Lewis) and “The Captain” (Bo Brundin) to retrieve a cache of Montezuma’s gold from Mexican territory, circa 1836. Walken and Kidder are the main reason to watch Shoot The Sun Down, which was Leeds’ only film, and a blip on its principals’ filmography before its current revival on DVD and Blu-ray. The movie as a whole is hamfistedly whimsical and poetic, but Walken and Kidder are fascinating to watch—not as characters, but as young actors doing their best on an odd job.

The same can be said of Shoot The Sun Down: It’s enjoyable primarily as a representative of the tail end of the alt-Western era, which after a decade of historical criticism and psychedelic interludes had exhausted most moviegoers. When The Captain and The Scalphunter try to haul an enormous golden wheel across the desert, the image is reminiscent of something out of a Werner Herzog or Alejandro Jodorowsky head-movie, but it’s also symbolic of the unwieldiness of these films that tried over and over to rebuild the past on unsteady ground.

There are no extras on High Plains Drifter, which is being released on Blu-ray with little fanfare, as part of Universal’s “Best Of The Decade” series. But Hanging For Django adds an informative explanation—in Italian, and shot on murky video—of how the film fits into Garrone’s filmography and into the spaghetti-Western tradition. And Shoot The Sun Down includes an alternate version of the opening sequence, which replaces a spoken history of U.S./Mexico relations with a Kinky Friedman song that fits the kookily wistful tone of the film.