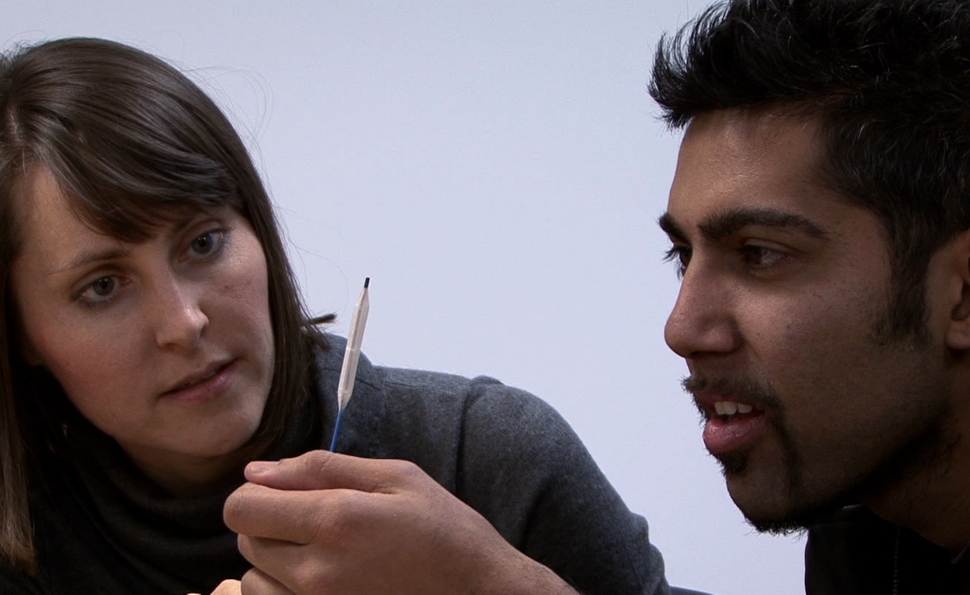 “We are all alone in this world, even though we have support systems,” Jason DaSilva’s mom tells him early on in the documentary When I Walk. It’s a harsh thing for a mom to say, and even harsher in context. DaSilva, the filmmaker, was diagnosed with multiple sclerosis in 2006, at age 25. MS is a degenerative disease that robs its victims of motor control, and often of vision. In the scene in question, Jason is telling his mom that he’s worried about how he’ll manage on his own. To which, again, her reply isn’t, “I’m here for you,” but more like, “We’re all alone anyway. Deal with it.”

His mother’s advice is typical of the first part of the movie, not because of its bleakness so much as because of the way it jars. As a filmmaker, DaSilva quickly decided to make a movie about his illness after he was diagnosed. But while the disease provides a topic, it doesn’t give the film a coherent narrative, or an emotional center. When Jason’s mom urges him to be positive, her advice rings hollow, but the documentary doesn’t seem to know how to question it. When Jason goes to India for a film project and tries various cures, from yoga to transcendental meditation, his investment in them, or his degree of hope, isn’t explored convincingly, either. At one point, he talks about how women aren’t as interested in him since he’s had MS, and then shows a number of pictures of “beautiful women” he has dated in the past, with their features blanked out. He’s erased their features for privacy reasons, but the result is awkwardly ghoulish. It feels as if who they are is less important than that he has pictures of them, or, more charitably, as if he isn’t sure what he wants to show, and is trying to get something on the screen even if it’s just a blank.

That all changes dramatically when Jason meets Alice Cook at an MS support group. Alice is at the meeting because her mother has MS, and soon she and Jason are dating. In one exhilarating scene, she gets on a scooter to see what life is like from his perspective, and the two of them go zipping gleefully around the Guggenheim.

As Alice and Jason’s relationship deepens, it quickly becomes apparent that the film isn’t about Jason’s illness, but about their love affair. Alice expresses some discomfort about being on film, but the movie’s most powerful moments are all hers. Jason’s loss comes through most vividly not through the deterioration in his condition, but through Alice’s desperate confession, “I don’t want Jason getting any worse. But it just keeps coming.” The day-to-day grind of the illness is brought home not through his difficulty in putting on his pants, but through Alice’s frustrated, guilty decision to go on a hiking trip alone in order to briefly escape the constant demands of being a caregiver.

Even on that hike, though, she’s taking footage for the film itself, both helping Jason with his project and sharing her experiences with him. She’s part of him, and vice versa—and again, in many ways viewers learn more about him, his illness, and what it costs him by listening to her than by listening to him. The film becomes more sure-footed, and more certain, as Jason loses control of his body, not because the disease gives the film meaning, but because Alice does. When I Walk makes it very clear that Jason isn’t all alone despite his support system. Rather, his support system, including his mom, makes him who he is, even more than his malfunctioning legs and hands. His life isn’t his disease, and neither, after an uncertain start, is his lovingly collaborative film.