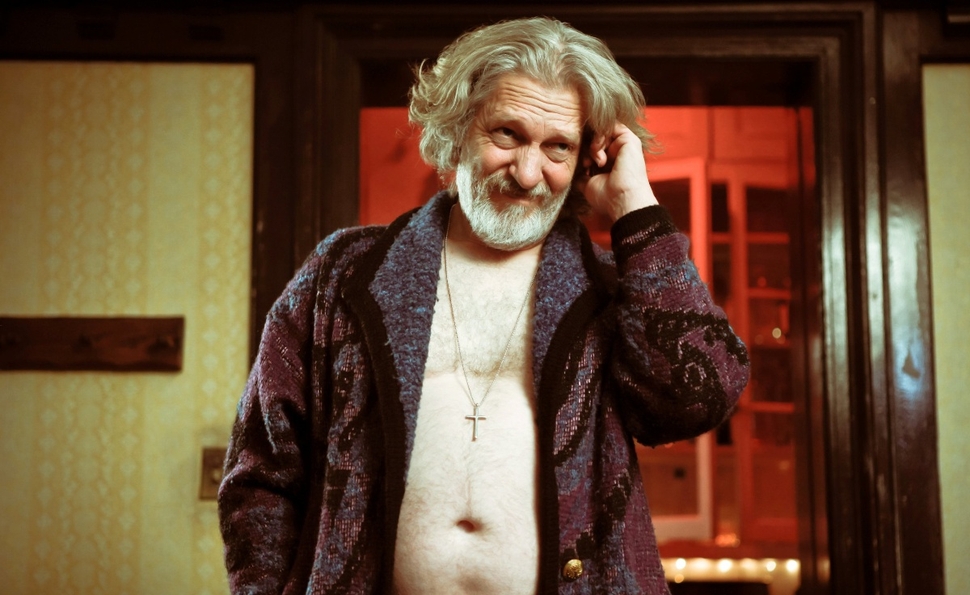 Whether viewers find J.T. Petty’s Hellbenders an enjoyable mess or an insufferable indulgence depends on large part on how funny they find Clifton Collins Jr. yelling “Fuck you, cracker!” at a Communion wafer. Lawrence (Collins) is part of a team of demon-fighting priests called the Augustine Interfaith Order Of Hellbound Saints, a group of kamikaze exorcists whose last line of defense is to send themselves to hell and take the evil spirit with them, which means they have to be “damnation ready” at all times. But these days, Lawrence just isn’t blaspheming like he used to. Fellow hellbound saint Stephen (Andre Royo) keeps a ledger of commandments broken and deadly sins sinned, and Lawrence just hasn’t been putting up the necessary numbers. Sure, he has lustful thoughts for his fellow sinner Elizabeth (Robyn Rikoon), but after all, he is married.

Whether Lawrence is ready to head to the hot place becomes a matter of some importance when the Saints discover that a Norse deity named Surtr is attempting to take over the world. They’re a standard ragtag bunch, led by gruff badass Angus (Clancy Brown) and fighting against the uptight church functionaries who want to yank their chain. (”We don’t take orders from the fucking laity.”) Angus, naturally, is rather more enthusiastic about racking up sins, but Petty still keeps the infractions on the light side, allowing an unprovoked slap to stand in for “Wrath.” Among the many things Petty doesn’t take seriously is the idea of sin, which here seems less like transgressing a moral code than breaking rules laid down by some stuffy principal. The only way the Saints are going straight to hell is if the Lord Of The Flies grades on a curve.

Given that Petty is working from his own graphic novel, it’s tempting to describe the various Saints as comic-book characters, but they’re more like stand-ins, vaguely spun incarnations of genre tropes given life but not depth by the movie’s game actors. Petty spins a few amusing twists on standard demonic-possession scenarios, though none quite as provocative as the opening case involving a Hasidic rabbi, but they’re not ingenious enough to make up for the lack of actual scares: There are few horror comedies that manage to be both, and this is not one of them. In his faux documentary S&Man, Petty managed to send up the obsessions of horror geeks while simultaneously sending a chill down his audience’s spine, but Hellbenders is just throwing spitballs from the back of the theater.

With movies like The Burrowers and Soft for Digging, Petty has shown he can make inventive horror on a budget, but Hellbenders mostly feels like a doodle, an amiable lark that will amuse genrephiles and anyone else with their sights set appropriately low. (The version of the film provided to reviewers did not include 3-D effects.) It isn’t a bad movie, just a terribly slight one; its theatrical release is a pro forma pit stop on its way to becoming the late-night cult favorite it was clearly meant to be.