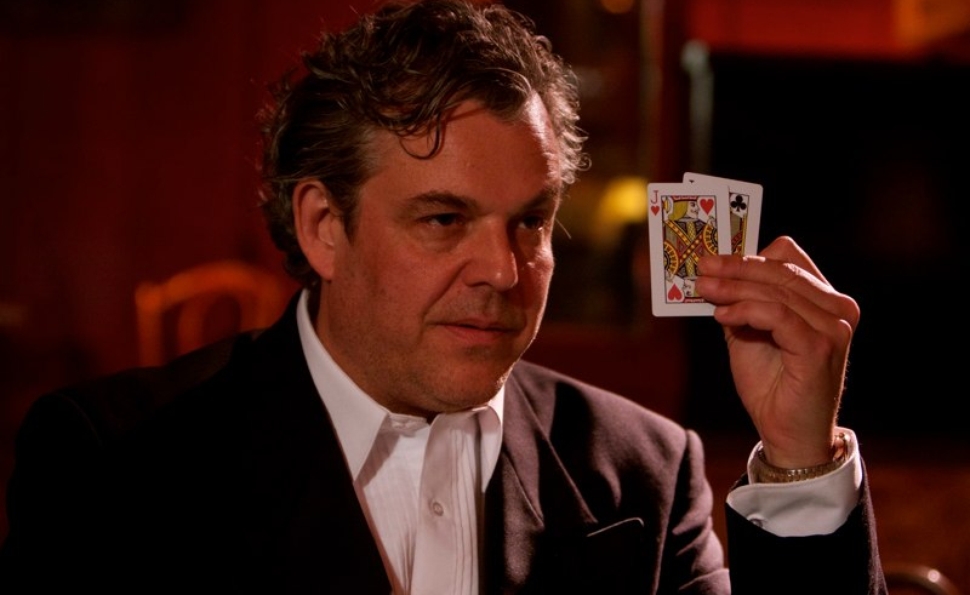 Neither Danny Huston nor his nephew Jack Huston has ever traded off the family name as much as they do in Two Jacks, Bernard Rose’s adaptation of Leo Tolstoy’s short story “Two Hussars.” Danny Huston plays Jack Hussar, a larger-than-life show-business personality who resembles Danny’s father John in growliness and grandeur. The main difference is that John Huston was never as on the outs in Hollywood as Jack Hussar is as at the start of Two Jacks. The first half of Rose’s movie is set in 1992, with Hussar hustling around town as a legendary has-been, trying to get the few people who still respect him to help him get another movie made. The particulars of how Jack Hussar and John Huston’s lives do and don’t intersect are inessential, because one of the film’s points is that some things don’t change: in particular, the arrogance of celebrities, and the peculiar dance between people who have money and those who want to get it. What varies from age to age are manners and customs—which are getting worse with each generation, according to Tolstoy and Rose.

The second half of Two Jacks has Jack Huston playing Jack Hussar, Jr., in 2012, arriving in Los Angeles to make his first movie, and encountering some of the same opportunistic producers and sycophantic hangers-on his father knew, along with the bewitching Diana (played by Sienna Miller in 1992 and Jacqueline Bisset 20 years later). There are parallels aplenty between the two stories. Both Jacks play card games, woo women, get pissy with hotel clerks who won’t give them what they want, and have a wild evening stopped cold by a sexy dance. But where the dance Jack Sr. watches takes place in public, and displays a modicum of elegance, the dance for Jack Jr. is raunchy, private, and intended to win the dancer a job in his movie. And while Jack Sr. has a certain panache even when he’s bulling his way through people’s lives, Jack Jr. is sniveling, selfish little shit.

Rose follows Tolstoy’s lead with this vision of early-21st-century men as grossly ungentlemanly. (Rose even does his version of Tolstoy’s awesomely fiery prologue to “Two Hussars,” which documents in list form how the olden days were vastly superior.) But the downside to Two Jacks’ structure is that after 45 fairly fun minutes of Danny Huston swaggering about, the next 45 minutes has Jack Huston whining nonstop, showing no flashes of wit or warmth to balance out his awfulness. It isn’t essential by any means that a movie protagonist be likable, but Jack Jr.’s diva fits aren’t original or revelatory enough to compensate for how obnoxious they are. In fact, there’s nothing really original or revelatory about any of Two Jacks, which is weighed down also by Rose’s clumsy, all-surface/no-subtext dialogue.

And yet the movie as a whole has an immediacy that’s appealing even in its weaker second half. This is Rose’s fourth Tolstoy adaptation overall, and the third he’s shot on digital video with Danny Huston playing a modernized, California-fied Tolstoy hero. Like the earlier Huston/Tolstoy projects, Two Jacks is cheap-looking and rough around the edges, but there’s a confidence about all these films too, as they celebrate classic literature by connecting it to the worlds Huston and Rose know well. They have a compelling, home-movie-like quality, and in Two Jacks, Danny Huston doesn’t just get to be the grumpy old dad in the home movie, he gets to be his grumpy old dad, standing for a whole bygone era of macho geniuses.