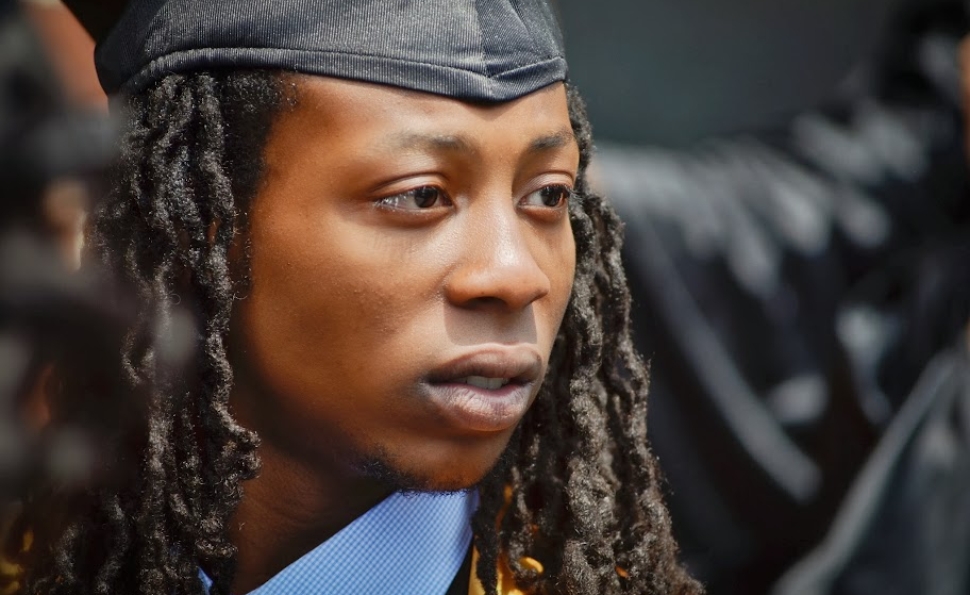 Some of the greatest documentaries ever made—Salesman, Hoop Dreams, Paradise Lost: The Child Murders At Robin Hood Hills—were leaps of faith on the part of their directors. The subject seemed fascinating to them, so one day, they grabbed a camera and started shooting, with no clear idea of what would happen, or where the people they were following would take them. That approach takes a special kind of optimism and commitment, because the downside is that nothing interesting may happen after all, and it may be hard to acknowledge that fact after putting so much time and energy into the project.

American Promise, shot over a period of 13 years, is by no means a wasted effort. At the same time, though, it’s hard not to wonder whether directors Joe Brewster and Michèle Stephenson (who are married) wound up with a film that even remotely resembles whatever vague idea they had in mind back in 1999, when they first started documenting their son, Idris, and his best friend, Seun. Both boys, who were then just 5 years old, were accepted into New York’s prestigious Dalton School, which was making a concerted effort to diversify its student body. Nonetheless, they were two of the only African-American kids in a mostly lily-white (and extremely affluent) private school, and Brewster and Stephenson apparently felt it would be inherently fascinating to watch them navigate those unfamiliar waters.

Yes and no. For a while, American Promise looks as if it might be slowly building a thesis about the failure of diversification. Idris and Seun struggle, to the point where Dalton places them in tutoring, and the school’s black parents are concerned enough to have a meeting in which they discuss the possibility that their kids are being unfairly stigmatized. This line of inquiry ultimately dead-ends, however. One Dalton administrator candidly admits that black boys (but not black girls) fail at an unusual rate—but she doesn’t know why, and the movie never reveals or suggests an answer. (We do learn that many of the white kids are being privately tutored, at a cost higher than Dalton’s not-exactly-cheap tuition.) By the film’s midpoint, Seun has been asked to leave Dalton, and he enrolls in a public school with a student body that, according to its current Wikipedia page, is 83 percent African-American, and just 1.5 percent white. Any chance of an illuminating compare-and-contrast narrative, however, is quickly scuttled, as Seun experiences family tragedies—his mother’s battle with cancer, the accidental death of a sibling—that might hinder the academic progress of any sensitive teenager, regardless of race, class, or other sociological variables.

While American Promise often feels frustratingly unfocused and random, however, it compensates to some degree with equally random details about growing up in urban America. Some of these are unique to minorities, as when Idris and three of his black friends find they can only get a cab if Idris hails it alone, while the others hide in the bushes. Others are more universal—anyone who grew up in a big city will smile in recognition when Seun’s mom, dropping him off at school, urges him to get the hell out of the car now so she doesn’t miss the light. Furthermore, these two kids are just fun to watch. Idris, in particular, is a terrific camera subject: smart and articulate, with a droll, self-deprecating sense of humor and a penchant for disarming candor. The film’s most heartbreaking moment finds him asking his parents, at a low point, whether he would have had an easier time of it had he been born white. There isn’t an iota of bitterness or self-pity in the question. He genuinely wants to know. They never answer.