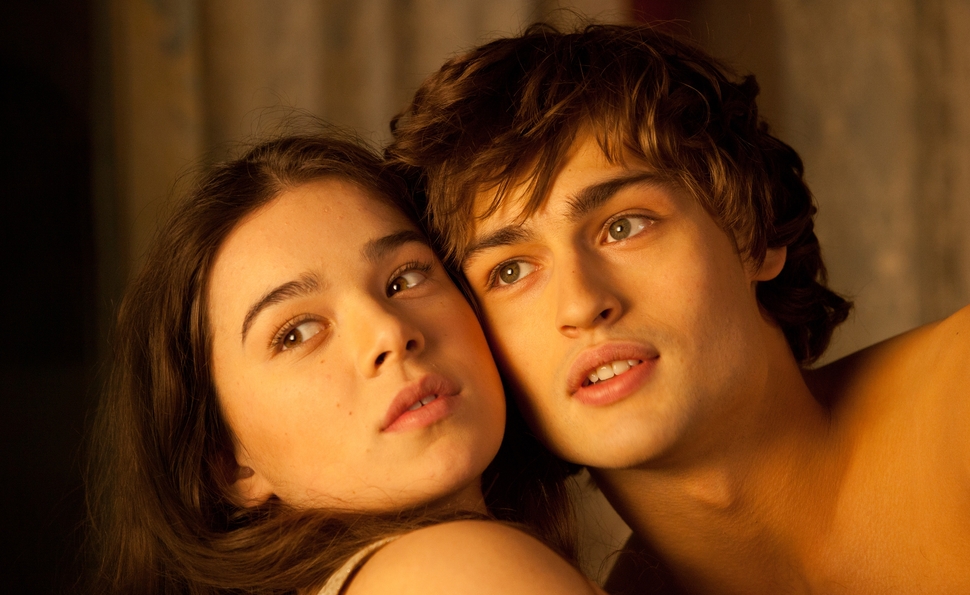 Every new interpretation of a classic needs a reason to exist—not necessarily a gimmick, but a point of view, something to make it distinctive and memorable. According to director Carlo Carlei, the distinction of his new big-screen version of William Shakespeare’s Romeo & Juliet is that it’s shot on location in Verona and Mantua, where the play is set. He visualized his version as taking place in Renaissance Italy, which let him use the era’s lavishly ornate Italian architecture for his backdrops, assisting a lush production design and costuming with equally lush settings. But what most people will remember about this version is that it’s the one that takes half-measures with Shakespeare’s language, neither preserving the original text nor fully updating it. The script, by actor-turned-writer Julian Fellowes (Downton Abbey, Gosford Park), cuts monologues and maunderings to the bone, replacing them with more straightforward language that’s still meant to sound Shakespearean.

Cheap shots and easy jokes aside, that doesn’t mean replacing “A plague on both your houses” with “All y’all suck,” or “But soft, what light through yonder window breaks? It is the east, and Juliet is the sun” with “Hey Juliet, you’re pretty.” The play’s most famous and memorable lines remain intact, or at least altered only minimally, for a more contemporary flow. But while the play’s key moments were left sacrosanct, much of the connecting tissue has been streamlined or excised. Occasionally, Fellowes’ replacement lines are complete clunkers, as when Friar Laurence (Paul Giamatti) wraps the play not with an agonized speech blaming himself for the tragedy he’s just witnessed, and offering his life as recompense, but with a single muttered, sullen-sounding excuse: “Their own forbidden love did murder them.” But much of the material integrates inoffensively with Shakespeare’s text, bringing 500-year-old language forward several centuries without pushing it into the realm of modern slang.

For the most part, the problem isn’t the rewrites so much as the omissions. Fellowes’ script cuts rapidly to the chase, introducing the warring Montague and Capulet families, then pushing their respective scions Romeo (Douglas Booth) and Juliet (True Grit star Hailee Steinfeld) together at a Capulet ball that Romeo crashes with his Montague kinsmen Benvolio and Mercutio. While the play is about love at first sight, headstrong youth, and the passion of infatuation, this Romeo and Juliet seem particularly naïve and overeager: They’ve barely exchanged a few words and a few kisses before they’re planning to get married the next day. The familiar tragedy falls out from there, but it’s rarely seemed this obviously like the inevitable result of a series of shallow and ill-considered decisions.

Carlei’s version takes a handful of unusual tacks. Some are intriguing, like casting The Road co-star Kodi Smit-McPhee as Benvolio; he’s 17, but he looks far younger. Having such a wide-eyed, soft-faced young man in the role heightens the drama and tragedy of scenes where he repeatedly tries to keep the Montagues and Capulets from each others’ throats, only to be ignored, like the kid brother no one wants to get caught obeying, even when he’s the only one making sense. Elsewhere, it’s clear Benvolio idolizes Romeo, and trails along helplessly in his footsteps, more sensitive kid than bluff warrior. Other decisions are less nuanced: Mercutio (Christian Cooke) gets so little screentime, and is played as such a smug, self-absorbed scoundrel, that he comes across as a generic Montague bravo, rather than an outsider drawn into a senseless inter-family feud. (Under the circumstances, his “plague on both your houses” curse doesn’t make much sense.) And Tybalt (Ed Westwick) similarly only appears long enough to come across as a thuggish near-stranger whose interest in Juliet’s “honor” comes close to predatory and abusive. Under the circumstances, it’s hard to understand why anyone later thinks she might be mourning him.

There are a number of off-kilter elements to Carlei and Fellowes’ take on the material, all seemingly caused by what they chose to leave when paring away so much else. With so many other characters reduced, condensed, or dropped, Friar Laurence and Juliet’s unnamed nurse (Lesley Manville) seem overemphasized to the point where they’re both major characters, and major problems. The protagonists’ impulsive teenage behavior is one thing, but these two inappropriately nosy, pushy guardians enable and encourage the couple’s worst impulses. And by hiding the teenagers’ secret marriage when it most needs to be revealed, and getting involved in rash, senseless contrivances rather than urging patience or common sense, they wind up more at fault than the lovers themselves. In the same way, the stripped-down script seems to emphasize the way Romeo and Juliet variously call upon God, fate, and love to intervene on their behalf, all without getting an answer. Apparently they live in a cruel, deterministic world, where any supernatural forces that do exist are conspiring to push them to a vastly coincidental mutual end.

But in any Romeo & Juliet, the major issue is whether the leads are convincing enough to sell an audience on their passion, on a love-at-first-sight attachment that turns a couple of kisses into a connection worth dying for. Booth and Steinfeld make a pretty couple in pretty clothes, but their performances may play best to people their own age; to an adult audience, they look even younger than their ages, like a couple of kids more infatuated with the idea of romance than with each other. There’s a surface-level gloss to the acting in Carlei’s version that matches the sumptuous surroundings, the equally sumptuous design, and the smoothing spackle Fellowes puts over the Bard’s complicated wordplay and endless bawdy humor. It’s all tasteful and polished to a fault, but it feels like exactly what it is: an abbreviated version that preserves the high points, zips past the rest, and never approaches the depth of the full text.