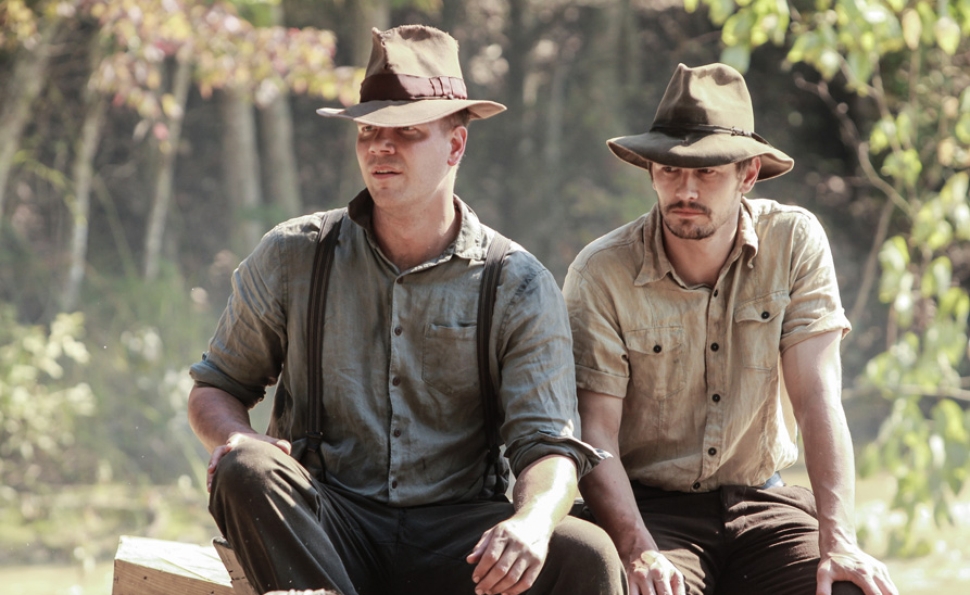 As I Lay Dying

William Faulkner’s tenure in Hollywood wasn’t a happy one, and his books haven’t fared much better. Faulkner’s dense, high-modernist prose, his use of multiple narrators and points of view, and above all, the inward-looking nature of his novels make his books ill-suited for screen adaptation, and in recent decades, few have been fool enough to try.

Enter James Franco, who is beginning to make a career out of rushing in where others, sometimes wisely, fear to tread. There’s certainly nothing halfhearted or hidebound about Franco’s approach to As I Lay Dying, which uses handheld camera, split screens, and fourth-wall-breaking monologues to tackle the book’s 15 distinct narrators. It isn’t as gleefully anachronistic as Baz Luhrmann’s The Great Gatsby, or as saturated with the imperatives of commerce, but the movies are kindred spirits in the way they’re faithful to the letter of their source’s words while reinventing the spirit behind them. (They’re also likely to infuriate many of the same people.)

The title notwithstanding, the dying Addie Bundren (Beth Grant) plays only a small role in As I Lay Dying, most of which is concerned with the impact of her death on her five children, and the disposition of her corpse, whose stinking unwieldiness stands in for the inescapability of the past. When eldest son Cash (Jim Parrack) is sawing wood for her coffin, the sound seems to be everywhere; later, he delivers a point-by-point rundown of the finer points of coffin-building. It doesn’t help that the old woman asked to be buried in a town several miles away, or that a storm has turned the river they must cross into a roaring torrent (though given the obvious limitations of Franco’s budget, it looks more like a slightly uppity creek). In crossing that river, Cash breaks his leg, but his brothers are reluctant to spend money for a doctor, so it begins to rot and turn black, just one more piece of dying flesh in need of disposal. Even the illegitimate child in the belly of his sister, Dewey Dell (Ahna O’Reilly), is an unwelcome appendage, one she spends much of the movie trying to find a way to lose.

As I Lay Dying borrows structural strength from its source; an underlying thematic unity binds its many threads together. But Franco doesn’t answer the elemental question posed by any literary adaptation: Why does this movie exist? It isn’t even clear how Franco would answer that question, unless it’s as a pretext to get some of his friends dressed up in Depression-era costumes and try on their thickest, gooiest Southern accents. (As the resident cretin, Tim Blake Nelson speaks his lines as if he learned them phonetically; he makes the drooling hillbillies in Deliverance sound like Sir Ian McKellen.) Putting Faulkner’s dialogue in actors’ mouths only underlines the fact that it was never meant to be read aloud, and simply cutting between one perspective and the next does nothing to evoke the rushing stream of collective consciousness that runs through Faulkner’s South. It’s more like what the Max Fischer Players might come up with, given a copy of the novel and a few hours’ head start.