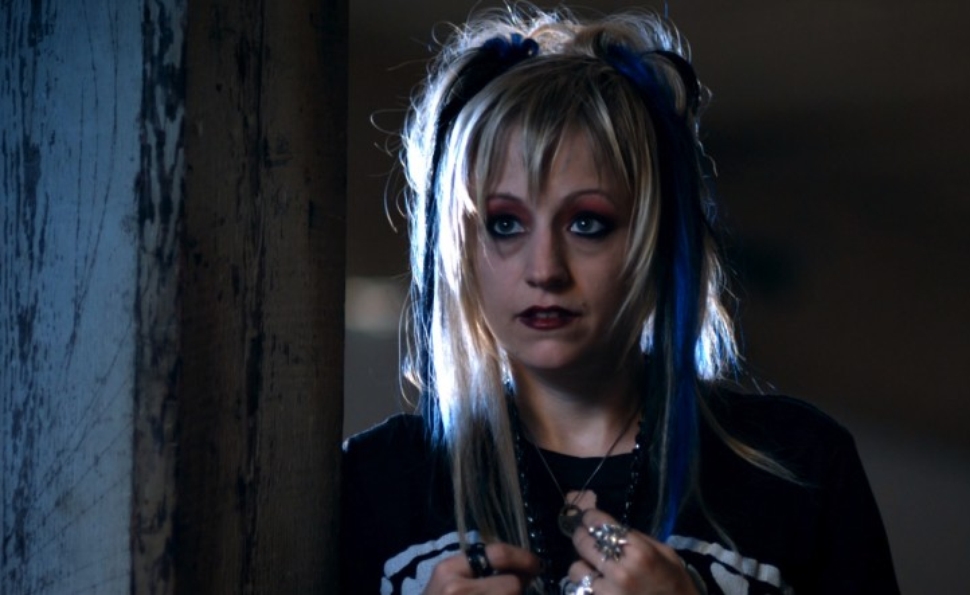 Bait-and-switch can be an effective artistic strategy, but only up to a point. If everything hinges on the element of surprise—not in terms of plot twists, but simply regarding what kind of movie it really is—then only viewers who go in knowing absolutely nothing will have the desired experience. Everybody else, having been tipped by marketing, word of mouth, or even deliberately cagey reviews like this one, will be sitting there twiddling their thumbs, awaiting the sudden gear-shift they know must be coming. Takashi Miike’s Audition is a masterpiece in large part because it didn’t need to suddenly metamorphose into a horrific gorefest; its sedate first half works so beautifully as a portrait of misdirected loneliness that the film could have profitably continued in that vein right to the end. Forgetting The Girl, by contrast, has nothing to offer apart from misdirection. It merely transforms from one kind of lousy movie into another kind of lousy movie, and knowing it’s going to do so makes the wait for the big reveal seem interminable.

Lousy Movie No. 1 opens with the video diary of Kevin Wolfe (Christopher Denham), a nebbishy portrait photographer who explains to his camera that he’s had trouble with women—he invariably calls them “girls”—all his life. He hits on every aspiring actress and/or model who comes to him for headshots, and each time he’s rejected, he has to find some way of forgetting the pain: a comfort meal, a Lost marathon, or maybe another “girl” who inexplicably, briefly agrees to go out with this socially inept Norman Bates wannabe. One of them, Adrienne (Anna Camp), disappears not long after informing Kevin that she only wanted a one-night stand, not a boyfriend. Adrienne’s sister questions Kevin, but the likelier culprits appear to be his makeup artist, Jamie (Lindsay Beamish), whose fixation on Kevin finds her stalking him day and night, and his creepy neighbor, Tanner (Paul Sparks), who has some sort of hobby involving photographs of his own that are never shown, but at the sight of which Kevin recoils.

None of this is remotely compelling for its own sake. First-time director Nate Taylor, who has a background in editing, gives Forgetting The Girl impressive technical polish, but the performances he gets from his young, unknown cast are strictly amateur-hour—especially Beamish, who makes Jamie such a spluttering, insecure nightmare that it seems downright heroic when Kevin rudely demands that she shut up. And while screenwriter Peter Moore Smith (Julianne Moore’s brother), adapting his own short story, works hard to root Kevin’s issues in a traumatic childhood incident involving his younger sister (seen in trendily overexposed flashbacks), the revelation that finally emerges is almost laughably trite. Forgetting The Girl does offer one moderately shocking scene, at the point where it abruptly becomes Lousy Movie No. 2, but its effectiveness will have been blunted for anyone who’s seen this film filed by genre, and the shift in tone, whether expected or unexpected, has no effect on the overall banality. The good news is that a Lost marathon won’t be necessary afterward. The film will speedily evaporate on its own.