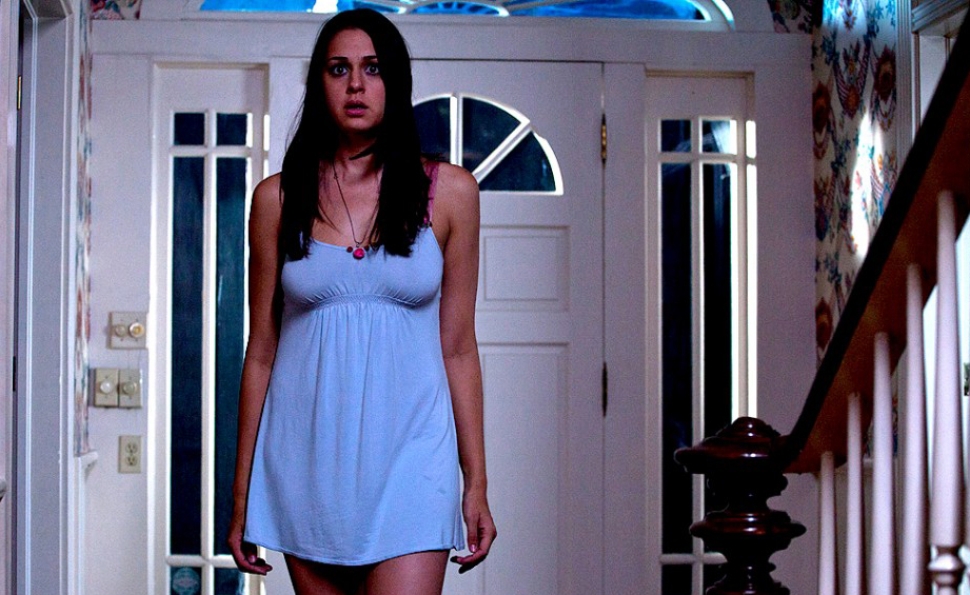 Horror reflects the cultural zeitgeist as much as any genre, but its story trends tend to be cyclical. The September 11 attacks and the ensuing war ushered in a wave of torture-porn films, in which people suffer bad things without good reason. The faux-surveillance tactics of found-footage films followed, reflective of the shoot-it-all digital era. Now, ghost stories are in vogue again: relatively simplistic startle-machines often presented as a chance for characters to preserve the present by correcting the past. Shot in 2010 and just now seeing release, Anthony DiBlasi’s Cassadaga serves as an ungainly, unwitting bridge between eras by blending a melodramatic ghost story with gruesome body-mutilation asides.

After her younger sister’s accidental death, Lily (Kelen Coleman) drops her teaching job and takes off to Cassadaga, “the psychic capital of America.” Hoping to contact her sister via seance, Lily is instead haunted by the latest victim of a local serial killer named Geppetto, and teams up with a hunky single dad (Kevin Alejandro) to find the boogeyman who transforms his captives into living marionettes.

Lily happens to be deaf, which makes her newfound knack for hearing the undead something of a sixth (or fifth, technically) sense, but she’s a keen lip-reader, and otherwise serves as a typically traumatized heroine with a reasonably pitched voice. Still, her condition fails to excuse pockets of hoary exposition in which characters remind each other of details that should already be familiar between them. (Louise Fletcher, in a small supporting role: “If you’re half as talented as your mom, you’ll make the university proud!” Coleman: “Well, thank you for the full scholarship and a place to live!”)

Despite a gruesome prologue meant to whet the appetites of impatient gorehounds, DiBlasi, who previously directed the 2010 Clive Barker adaptation Dread, takes an admirably character-driven approach to the story. With the help of cinematographer Jose Cassella, he fashions a decent-looking paranormal procedural, exploiting the Central Florida locations for a Southern Gothic vibe. Coleman, a relative newcomer, holds her own opposite veteran Fletcher and her similarly capable castmates. She plays wide-eyed and inquisitive well, without coming across as overearnest.

But the ensemble can only work so many wonders with a story assembled piecemeal like a genre Neapolitan. Cassadaga cribs equally from Ghost Whisperer-like spiritual melodrama, ghostly mystery, and grisly torture porn. There are maudlin flashbacks, maggot-filled hallucinations, the heroine hiding in a suspect’s closet, the 90-minute false bottom to the 110-minute mystery, and even a post-credits stinger, but all the horror hallmarks do little to compensate for a dearth of genuine scares or surprises, and DiBlasi’s workmanlike approach isn’t distinctive enough to transcend the script’s clichés. In the end, Cassadaga isn’t just one mediocre movie—it’s three, with each part haunted by the ghosts of other, better efforts.