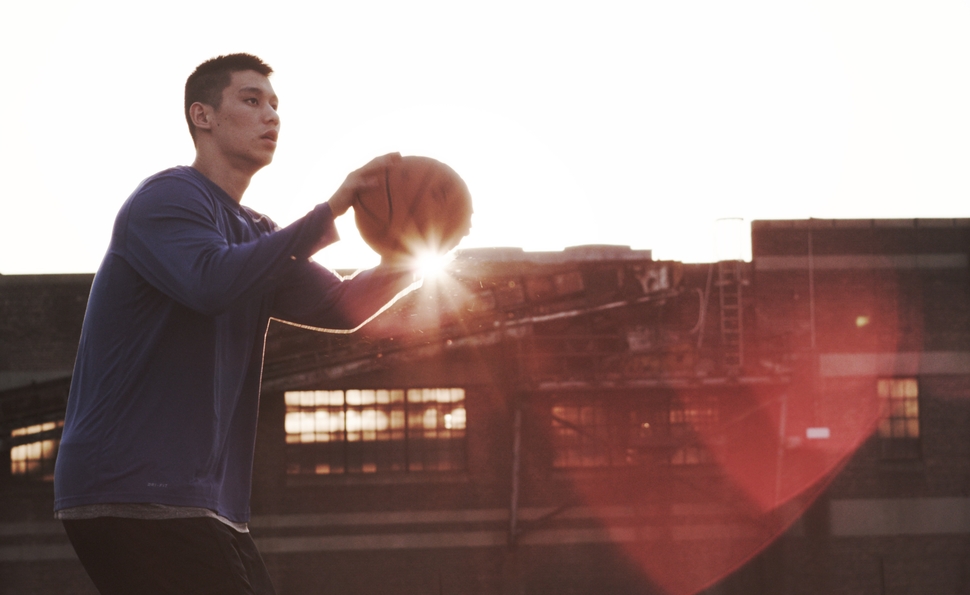 Sports fans live for anomalies, those miraculous comebacks or once-or-twice-per-lifetime championships that justify the countless hours of sweating inconsequential games or watching rallies fizzle down the stretch. But it’s rare that excitement over those anomalies is shared by virtually everyone who watches a sport, because rooting interest usually takes precedence. No NBA fan will ever forget those magical two weeks in February 2012 when Jeremy Lin, a benchwarming point guard for the New York Knicks, torched the league night in and night out, averaging 27.2 points in his first five starts and leading a hapless, dysfunctional team on an improbable winning streak. There were T-shirts, magazine covers, and a media sideshow that crossed into one of our country’s more unfortunate conversations about race, but mostly it was Lin, in Madison Square Garden and beyond, draining shot after shot to sustained euphoria. And bad puns.

A mostly conventional triumph-over-adversity narrative, Evan Jackson Leong’s documentary Linsanity would fit in well as an NBA Network programmer or an ESPN doc before the rise of 30 For 30, but while it’s a cookie-cutter profile, the cookie is delicious. Merely returning to an extended highlight package of Lin’s incredible run would be pleasure enough, but Leong spends the first two-thirds of the film putting it in context. And while it’s a standard-issue sports-doc ploy to lay out all the obstacles a player has overcome, for Lin, those obstacles were overwhelming, rooted in the disrespect given to him as an Asian-American in a sport where few play at the highest level. At every phase of his career, his abilities have been questioned—sometimes legitimately, given the holes in his game—but the kid stays in the picture.

One of three American-born sons of Taiwanese immigrants, Lin inherited his father’s passion for the NBA and found success at Palo Alto High School, leading the Bay Area program to a Division II state title. Despite those credentials, none of the major NCAA teams came calling, so Lin slipped to Harvard, a school viewed as skeptically for its sports programs as it is revered for its academics. Always a scorer of the first order, he excelled at Harvard under coach Tommy Amaker, whose uptempo style suited Lin’s quick, free-flowing game. But again, his triumphs there were met with more adversity: He wasn’t selected in the 2010 NBA Draft, and was consigned to the uncertainties of earning a roster spot through workouts and summer league, for no guaranteed money. When his hometown Golden State Warriors picked him up, it was a dream come true for Lin, but the Warriors already had two star guards, and Lin’s rookie mistakes earned him three separate trips to the dreaded D-league before he got waived altogether. Intensifying his disappointment was the thought that the Warriors, in a city full of Asian fans, had wagered less on his talent than on selling tickets and jerseys with his name.

By the time the Knicks picked him up, another team, the Houston Rockets, had cut him too, and New York was prepared to do likewise once its roster was more settled. In one anecdote shared in Linsanity, Lin recalls asking coach Mike D’Antoni if he should bother having his car shipped out to New York, because he’d been forced to take cabs everywhere; D’Antoni was noncommittal. Lin’s great cultural moment arrived a mere 48 hours before the Knicks were likely to waive him, with the question of whether he’d find another home in doubt. “Linsanity” was a magical conflation of events: Injuries to key Knicks players, an opportunity for Lin to control the ball at point guard, a D’Antoni system that suited Lin’s playmaking style, Lin’s desperate need to make an impression and stay in the league, and, of course, Lady Fortune smiling down on him. (For Lin, a devout Christian, a better name for “Lady Fortune” is God.)

Leong draws from a wealth of video footage—the Lin family did plenty of self-documentation—and reasonable access to the athlete, whose down-to-earth quality makes him easy to cheer as a player, but not terribly compelling as an interview subject. (Though his glee in scoring a cheap zen fountain from Target is infectious.) The film does better at showing the stresses for players like Lin who have NBA dreams, but are hanging on to that dream by their fingernails. When Lin was sent back repeatedly to play D-league ball in Reno, he was in a pool with a bunch of other players doing everything they can to get noticed, which means good, fundamental team basketball gets thrown out the window, and it’s every man for himself. And when players like that get called back up to the NBA, they again feel the pressure to make an impact, so they wind up shooting when they should pass, and losing any sense of team chemistry. The irony of “Linsanity” is that Lin, with his career on the brink, brought D-league ball to the big stage—and fortunately, he just happened to hit all his shots.

It can be tough to sort out the sports clichés advanced by Linsanity from the reality of Lin’s achievement, because so many of those clichés—that he’s a “big game” player, that will and God’s grace won out in the end—are validated by what happened. While it’s a shame Leong couldn’t find a fresher approach to Lin’s story—and that he left out any postscript about his struggles the following season in Houston—he does well in setting the stakes. The greatest basketball phenomenon of the last several years takes care of the rest.