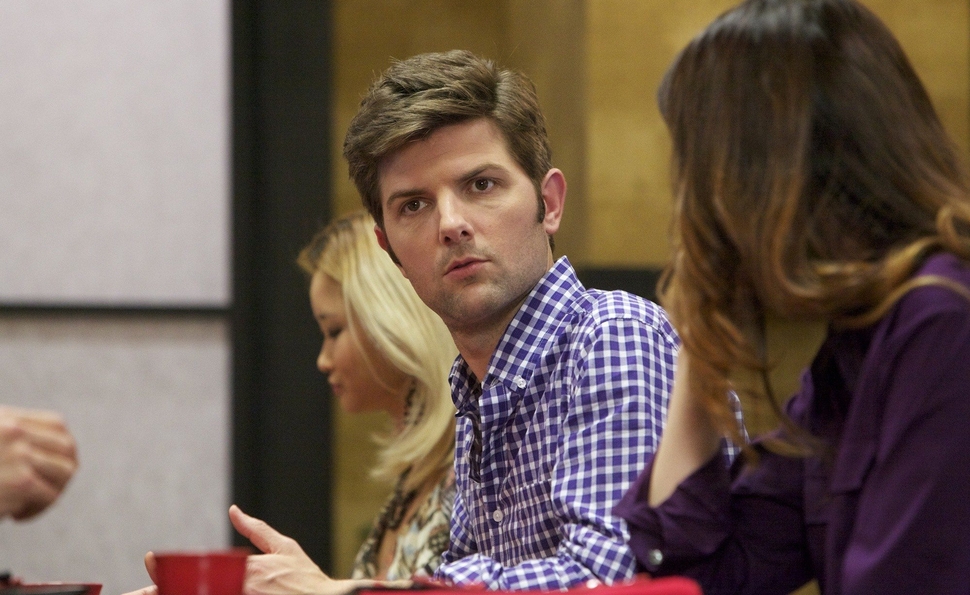 As A.C.O.D. (an initialism for Adult Children Of Divorce) points out over and over, divorce is becoming the rule rather than the exception in American culture, something pretty much everyone has experienced or will eventually experience, as either participant or observer. For most people, divorce remains a bummer, but it’s no longer inherently noteworthy or dramatic, at least not for outside observers. That puts the onus on A.C.O.D. to find an interesting angle on the material. Its approach is to tell the story comedically, and well after the fact, through the grown children who have been shaped by their parents’ divorce. That approach works well enough for A.C.O.D. at the outset, but its appeal fades as the story hammers at the same self-evident points over and over, and squanders the goodwill engendered by the film’s exceedingly likable cast, most of whom are asked to play exceedingly unlikable people.

The biggest victim of A.C.O.D.’s miscalculations is star Adam Scott, playing Carter, a successful, seemingly well-adjusted man who reveals himself, over the course of the film, to be a fragile, neurotic man-child just waiting for the right motivation so he can devolve into a personal crisis. Scott’s natural charm goes a long way toward making Carter’s behavior… not believable, but at least sympathetic. For a little while, at least. But over the course of the film’s scant 87 minutes, Carter becomes a figure that no actual adult child of divorce would want to relate to, desperate and victimized in equal measure.

Carter’s troubles stem from the long-ago divorce of his parents, two horrible people played by two wonderful actors (Richard Jenkins and Catherine O’Hara), and the discovery that following their divorce, he was unknowingly part of a study about children of divorce that resulted in a bestselling book by another horrible person, Jane Lynch’s Dr. Judith. Dr. Judith’s self-serving interest in Carter—which prompts her to do a follow-up study on him and his fellow subjects/victims—is at least a good fit for Lynch, who has a way of injecting deplorable characters with an odd, unexpected sort of charm, but Jenkins and O’Hara are playing shrill, spiteful people, essentially devoid of redeeming qualities or the ability to empathize with anyone, including their supposed loved ones. Carter routinely twists himself in knots to keep his parents from getting within striking distance of each other, an approach that’s complicated by the engagement of his younger brother (Clark Duke), who was too young to bear the brunt of their parents’ divorce, and leads an accordingly sheltered, oblivious life.

Jenkins and O’Hara get a fair share of laughs out of their characters’ self-absorbed, immature behavior, but they come off more like an embodiment of obstacles to be overcome than human beings with families, or emotions other than rage and lust. Amy Poehler, in a minor role as Jenkins’ character’s latest new wife, faces a similar fate, though her character’s deplorable treatment of others at least has some motivation. (And for Parks And Recreation fans, it’s fun to see her as an antagonist to Scott, given the pair’s romantic chemistry on that show.)

A.C.O.D. is pitched as comedy, but first-time director and co-writer Stu Zicherman seems hesitant to commit to either the pitch-black comedy his characters are made for, or the heartwarming family dramedy his plot appears to be fumbling toward. It’s a messy little story that’s occasionally redeemed by its performances—Scott and Lynch’s scenes together, in particular—and its willingness to embrace ambiguity, particularly in the conclusion. But it’s neither consistently funny nor poignant enough to make the most of its impressive cast, all of whom are capable of delivering better than what A.C.O.D. asks of them.