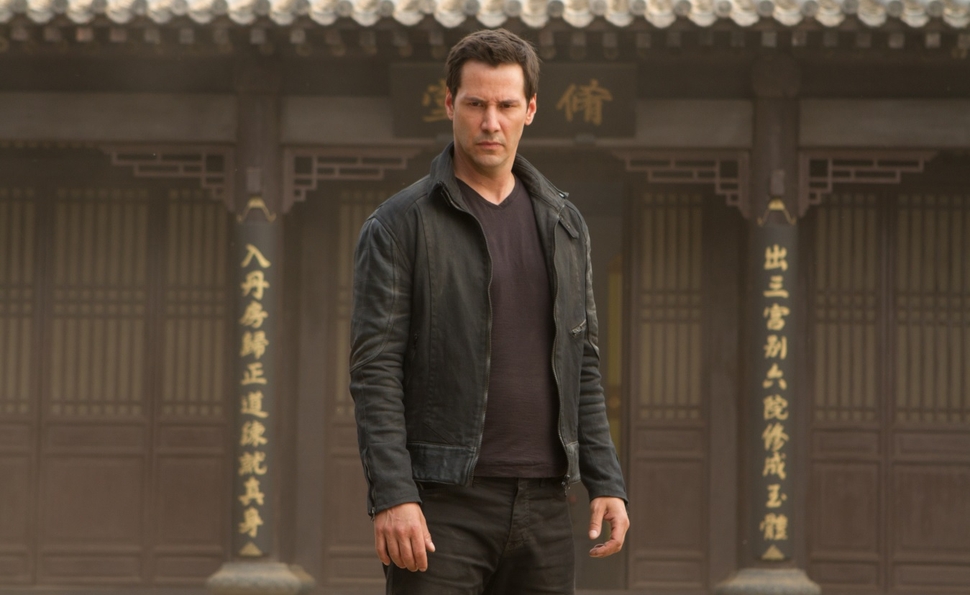 Like RZA’s more accomplished kung-fu epic The Man With The Iron Fists, Keanu Reeves’ Man Of Tai Chi feels like a movie its creator has been dreaming about making since he was a kid pretending to be Bruce Lee with his buddies in his back yard. And this elaborate game of childhood make-believe is sometimes ingratiating. The film’s openness and sincerity is both admirable and more than a little ridiculous.

The film stars the slight Tiger Chen, who previously worked as a stuntman on both sequels to The Matrix, as Chen Lin-Hu, a man with a double life. By day, he’s a meek, mild-mannered delivery man bullied by superiors and customers alike. But in his spare time, he’s the most gifted and powerful disciple of Master Yang (Yu Hai), and a revolutionary martial artist whose explosive style unleashes the previously untapped destructive power of tai chi.

Chen’s master warns him that tai chi is a spiritual discipline that should not be used for violence or personal enrichment, but a demon soon appears over the championship fighter’s shoulder in the form of Donaka Mark (Reeves), a figure of almost satanic evil who runs a massive underground fighting network and seems to have cameras everywhere. In a wonderfully misguided performance, Reeves plays Mark as a glowering baddie with his lips frozen in a perpetual mocking sneer, communicating solely via terse, cryptic pronouncements. He isn’t just intent on exploiting Chen’s preternatural fighting talent for commercial gain, he’s intent on ruining him morally as well, buying not just his fighting services, but his very soul. It’s The Devil’s Advocate all over again, only this time, Reeves has cast himself in the role of the older, seemingly all-powerful devil out to corrupt a good man.

That’s the kind of larger-than-life, Falstaffian role that actually calls for Al Pacino at his hammiest; Reeves has been convincing as troubled-to-psychotic characters in films like The Gift, A Scanner Darkly, and Street Kings, but he’s laughably out of his depth here. Honestly, if Keanu Reeves represents the ultimate evil in any fictional universe, then its inhabitants have nothing to worry about.

Chen initially wants to honor his master and the non-violent spirit of tai chi, but he’s forced to fight for money when the temple where he trains comes under suspicious fire for safety-code violations, and its inhabitants are due to be evicted in 30 days unless a large sum of money can be raised quickly. Unfortunately, there are no ragtag teams of breakdancers and/or talent shows in the area to help raise the money, so it falls upon Chen to finance the temple improvements himself, via a series of illicit underground fights among martial artists of different disciplines. The bouts make him a fighting legend, but at what cost? Viewers don’t know. Since they never see the protagonist as anything other than a strangely milquetoast everyman/unstoppable fighting machine before Mark begins to poison his soul, his moral descent doesn’t register as strongly as it should.

Reeves’ film internalizes the aesthetics of fighting games like Street Fighter and Mortal Kombat enough to make a videogame adaptation seem redundant. Screenwriter Michael G. Cooney makes his background as a videogame writer apparent in various ways, including Reeves repeatedly growling, “Finish him!” in homage to Mortal Kombat’s famous catchphrase. In that context, Mark is the film’s “Big Boss,” the main villain who must be defeated for good to triumph over evil.

Despite its shortcomings as a narrative, Man Of Tai Chi nevertheless feels like Reeves made exactly the movie he set out to make, assuming he didn’t set out to create a movie that was “good” by any stretch of the imagination so much as intermittently entertaining, albeit probably not for the reasons intended. That’s the curse of being Reeves: Whether as actor or a director, he can’t always keep the public from laughing at him rather than with him.