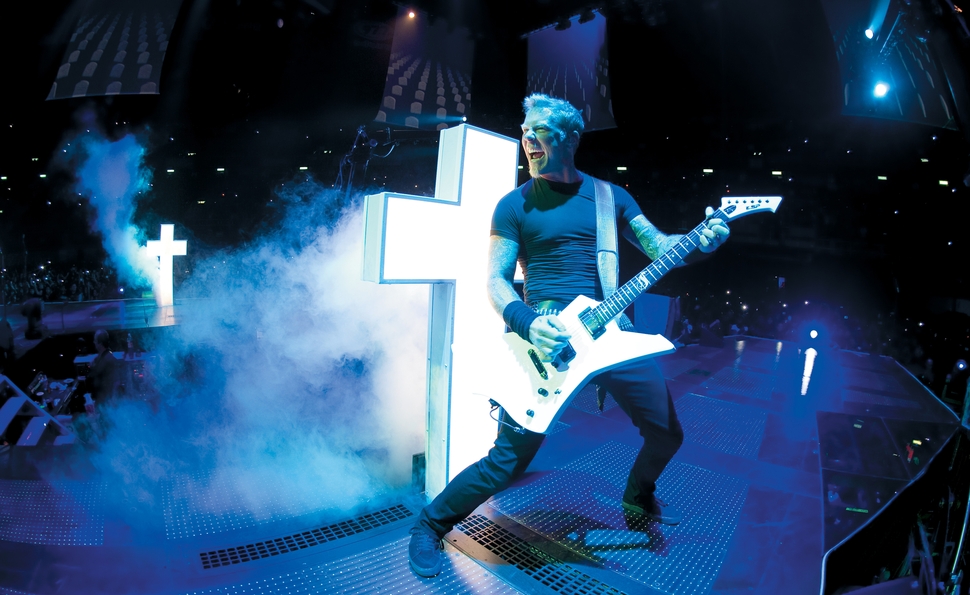 Metallica: Through The Never

After Monterey Pop and Woodstock proved there was a sizable audience for feature-length films of rock ’n’ roll musicians playing rock ’n’ roll music, just about any band with a decent following and a reputation as a sizzling live act tried making a concert film, hoping to make a little money on the 1970s midnight-movie circuit. Then MTV and home video changed the nature of the market for filmed performances, making them so commonplace that they became less special, and the genre faded in the 1980s, shortly after Talking Heads and director Jonathan Demme made one of the best concert films of all time, Stop Making Sense. Film and video of bands in action has undergone a revival in recent years, though, both on the smallest possible screens (YouTube clips and livestreams of the major music festivals) and the biggest possible (special IMAX presentations of mega-bands like The Rolling Stones and U2).

Metallica: Through The Never is a 3-D IMAX concert film with a 1970s midnight-movie soul and an 1980s MTV look. In the tradition of interlude-studded movies like The Song Remains The Same and Yessongs, Through The Never breaks up its 80 or so minutes of Metallica hits with a recurring story. Dane DeHaan plays Trip, a boyish roadie/fan under orders from his boss to drive a van across town to pick up some supplies. But Trip gets distracted on the road by an unexplained bloodstain, and soon, he’s drawn into a post-apocalyptic urban landscape where barbarians clash with cops. Co-written and directed by Hungarian-American genre filmmaker Nimród Antal—director of Kontroll, Vacancy, Armored, and Predators—Through The Never’s narrative segments have the feel of a big-budget music video, but freakier and gorier.

Frankly, the Trip scenes don’t add much to Through The Never, beyond some throwback appeal. The plot is too vague and generic, and it’s largely disconnected from the songs Metallica is playing. Plus, Antal doesn’t bring anywhere near the level of visual style and visceral punch to these action sequences that he has to his other films. Even the way the concert is shot is less than scintillating. Because Metallica plays on a large, segmented stage, the band members are mostly cut off from each other, and Antal makes that disconnection more pronounced by cutting between them too quickly, not letting any performance or moment of interplay build.

That said, the Metallica show itself is pretty spectacular. From the opening sequences of Trip walking past hundreds of backstage crew members to the shot of the band striding out into the crowd like victorious superheroes, Antal emphasizes the hugeness of this endeavor. As the sound of thrash classics like “Fuel” and “Master Of Puppets” makes the entire theater vibrate, Metallica poses in front of enormous, elaborate props: an electric chair, a crumbling Statue Of Liberty, giant guitar necks, and video screens that show everything from corpses in coffins to spreading bloodstains. This isn’t YouTube, in other words. This is a massive rock event, lavishly mounted and carefully choreographed, designed to make a big crowd cheer every note, on both sides of the screen. Even at its goofiest, Through The Never brings back the communal appeal of those early concert films, which were often just a way for young fans to bond with other young fans over the music of entertainers who seemed to understand what they really wanted.