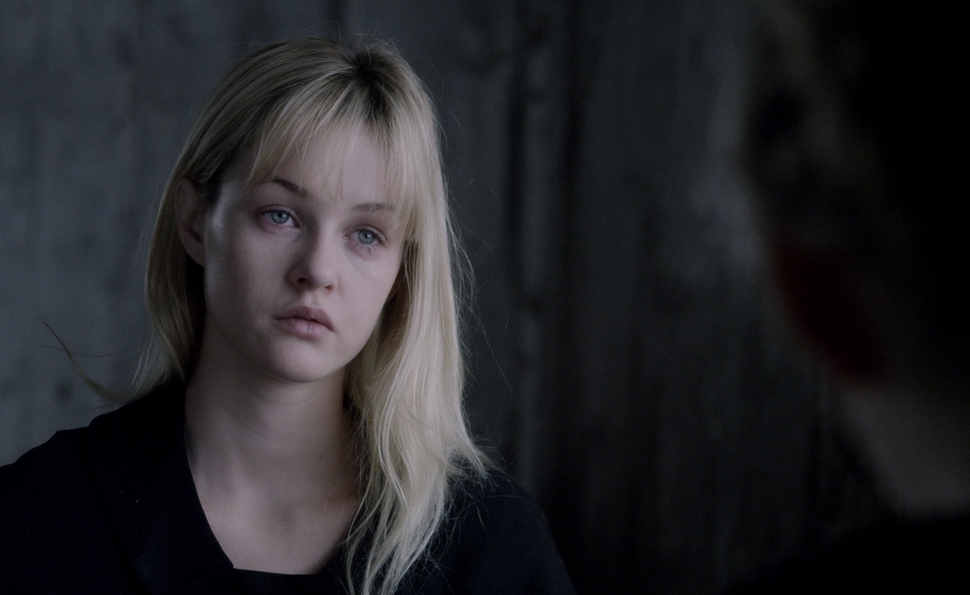 We Are What We Are

Remakes are often regarded as the laziest, most unnecessary form of filmmaking. But in horror, a genre especially rife with foreign-movie retreads and re-imaginings of frightful classics, audiences may be a bit more willing to forgive a repeat, as long as the director behind it really brings the goods.

In We Are What We Are, an Americanized, more methodically plotted version of the 2010 Mexican shocker of the same name, Jim Mickle really brings the goods. Along with co-screenwriter Nick Damici, Mickle takes the basic plot template from the previous film, about a tight-knit family who loses its patriarch and attempts to maintain an unsavory secret, and updates it in canny ways designed to unnerve more thoroughly. In We Are What We Are 2.0, the Parker family loses its mother, not the father. The two oldest children expected to step up and continue a particular grotesque ritual, are girls (Ambyr Childers and Julia Garner) instead of boys. And rather than making the youngest of the three siblings a teenage girl, Mickle and Damici produce an elementary-school-aged boy whose presence immediately raises the film’s emotional stakes. The intense desire to save freckle-faced Rory (Jack Gore) from the religious freakery of his own family spikes very soon after he first appears onscreen, begging for a bowl of Sugar Pops.

But what Mickle really gets right, and what makes this far and away a more artful and effective work of skin-crawly horror than its predecessor, is atmosphere. Eschewing the urban setting of the original, Mickle and Damici set the film in a small town in Delaware County, New York during an intensely rainy period. Roads are flooding. Skies are set to permanent gray. Power is out, forcing candles to serve as the only light in the darkness. Even the leaves on the trees appear to wilt in dread.

Mickle focuses his camera on these kinds of tiny details and others—fingers spider-crawling up a sister’s arm, itty-bitty pieces of bone that wash up in a river—in a way that makes the otherwise mundane seem fraught with foreboding. Something isn’t right in the Parker household. It’s clear long before Frank Parker, played by Bill Sage with an off-kilter mix of paternal softness and unpredictably blunt rage, sits his children down for a family dinner evocative of a majorly fucked-up version of Norman Rockwell’s “Freedom From Want.” The film’s ending is so unexpected, so colossally gross and impossible to anticipate, that it’s hard to know how to regard it.

What happens in the final moments of this movie in many ways undoes the audience’s entire understanding of two key characters. Mickle seems too smart to go for a cheap-gasp ending, though. It seems what he’s saying in his beastly climax simply reaffirms what this movie’s title already conveys: No matter how hard someone resists, it’s hard to fight against what she is, what she craves. Or what’s in her blood.

GoWatchIt: Buy. Rent. Stream We Are What We Are