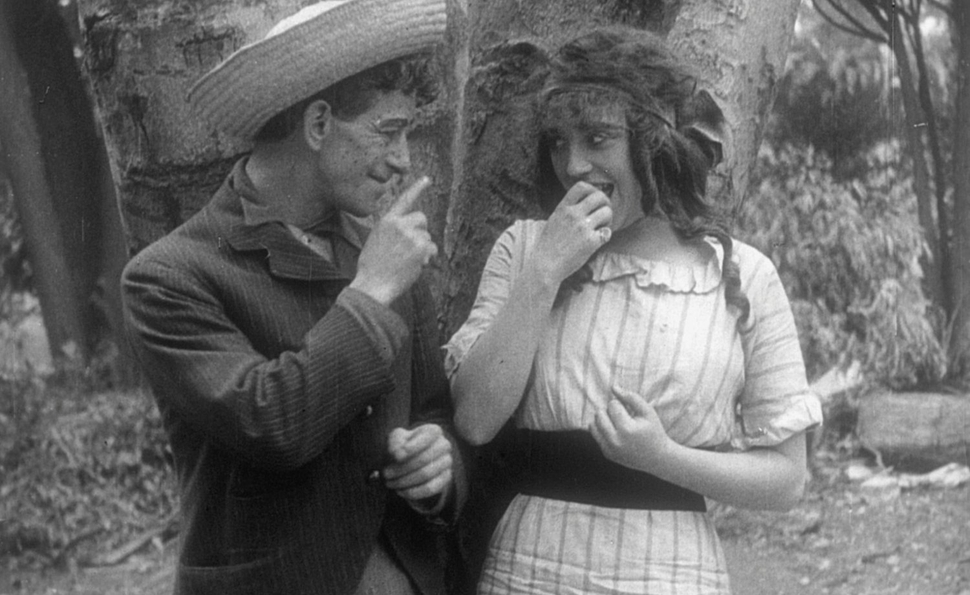 In the early years of international film distribution, prints made their way from the United States to Europe and then beyond, moving from country to country until they reached the ends of their run, often in Australia and New Zealand, where they disappeared into storage closets and private collections. In 2010, the New Zealand Film Archive started working with the National Film Preservation Foundation to make some of these long-lost films available again, through a process of digital scanning, striking new prints, and distributing some of the most significant finds online and on DVD. Lost & Found: American Treasures From The New Zealand Film Archive contains 13 of those films—more than three hours’ worth—on a single disc, representing a good cross-section of the melodramas, cartoons, comic shorts, and newsy items that America shipped across the world in the 1910s and 1920s.

The standout films on Lost & Found are two early efforts by two of cinema’s best-known directors. The hourlong 1927 feature “Upstream” was directed by John Ford, and was one of the last of the 60-plus films Ford made in the silent era. Very different from the Westerns and historical dramas Ford is famous for, “Upstream” is a stagy romance set mostly in a theatrical boarding house, with a story that’s mostly a loose excuse for Ford to film a bunch of vaudeville performers hanging out and casually doing their acts. And then there’s The White Shadow, a 1924 British feature of which only three reels survive; it’s notable because Alfred Hitchcock served as screenwriter, editor, set designer, and assistant director. Director Graham Cutts and Hitchcock had a hit in 1923 with their adaptation of Michael Morton’s play Woman To Woman, starring Betty Compson, so they rushed a version of Morton’s novel Children Of Chance into production, casting Compson as an aristocratic young woman and her ne’er-do-well twin. It’s hard to make any great claims for what remains of this film, although it is visually striking, with huge sets and fashionable costumes, and some clever efforts at telling the story through suggestive images rather than title cards.

As is often the case with these NFPF sets, the fun doesn’t lie in the longer films by big names, so much as in the bits of ephemera. In the Treasures series, Alfred Hitchcock and John Ford can be outclassed by something called “Birth Of A Hat: The Art And Mystery Of Making Fur Felt Hats,” a Stetson-sponsored promo reel that shows the process of making a fashionable hat from start to finish. In films like this, Lost & Found really takes on its time-capsule quality—or in the trailer for Ford’s lost film Strong Boy, or the tinted Pathécolor excerpt from the documentary short “Virginian Types,” or the live-action short based on the comic strip The Gumps, or the episode of the 1914 “girl reporter” serial The Active Life Of Dolly Of The Dailies, or the surviving fragments of old newsreels.  As much as people may hope they’ll be remembered by the great art of their age, cultural anthropologists will look just as much to the infomercials and disposable soap operas that often better define a society.

And these films do have their own intrinsic worth. Some of the better films on Lost & Found are by people who had long careers both inside and outside mainstream showbiz. The cartoon “Happy-Go-Luckies,” for example, is a funny short from Terrytoon’s Aesop’s Fables series, which at the time were coming out a roughly one-a-week clip. “Won In A Cupboard” (known as “Won In A Closet” originally) is a fast-paced comic two-reeler starring and largely created by Mabel Normand, the Keystone comedienne who rarely gets her due as one of the first powerful women in the movie business. But the best film here is the first one on the program, “Lyman H. Howe’s Famous Ride On A Runaway Train,” which had existed in various forms since the turn of the century, using a pre-recorded soundtrack and breathtaking perspective shots to put viewers on the front of a speeding locomotive. People who complain that movies have become nothing more than amusement-park rides should know this isn’t a new phenomenon. Giving audiences cheap, novel thrills is in cinema’s DNA—found even among its long-buried fossils.

While these films have been preserved, the original materials are in some cases badly damaged, with the warping effect so bad in a few scenes that it looks like the 1920s have been invaded by alien balls of light. (It’s kind of neat, actually.) And while past Treasures sets have included commentary tracks, this 198-minute program is limited to the films themselves, and to the new soundtracks recorded for some of them. But Scott Simmon’s extensive liner notes are as good as anything that could’ve been added to the actual disc, with lengthy explanations of where these films came from, and where they fit into their respective time periods. The designation “lost” usually implies obscurity, but the reason so many of these films survived is because they were fairly popular, which means Simmon is able to dig up reviews and trade notices that are helpfully contextual. The booklet is as entertaining as the movies—and that’s saying something, because the movies are quite good.