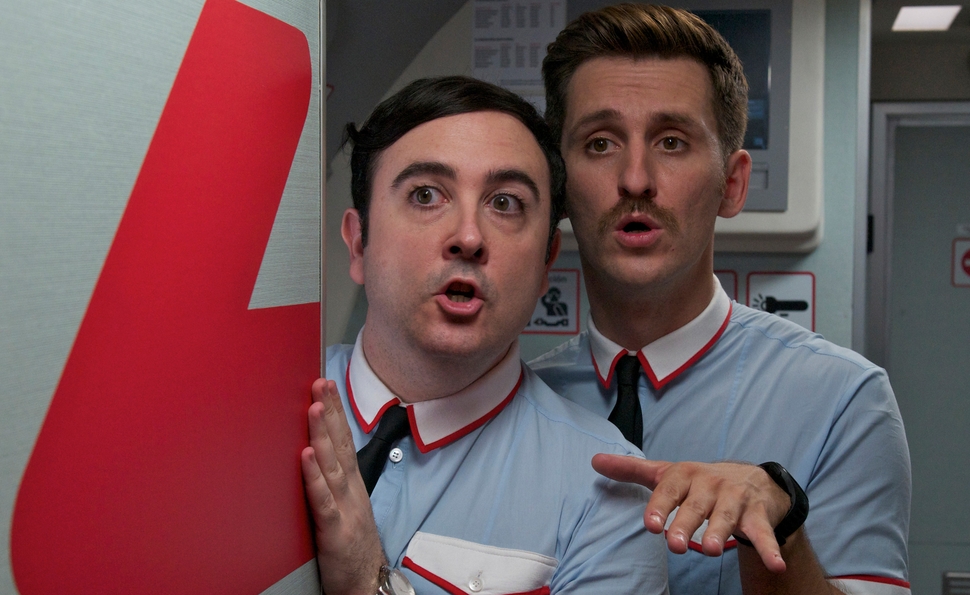 “We love your films,” admirers tell Woody Allen’s filmmaker character several times throughout Stardust Memories, before inevitably adding, “especially the early, funny ones.” Allen no doubt heard that stinging bit of backhanded praise a lot as he expanded his range from smart, silly comedies into films that sometimes explored the big questions through means other than humor. That’s the problem facing filmmakers who want to grow creatively: The further they move from what made them popular in the first place, the more they risk alienating their earliest, often most devoted admirers.

Some evolve more gracefully than others. Pedro Almodóvar made his name in the 1980s with transgressive comedies and melodramas that reveled in the new freedoms of post-Franco Spain. Since then, his films have increasingly replaced fizz with heft; Almodóvar has skillfully shouldered the weight of maturity. While the director of Bad Education and The Skin I Live In has remained recognizably the same filmmaker behind Women On The Verge Of A Nervous Breakdown and What Have I Done To Deserve This?, Almodóvar never seemed all that interested in looking back. Until now.

A farcical spin on the Airport movies of the 1970s, I’m So Excited! packs an airplane full of passengers, most of them in the middle of one kind of personal crisis or another, then watches what happens when a looming disaster potentially puts their lives in danger. It’s light and loose in ways that Almodóvar hasn’t let himself be in decades. Unsurprisingly, it’s also a lot of fun, a relentlessly entertaining lark that, like its setting, soars into the clouds, then discovers it doesn’t really have a way to get down.

It’s a memorable trip while it lasts, however, filled with appealing characters brought to life by an enthusiastic cast. It includes a number of Almodóvar regulars, starting with Antonio Banderas and Penelope Cruz as characters who set the film in motion, then disappear. Three airline stewards—Fajas (Carlos Areces), Ulloa (Raúl Arévalo), and Joserra (Javier Cámara of Talk To Her)—remain at the center of the action throughout, but Joserra most frequently moves the plot along. Unable to keep secrets, he lets slip to the business-class passengers that malfunctioning landing gear and an absence of empty runways has left their Mexico City-bound flight stranded in mid-air. (The economy-class passengers, meanwhile, have been knocked out with muscle relaxants to avoid unneeded hassle.) Joserra also isn’t great with personal secrets, including those concerning the complicated relationship the stewards have with drugs and alcohol. Or the details about their relationships with the plane’s bisexual pilot, Álex (Antonio de la Torre), and straight co-pilot Benito (Hugo Silva), whose proclaimed sexual identities get increasingly ill-defined as the flight progresses. 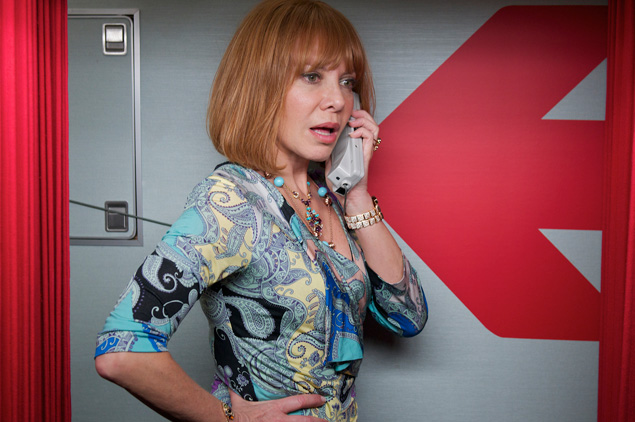 Other passengers include Cecilia Roth as Norma, a failed actress and singer who found her true calling bedding some of the most powerful men in Spain, then serving as madam to those who bed the rest. And Lola Dueñas plays Bruna, a sweet psychic who’s determined to lose her virginity, and who proclaims early on that the plane is headed to a place “where lies don’t exist.” She isn’t wrong: As the plane circles, the drugs and alcohol flow freely, and everyone still awake—and some still sleeping—gets swept up in the action, as the characters act on what may be their last desires. These range from the expected mid-flight orgy to a corrupt banker’s attempt to reconnect with his estranged daughter by phone to a delightful out-of-nowhere dance number in which the stewards lip-sync to the Pointer Sisters song that lends the movie its title.

When one passenger objects to all this frivolity in the face of death, he’s greeted with a riposte about frivolity being the only sensible response to death. If the film has a point, it’s just that, and while I’m So Excited! harps on the point to excess, it’s hardly the only excessive element. Almodóvar unpacks what feels like a years-in-the-making collection of one-liners and visual gags. Could anyone else maximize the phallic imagery of a man receiving a blowjob in the cockpit of an airplane, and make the resulting shot simultaneously funny, ridiculous, sexy, and beautiful? Would anyone else even try?

The Almodóvar of the 1980s could have, even though the Almodóvar of just a few years ago wouldn’t have. Yet as fun as I’m So Excited! is, it’s haunted by a sense that the director’s heart is more in the details than the big picture. Moment-to-moment, the film’s a joy, and some of the stories told by passengers and crew allow Almodóvar to ground the film’s outrageous humor in real emotion. Yet none of those stories really go anywhere, and by the time the film ends with a smile and a shrug, it’s taken on the feel of a sentimental journey, a backward-looking vacation Almodóvar was smart to take, but one he should probably return from soon.