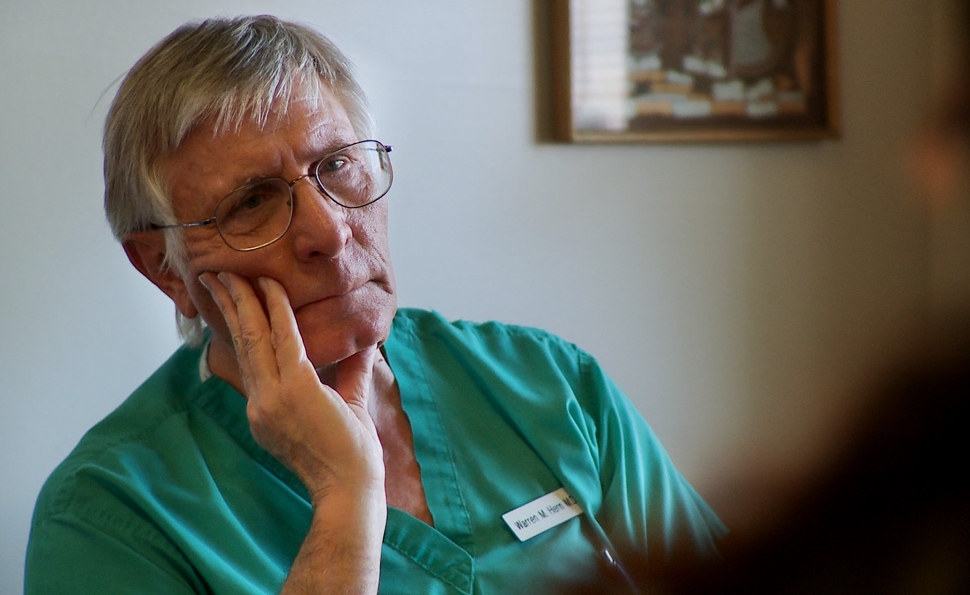 Before Dr. George Tiller, an abortion provider from Wichita, Kansas, was shot to death during church services in 2009, he had survived several threats to his life, including a firebombing of his clinic in 1986 and five gunshots from an attempted murder. As one of only a few doctors offering third-trimester abortions, Tiller was a prime target for extremists, especially with demagogues like Bill O’Reilly, who called him “Tiller the baby killer,” beating the drum on his popular Fox News show. Doctors like Tiller offer the service in the face of constant harassment and death threats, and they’re treated like pariahs in communities that either don’t want the attention, or want to run them out of town by any possible means. Tiller was defiant, and he ultimately sacrificed his life for offering women what he felt was a necessary option.

Martha Shane and Lana Wilson’s sensitive documentary After Tiller profiles the four remaining doctors who offer late-term abortions: Dr. LeRoy Carhart, who was forced to move his practice from Nebraska to Maryland when the former state banned abortions after 20 weeks; Dr. Warren Hern, a battle-weary septuagenerian who’s worked out of Boulder, Colorado since the mid-1970s; and Dr. Susan Robinson and Dr. Shelley Sella, who alternate weeks commuting to a clinic in Albuquerque, New Mexico. The stress takes a toll on their personal lives, but they refuse to be intimidated: Robinson speaks for the group when she says she continues doing it because otherwise, who else would?

Though late-term abortions constitute less than 1 percent of all abortions, they’ve become a point of opportunity for pro-life activists, who have been successful in advancing laws, state by state, to restrict the rights afforded women via Roe v. Wade and criminalize practitioners. After Tiller examines this new, perilous political landscape, but its true value comes from going inside these clinics, listening to the stories of these desperate women, and asking viewers to wrestle with the moral and ethical complexities of an issue that absolutists on both sides oversimplify. The ghoulish rhetoric over third-trimester abortions has many believing these doctors are participating in the casual execution of healthy, full-term babies—or, at a minimum, performing the procedure at a stage where the unborn can experience pain. The truth is more complicated: The principle of third-trimester abortions makes an excellent wedge issue for abortion opponents, because many pro-choice people draw the line there. But the black lines gets much grayer on a case-by-case basis.

Shooting from angles that don’t expose the patients’ identities, Shane and Wilson bring their cameras into emotional counseling sessions, where couples tell stories of fetal abnormalities that will cause terrible suffering, or end a child’s life not long after it’s born. Then there are other cases where the choice to abort isn’t as compelling. The doctors choose to reject some, while others leave them wondering whether it’s fair to reject a woman just because she can’t support her choice with a good story. None of these decisions are entered into thoughtlessly on the part of the doctors or the patients—and the procedure itself, which requires a delivery and birth, could never be taken lightly. This is grave business, and After Tiller registers the weight of it.

There’s no question After Tiller is a piece of agitprop, despite its intimate, rational approach to a deeply contentious issue. It lacks the scope, artistry, and toughness of something like Tony Kaye’s Lake Of Fire, which captures the tenor of the debate and confronts the physical reality of the procedure like no other documentary has. After Tiller considers the other side of the issue from the doctors’ perspective, as the white noise of their daily lives, occasionally morphing into a bigger threat. It’s a limited perspective, but the film isn’t guilty of preaching to the choir, either. While Shane and Wilson plainly favor abortion rights and valorize these doctors for their bravery and fortitude, they aren’t dealing in absolutes—being pro-choice, the film implies, doesn’t mean that choice is clear or easy.