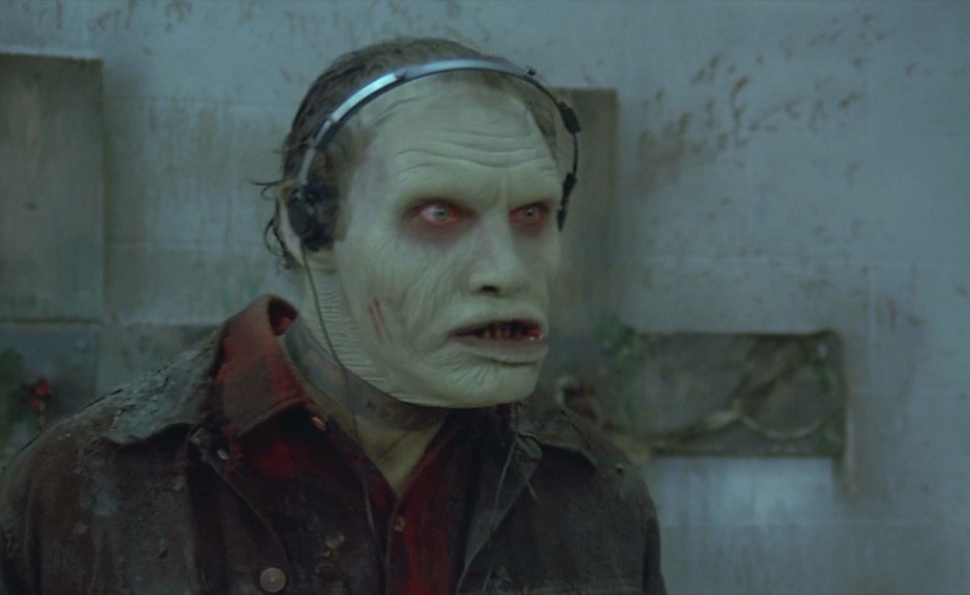 Day Of The Dead

In Shock Value, a first-rate study about the emergence of the modern horror film, author Jason Zinoman warns against overvaluing the political and social commentary of horror movies. Those themes can sometimes be found, but they’re rarely the main element that makes a horror movie great. What looks like commentary is often just a film reflecting its times in ways its creators might not have consciously intended when they made the movies. George Romero’s Night Of The Living Dead, for instance, reflects some of the madness of the late 1960s, but that’s due as much to the movie being in sync with its era as any deliberate design. Even the casting of African-American actor Duane Jones as the smart, doomed hero was, by Romero’s account, simply a matter of going with the best actor. While seeing a strong black man stand up to teeming, irrational hordes is still significant in the context of the era, whether that was intended as commentary wouldn’t matter if Night didn’t work as a horror movie first. Even the most brilliant metaphor needs a functional vehicle to deliver it.

Romero got a little more self-conscious about the way the undead could be used to make a point with each successive entry in his first trilogy of zombie movies. Largely set in a shopping mall, 1978’s Dawn Of The Dead found a sweet spot between horror thrills and and biting observation. Released seven years later, in the thick of the 1980s, when the Cold War had started to feel like it could just as easily blow up as fizzle out, Day Of The Dead feels like Romero started with a controlling metaphor and worked out from there. Trapped almost entirely in a single setting, the film pits soldiers against scientists in an ongoing disagreement about whether to answer the zombie threat with aggression or rationality, a disagreement that leads the protagonists to fight and fight and fight, and talk and talk and talk. It’s easy to see why disappointed audiences at the time felt like they’d come for zombies, and then been duped into watching a chamber drama.

The years have been kind to Day Of The Dead, however, and it’s earned its own following. And though it’s still a disappointment in relation to its two predecessors, it has much to recommend it. It begins and ends brilliantly. An opening sequence in which a handful of survivors visit a Florida city overrun with zombies looks like a post-apocalyptic nightmare. (One shot features a newspaper with the headline “THE DEAD WALK.” What other stories did it run that day?) The climax is appropriately nightmarish, too, with moaning hordes of zombies staining florescent-lit corridors with blood. The film also features the best-looking zombies of the series. Makeup artist Tom Savini calls it his masterpiece, and it’s easy to see why. And while the limitations of shooting in a Pennsylvania limestone-mine-turned-storage-facility become increasingly apparent the more the film revisits the same familiar rooms, it’s still a fascinating location, in which sterile corridors and jutting rock formations exist side by side.

The story isn’t a total dud, either. Lori Cardille plays Sarah, a sensible scientist increasingly at odds with Rhodes (Joe Pilato), a soldier who’s just assumed command after the death of his by-all-evidence more reasonable commanding officer. Rhodes is growing increasingly frustrated with the time and energy his men have invested in capturing and maintaining a handful of zombies to use as test subjects for research overseen by Logan (Richard Liberty), a mad scientist whose experiments they don’t understand. These include the taming of a seemingly gentle zombie named Bub (Howard Sherman, who’s remarkably expressive behind the makeup).

If there’s a flaw built into the film’s logic, it’s that Rhodes, villain or not, isn’t really wrong to lose patience. But whoever’s right, the time spent arguing over procedure gives the film more than its share of tedium. It isn’t all tedium, though, and Romero finds some oddly lyrical moments in the middle of it all, particularly a scene in which Bub listens to Beethoven on headphones, and it seems to stir something in the part of his flesh-craving heart where his soul used to be. Romero’s trilogy has plenty of horrific imagery, but its most haunting moments are those that blur the line between the living and the dead, and few scenes do that so well. In the midst of a problematic film, it also captures the real horror of zombies of the Romero variety: Squint, and it’s hard to tell the difference between us and them.

A few features get ported over from previous editions of Day Of The Dead, including a fine commentary with Romero, Savini, Cardille, and production designer Cletus Anderson, and a second commentary from The Rules Of Attraction writer-director Roger Avary, an admirer of the movie. Savini provides 30 minutes of behind-the-scenes footage, including a lot of makeup tests. Two features are dedicated to the location itself, one a document of a fan’s visit, the other a commercial for the facility. Also included: several trailers and TV spots, and a photo gallery. The main selling points for those who already own the film in some form are a new transfer, which looks good (and appropriately shadowy) and a new, thorough feature-length doc about the movie, World’s End: The Legacy Of Day Of The Dead, which catches up with much of the cast and crew.