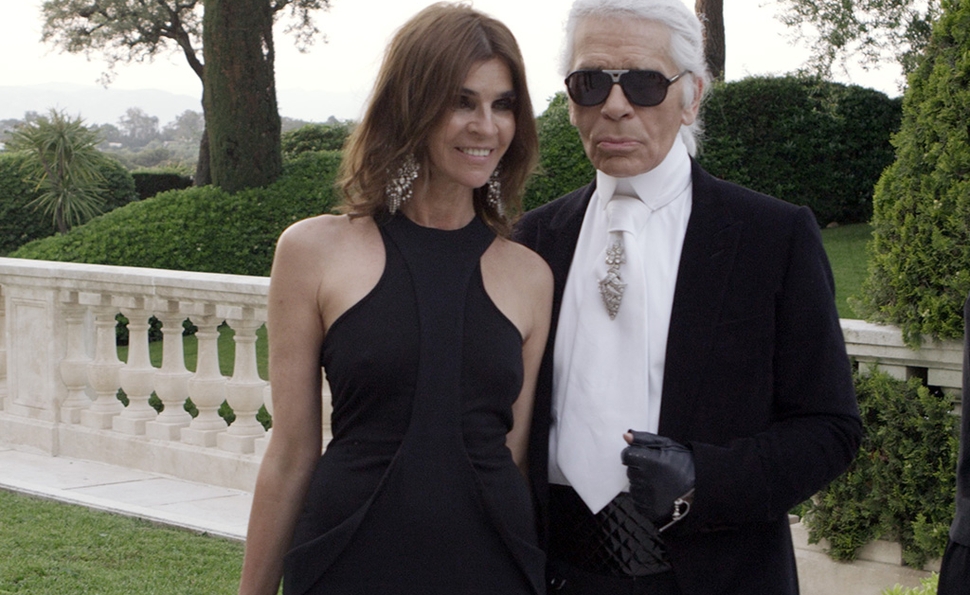 “We never show that it’s hard, it all seems easy,” 58-year-old fashion multi-hyphenate Carine Roitfeld muses over footage of her doing full splits during her private ballet instruction, in a brief segment of the documentary Mademoiselle C. It’s a telling bit of imagery, with the impeccably dance-attired Roitfeld showing only the slightest hint of a grimace as she pushes her body to its breaking point, grace under pressure personified. That goes a long way toward explaining how Roitfeld has ascended to the highest ranks of the fashion world: as a muse for Tom Ford and other designers, as an in-demand stylist, and, most notably, as the editor-in-chief of French Vogue for a decade, a position she left in 2011 to pursue her own projects. In Mademoiselle C, director Fabien Constant posits Roitfeld as a sort of fashion superhero who’s ascended to the top of her field seemingly without breaking a sweat. Unfortunately, a life apparently devoid of conflict or struggle doesn’t make for especially compelling viewing.

What conflict does intrude on Mademoiselle C’s gauzy bio-editorial comes mainly in the form of a briefly considered skirmish with Vogue publisher Condé Nast, which reportedly blackballed Roitfeld when she moved on to create her own “fashion book,” CR, cutting her off from some of the models and photographers she’d worked with at Vogue. But the petty-seeming conflict is waved away almost immediately, with Roitfeld savoring—or pretending to savor—the opportunity to work with new talent. Similarly slight non-drama, like a model fainting during a photo shoot, or another model canceling at the last minute for an important fashion show, is skated over even more effortlessly, the most minor of hiccups in Roitfeld’s otherwise supremely charmed life.

It might have been interesting to watch Roitfeld actually engage with these problems beyond the abstract, to see the hard work and indomitable personality that viewers are constantly being told she has. But Constant opts to detour around them in the name of speeding toward more high-impact footage of fashion shows, photo shoots, paparazzi flashbulbs, and brief glimpses of the celebrities who orbit Roitfeld’s glamorous world. (The most egregious of these moments is borderline-incomprehensible cameraphone footage taken by Roitfeld at the Met Ball, seemingly included here only to prove she sat at a table with the likes of James Franco, Tom Brady, Gisele Bündchen, and other big names.)

Occasionally, this focus results in a charming intersection of high-fashion fantasy and real life, such as when Roitfeld’s close friend and collaborator Karl Lagerfeld, in his signature 19th-century-undertaker garb, takes Roitfeld’s new grandchild for a stroller ride. And it’s somewhat humanizing to see Roitfeld’s excitement over the impending birth of her first grandchild, to the extent that she essentially conceptualizes the first issue of CR around it. But more often, it feels forced and self-aware, the sort of air-kiss sycophancy most people associate with the worst of the fashion world. There’s far too much footage of people coming up to Roitfeld to tell her how wonderful she is—including P. Diddy, Kanye West, and Sarah Jessica Parker—and Roitfeld graciously accepting their praise. It may be uncomfortable for Roitfeld to navigate these sorts of interactions; if so, she never lets on. These shots are about as interesting and illuminating as watching pilgrims worshiping at the feet of an inanimate idol. 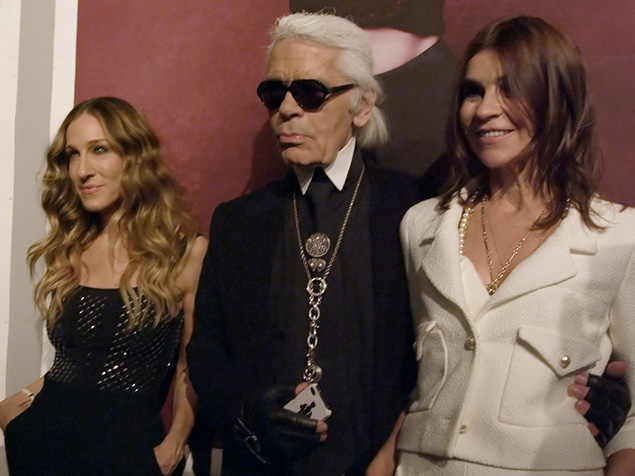 Constant overcompensates for his subject’s unassailable placidity with showy camerawork and editing throughout the film, goosing every minor development with dramatic music cues, and experimenting with odd camera angles and movements in an effort to heighten the excitement of watching models get their picture taken over and over. (Roitfeld seems most at ease when working on a photo shoot, but the sheer number of them included in Mademoiselle C is numbing.) There are also a couple of odd interludes, such as Tom Ford narrating a “fairy tale” he wrote and shot for CR, or audio montages of Roitfeld’s various lofty pronouncements set over beautiful scenery.

Roitfeld does a lot of eloquent pontificating about the ultimate meaning of fashion throughout Mademoiselle C, but the film seems to ignore a significant pronouncement: “Even if fashion is very important, it can’t be more so than the person.” Viewers never get a sense of where Roitfeld came from—her background is addressed only briefly as “bourgeois,” and her past is addressed only in the abstract—or whether she received any pushback on her ascent up the fashion-world ladder, or what her life might be like outside of work. A couple of short interviews with her two children and partner of 30 years suggest a strong, vital home life, and her lifelong passion for dance is perfunctorily addressed in that ballet-practice segment, but beyond that, Roitfeld exists mainly as an aspirational object throughout the film. Mademoiselle C succeeds in showcasing the rarified entity that is Carine Roitfeld, in all her enigmatic, impeccable glory, but it’s ultimately more of a fawning love letter than a nuanced profile of a woman who surely must be more fascinating than she comes off here.