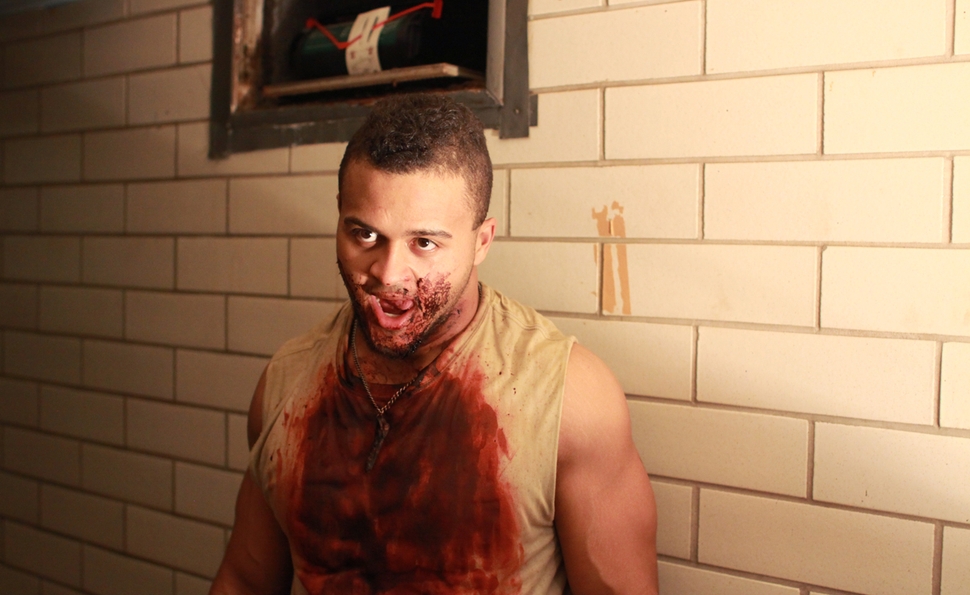 Butcher Boys is far more interested in disturbing its audience than in horrifying them, which in theory might be acceptable if it weren’t such a jumbled grab-bag of Texas Chainsaw Massacre-isms dressed up in slightly more modern, urban rags. It’s no surprise that Kim Henkel, who wrote the original Chainsaw Massacre, also scripted this dud, though it is a depressing commentary on how few new ideas he’s apparently come up with in the intervening 40-plus years.

The most inspired notion suggested by directors Duane Graves and Justin Meeks is that the inner city is no different than horror film’s favorite stomping ground, the deep, dark back woods. That suggestion, however, is left to languish amid much screaming and chasing of nubile young girls, perpetrated by a bunch of young hoods led by a leather-jacketed, hair-slicked-back predator (Johnny Walter) who looks like a 1950s greaser. His style makes about as much sense as anything else in Butcher Boys, which is to say none, especially given that the rest of his crew is a varied bunch that includes a generic eager young pup, a hotheaded tough guy, and a crazed Latino.

This gang’s prime target is Sissy (Ali Faulkner), who’s captured after much fleeing through abandoned buildings marked by de rigueur fluorescent lights and grimy, rotting hues. They bring her to a restaurant dubbed J. Swift’s—a nod to Jonathan Swift, whose “A Modest Proposal” is quoted in a pre-credit textual prologue as a means of giving some literary heft to the ensuing tale of deviant slum rats serving up rich kids to other deviant, suit-and-tie gentlemen.

The wealth of Sissy and her friends might have provided an eat-the-rich allegory if Butcher Boys weren’t so all over the place. Yet when not simply providing run-through-darkened-corridors scenes defined by visual incoherence, Graves and Meeks can’t make up their minds about what they want to say. Sissy is coveted by flesh-eaters of all stripes—businessmen, Walter’s dog-pack “addicts,” out-and-out psychos—which negates any lucid social commentary, and leaves the proceedings to rely solely on mutilation and gore.

Shots of a full moon initially imply that Butcher Boys’ hungry baddies are akin to werewolves, but Henkel’s story eventually makes its way to a dinnertime climax in which Walter’s ringleader turns out to be merely one member of a lunatic domestic unit that also includes a cattle-prod-wielding, cross-dressing doctor (Edwin Neal) and a long-haired, chained-up beast (Gregory Kelly) who fills the Leatherface role. Grimm’s fairy-tale allusions notwithstanding, the film—even with its deliberately ridiculous, open-ended metro-mayhem finale—is just so much tiresome Texas Chainsaw redux, right down to the unimaginative cameos from Chainsaw actors John Dugan, Edwin Neal, Teri McMinn, and scream queen Marilyn Burns, plus Texas Chainsaw Massacre 2’s Leatherface, Bill Johnson. Regardless of the film setting its kids-in-peril tale in the big, bad city, the fact that it culminates with a girl being tied up at the end of a dinner table while a clan of cackling cannibals go crazy makes it clear that the only thing being served up is regurgitation.