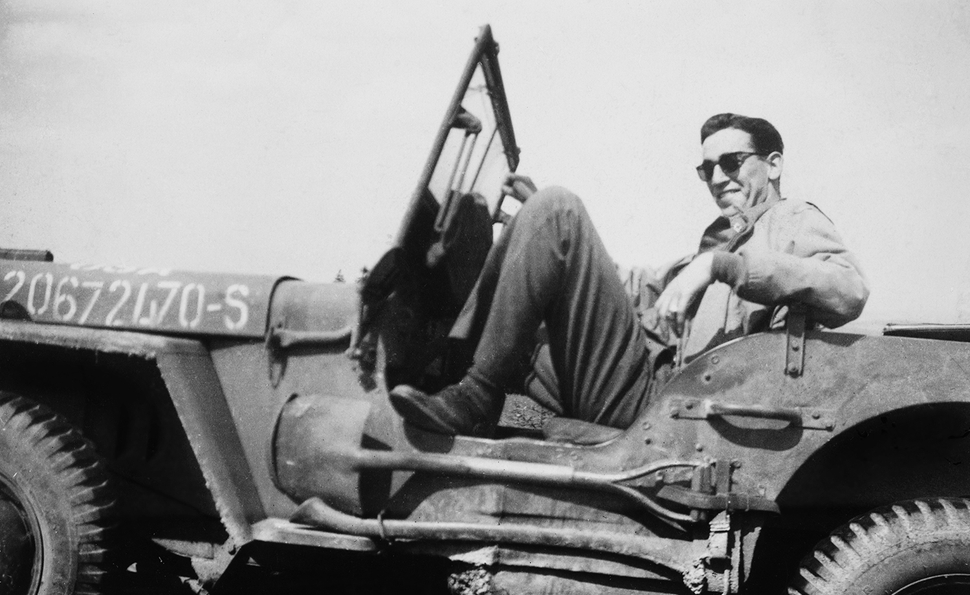 J.D. Salinger has long reigned as literature’s most irresistible cold case. The trail on the reclusive author of Catcher In The Rye went dead a long time ago, but that has only fed the public’s fascination with the man, his books, and his legacy, all of which have proven surprisingly resilient. The Salinger mystique has survived a pair of tell-alls promising to expose the writer’s secret inner life—Dream Catcher, by his daughter Margaret Salinger, and the lurid, scathing At Home In The World, by his ex-girlfriend Joyce Maynard. It promises to survive Shane Salerno’s staggeringly idiotic new documentary Salinger, as well.

Salerno’s documentary made headlines with the revelation that the film contained never-before-revealed images of Salinger, along with new information about the upcoming publication of posthumous, never-before-seen works. Alas, the never-before-seen images of Salinger are thoroughly anticlimactic—the filmmakers treat less than 30 seconds of Salinger smiling as he accepts flowers and dons a hat during World War II as a historical document on par with the Zapruder film—and the documentary sadistically, though understandably, waits until the end of the movie to present information about unpublished Salinger works that will soon be common knowledge. This subjects audiences to more than two hours of inept, borderline-amateur mythmaking for the sake of exhilarating news about upcoming books. Without this new information, Salinger would have no reason to exist. Even with this information, Salinger barely has any reason to exist.

Salinger didn’t leave behind a rich catalog of The Dick Cavett Show appearances or interviews, so director Shane Salerno resorts to the tricks of a second-rate tabloid show. His film augments the expected parade of talking heads with oppressive, manipulative music, rapid-fire editing, a cheesy reliance on stock footage, and most egregiously, shots of a lanky, cigarette-smoking man who vaguely resembles Salinger hunched over a typewriter on a raised stage, while images from Salinger’s life are projected onto a screen behind him. It’s a stylistic device that aspires to the overt, intense stylization of Errol Morris, but comes closer to A Current Affair. For a film with a literary pedigree, Salinger feels cheap and vulgar: It’s a documentary about a writer’s life apparently intended for people who don’t read books or watch documentaries. Saying the film provides a CliffsNotes version of Salinger’s career would give it too much credit. It’s more like a cinematic flipbook that combines pretty, familiar images with achingly sentimental music. It is everything the Salinger of his books was not: predictable, cliched, banal, and worst of all, phony.

Salinger follows the author’s enigmatic existence from his boyhood as a resentful, moody child of wealth and privilege through his formative experiences fighting in World War II, and on to literary fame, disillusionment, and eventual seclusion. Through interviews with friends and admirers, stock footage, and those dreadful shots of the fake Salinger onstage with his typewriters and his demons, Salinger frames its cryptic subject in the familiar context of generational cliches. It presents its subject as a veteran haunted by his traumatic experiences in World War II who fetishized the innocence of children as a bulwark against what he saw as the corruption of the modern world. In the dearth of any genuine insight or new information into Salinger’s psyche, Salinger leans hard on cheap psychology, presenting his unwillingness to continue publishing his books and novellas or have his work adapted for the big screen both as an understandable symptom of his perfectionist ways and a side effect of negative earlier experiences having his work altered in ways he didn’t approve.

J.D. Salinger’s life overflowed with cinematic excitement and derring-do. He landed on the beach at Normandy as part of the D-Day invasion, worked intelligence jobs during World War II, lost a potential love of his life to Charlie Chaplin, and rubbed elbows with the greats of his day, yet Salerno nevertheless feels the need to embellish every triumph in his life until it’s as big, gaudy, and kinetic as an action-blockbuster setpiece. Before directing Salinger, Salerno’s most notable credit was as one of the many screenwriters cursed to write Armageddon. Salinger suggests that this isn’t as much of an anomaly as it might seem, since the film gives its subject’s life and career the Michael Bay treatment, reducing Salinger’s career to an endless series of explosive climaxes and big moments.

Like the similarly effusive, grotesquely melodramatic Jobs, Salinger is a hagiography of an asshole, though it manages to put a positive spin on Salinger’s coldness toward his friends, family, professional associates, and lovers—which bordered on callousness and cruelty—by presenting it as a regrettable but inevitable consequence of his quest for perfection. If the emotions of lesser souls were bruised or battered in the process, such is the price of genius, Salinger suggests, with fawning reverence.

In this context, Salinger’s aggravation toward the spiritual seekers who traced him to his New Hampshire home later in his life seems wholly justified. Like Salinger, these seekers felt an intense connection with and reverence for Salinger and his books without bringing along any insight into the man or his oeuvre. In transforming him into a guru, sage, and possessor of secret, special wisdom, they denied Salinger his humanity. By clinging zealously to his privacy, he was able to win a little of it back. Salinger understandably looked at the world and saw a vulgar, demanding, and cheap place full of aggravations, many of them in the form of his most devoted and dedicated fans. He would be similarly justified in seeing Salinger—both the cheap, chintzy film and the headlines it has provoked—as one more aggravation he didn’t need. Salinger thinks it’s big, important news, but it’s barely a footnote.