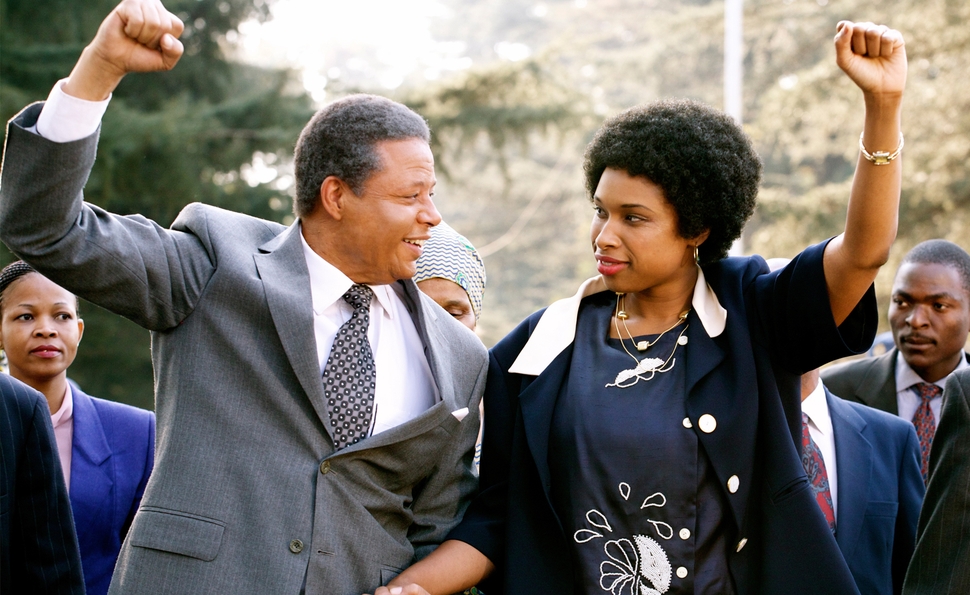 Winnie Mandela is a fascinating, complicated figure, but she’s almost faded from collective memory as her former husband, international icon Nelson Mandela, has been immortalized for his role in ending apartheid in South Africa. This is likely due in part to Winnie’s connections to various human-rights violations, including her conviction in 1991 for the abduction and assault of 14-year-old Stompie Seipei in 1988. Her public image was damaged significantly by these acts: She was deemed a hindrance to the movement toward equality for black South Africans, and hasn’t improved much since. It’s much easier to remember the struggles of her husband, who’s had several feature films and made-for-TV movies profiling his life, than to focus squarely on his disgraced wife.

Yet it’s this fall from grace that makes the woman dubbed “Mother Of The Nation” by her followers great fodder for dramatic storytelling. It’s too bad Winnie Mandela, only the second film centering on the activist (after the 2010 BBC TV movie Mrs. Mandela, starring Sophie Okonedo), does such a lackluster job translating her to the screen. Director Darrell Roodt’s by-the-numbers biopic suffers from clunky dialogue and shallow characterization, all while never deciding what to make of its leading lady.

Winnie Mandela begins with the birth of Nomzamo Winifreda Madikizela in a rural tribe to a schoolteacher father who makes no attempts to hide his resentment that his sixth child is not a boy. After a brief introduction establishing her intellect and rebellious tendencies (she partakes in the all-boys stick-fighting games, to her father’s dismay), she’s off to Johannesburg as the chosen one out of all her siblings to get a higher education. The rest of the film tracks her ascent and subsequent downfall, from becoming a sought-after social worker to marrying Nelson Mandela, and from her increased activism after he’s sentenced to life in prison to her misdeeds later in life.

There’s a lot of life to cover, and the film (penned by Roodt and Andre Pieterse, and based on Anne Marie du Preez Bezdrob’s biography Winnie Mandela: A Life) rushes through most of it. Montages featuring a mixture of faux and real-life black-and-white newspaper clippings and newsreel footage pop up several times as a means of broadcasting a sentiment or important historical footnote. (“Sharpeville Massacre Shocks the World!”) But this brevity only serves to distance viewers from the real, everyday experiences within apartheid. Government officials are also painted in broad strokes, with the tenacious Colonel de Vries (Elias Koteas), who’s hell-bent on punishing Winnie for her protests by throwing her into solitary confinement, marked as a one-dimensional supreme villain.

Jennifer Hudson, in the title role, is served least by the generalized script. A montage is used (again) to signify Winnie’s transformation into an anti-apartheid torchbearer in the wake of her husband’s absence. Her scenes with the charming Nelson (Terrence Howard, in a standout performance) come close to approaching emotional depth, but are often cut short before they can peak, breaking down any chance at digging into the intense bond the two supposedly share.

By the end, it’s unclear how Winnie Mandela wants its subject to be perceived. Is she truly still the “Mother Of The Nation,” a victim of years of abuse by the government? Or is she to be held responsible for crimes against humanity? Hudson’s performance strikes a few profound notes, particularly when Winnie is released from confinement, but mostly she just looks lost, unsure how to rise above the flimsy dialogue.

At one point, an awestruck character asks the activist, regarding her resilience, “How does Winnie Mandela do it?” “Tea,” Winnie responds perfunctorily, directly evading the difficult question. Winnie Mandela asks the same question of its protagonist and answers it likewise, glossing over the real-life Winnie’s complex internal motivations in favor of a simplistic overview.