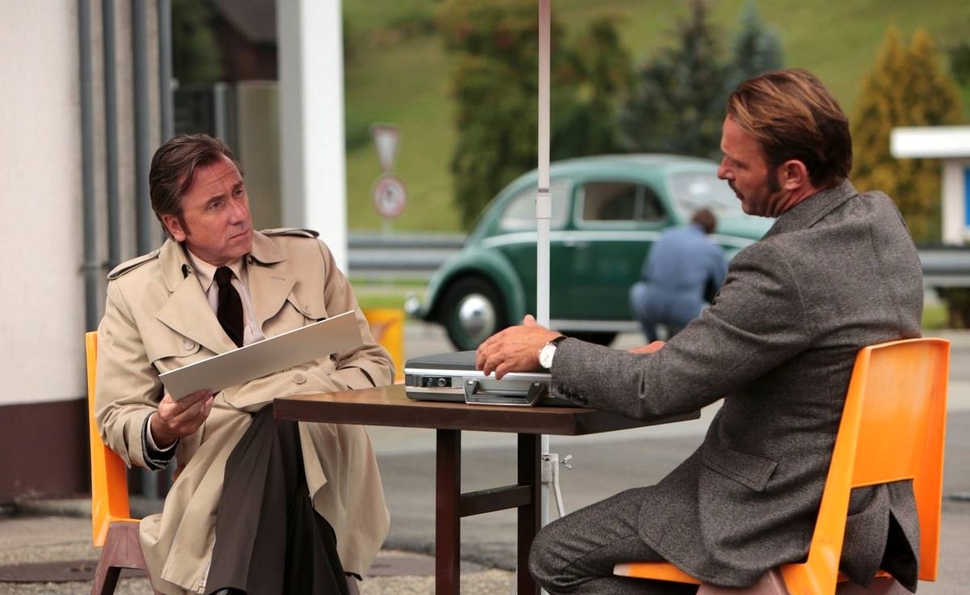 Everyone’s the hero of their own narrative, including Sepp Blatter, the embattled—and, as of this week, former—head of FIFA. The organization responsible for the World Cup has, under Blatter, earned a reputation as the most corrupt and nefarious sporting body on the planet. Beautifully timed for U.S. release just a week after the Department Of Justice indicted 14 FIFA officials—compelling Blatter to resign mere days after being re-elected for his fifth four-year term—the instantly notorious propaganda film United Passions is the ultimate testament to FIFA’s staggering insularity and tone-deafness. For most of the cognoscenti, the FIFA brand is associated with bribes, kickbacks, and systemic corruption so egregious that 2022 World Cup hosting duties were awarded to Qatar—a country with no soccer tradition, ungodly summer temperatures, and a terrible civil-rights record that’s borne out in its deadly treatment of migrant workers. The FIFA of United Passions, however, has been on the right side of history for a century, stood up against racism and sexism, and brought opportunity and prosperity to developing nations. As an effort at damage control, it’s about on par with Baghdad Bob or Frank Drebin in The Naked Gun: Please disperse, nothing to see here.

Fronting $27 million of the film’s $32 million budget—and it’s all up there on the screen, assuming $25 million was spent securing the services of Tim Roth—FIFA is gambling that a direct appeal to soccer fans will counter the press’ accusations. But let’s say, for the sake of argument, that everything that happens in United Passions is completely true: Why in the world would audiences cheer for an inspirational sports movie about the men in blazers? What soccer diehard would choose the action in a boardroom over the action on a pitch? Any such people, if they exist, will be rewarded with all the stilted, laughable, mind-numbingly boring intrigue they can handle.

The framing device says it all, really: Poor children of varying ethnicities, including a couple of girls, gather around a dusty, improvised pitch to play this most democratic of games. Meanwhile, someone’s grandmother, putting laundry out on the line, watches approvingly from a few floors above. Oh what a wonderful game, and thank goodness a group of intrepid executives made sure the snooty English couldn’t claim it exclusively. In the early 20th century, Jules Rimet (a ridiculous Gérard Depardieu, forced to speak in broken English) survived the first World War and spearheaded the initiative to stage the first World Cup in Uruguay in 1930. (One of many howlers: When Rimet shares his plan for a world championship with two confidants, the camera dollies in on this great historical moment. “He’s mad,” says one. “No,” says the other. “He’s a visionary.”) United Passions breezes through the highlights of Rimet’s 33-year reign as president of FIFA—the Great Depression and the rise of fascism are accounted for in about two lines of dialogue—before moving on to João Havelange (Sam Neill), a Brazilian leader who ousted the pro-apartheid Stanley Rous and groomed a dynamic Swiss protégé by the name of Sepp Blatter.

The one plausible statement in United Passions comes when Havelange, inheriting a cash-strapped organization, introduces Blatter to the rest of FIFA’s executive committee: “He’s apparently good at finding money.” And how! Through key sponsorships from companies like Adidas, Blatter helps turn FIFA around and positions himself as Havelange’s right-hand man and successor; once elected, he fights off various traitors in his midst and keeps on winning support. As Blatter, Tim Roth at least has the dignity to carry himself with a troubled, burdened gait, even if he stops short of outright shame or guilt. It’s the film’s position that Blatter has weathered storm after storm and strengthened FIFA’s influence beyond what its founders could have dreamed. Truly “A Burns For All Seasons.”

United Passions leaves no historical-drama cliché unexploited: the voiceover narration, the jumbled Europudding accents, the expository dialogue, the hasty compression of major world events, the thickly applied old-age makeup, the not remotely seamless mix of re-creations and archival footage. It’s all there, in support of FIFA’s lies. Every four years, the world collectively plugs its nose and watches the World Cup, guiltily accepting some degree of complicity in supporting FIFA because the tournament’s allure is just too powerful to resist. But a movie touting the greatness of the world’s most corrupt sporting body, featuring almost no soccer whatsoever? Fans will want a refund just for hearing about it.