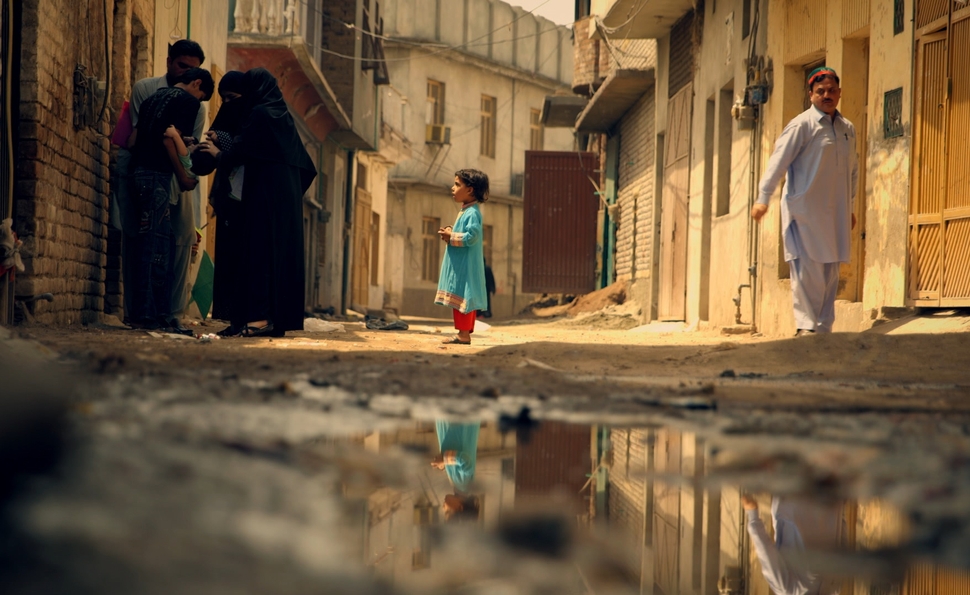 In Every Last Child, the senior emergency coordinator of the World Health Organization’s polio eradication efforts in Pakistan is introduced with his head buried in his hands. Dr. Elias Durry has just been informed that three aid workers delivering the polio vaccine have been attacked by unknown assailants, adding to the growing list of assaults on health workers in the country. (In his office hangs a map bleeding red with pushpins.) Durry’s mood rarely improves from there. But given what he’s up against, that’s understandable.

Tom Roberts’ moving documentary chronicles the struggle to end polio in Pakistan, home to 80 percent of the world’s active cases, by vaccinating the nation’s children. This task forces the WHO and its international partners to go up against the Taliban, which still controls vast swaths of the country, and issued a violently enforced ban on vaccines in 2012. Roberts follows aid workers as they essentially raid their country’s most impoverished zones, while WHO headquarters in Islamabad map out their national strategy with politicians.

Throughout, Roberts (Alfred And Jakobine) maintains a clinical yet intimate distance from his subjects, as a doctor would. There’s a lot of onscreen text—possibly too much—and a measured sense of pacing that opts for stately wide angles over busy, in-your-face stuff. The scenes of the vaccination workers are brief, limited to a few shots of armed military forces standing guard as aid workers seek out children in alleys and on buses. Roberts doesn’t dwell on scary stock footage of the Taliban, either. With the exception of a few brief news reports, the threats are only alluded to in conversation.

The film is more interested in quieter moments, profiles of people caught in the situation. A volunteer health worker, Gulnaz Shirazi, lost two family members to the Taliban’s assault on aid, yet continues to vaccinate children. There’s a lovely scene with her and the surviving family playing on the beach. Two polio victims get ample screen time: one a small child being outfitted with prosthetic legs as his father helplessly weeps, the other a young man who struggles around town in a hand-cranked wheelchair. Roberts gives an extended close-up of the crank, showing how hard it is for a person whose body only half-works to turn that thing.

But one of the smartest things Roberts does is to show that the fight is not only against the Taliban; it’s also against intense skepticism over vaccines from many Pakistanis, fueled by a combination of dangerous misinformation and a deeply rooted distrust in anything Americans are selling. He films discussions in town squares where men offer vast, elaborate vaccine conspiracies that would put Jenny McCarthy to shame, involving the U.S., the U.N., infertility, and Jews. One man proudly declares that, because he was never vaccinated and turned out okay, none of his children would be, either. Somehow one salient point emerges from the men’s rants: the hypocrisy of foreign bodies that want to vaccinate a country’s youth even as they indiscriminately kill them with drone strikes.

A strangely uplifting ending seems to give short shrift to the massive hurdles still facing polio eradication efforts. But Every Last Child still remains a gripping dispatch from a region where few documentaries dare to tread, and a prime example of how to deliver a film on an urgent topic that doesn’t feel like medicine.