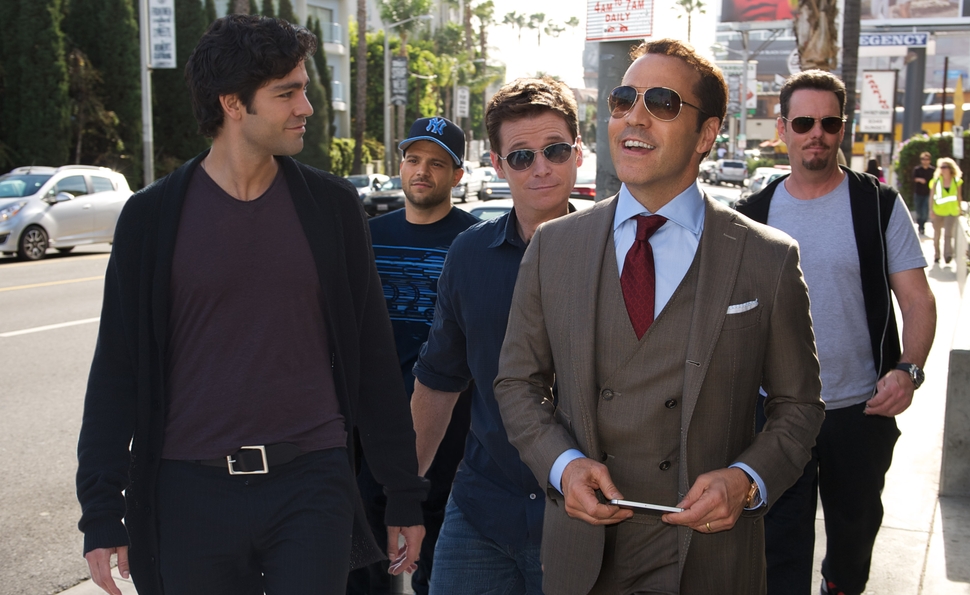 Entourage is notorious for its “everything works out great” resolutions, but the film takes it to another level. After Travis threatens first to cut Johnny out of the movie, then expresses his misgivings about Vinnie, the project is in trouble, and it looks like Ari’s out of a job. But it’s revealed that Travis is just jealous of Vinnie’s relationship with Ratajkowski, and that Hyde is destined for both blockbuster earnings and awards contention. And lo, Vinnie and the boys strut the red carpet at the Golden Globes, where Drama’s four-scene performance nets him a Best Supporting Actor award. Oh yeah? OH YEAAAAAH!