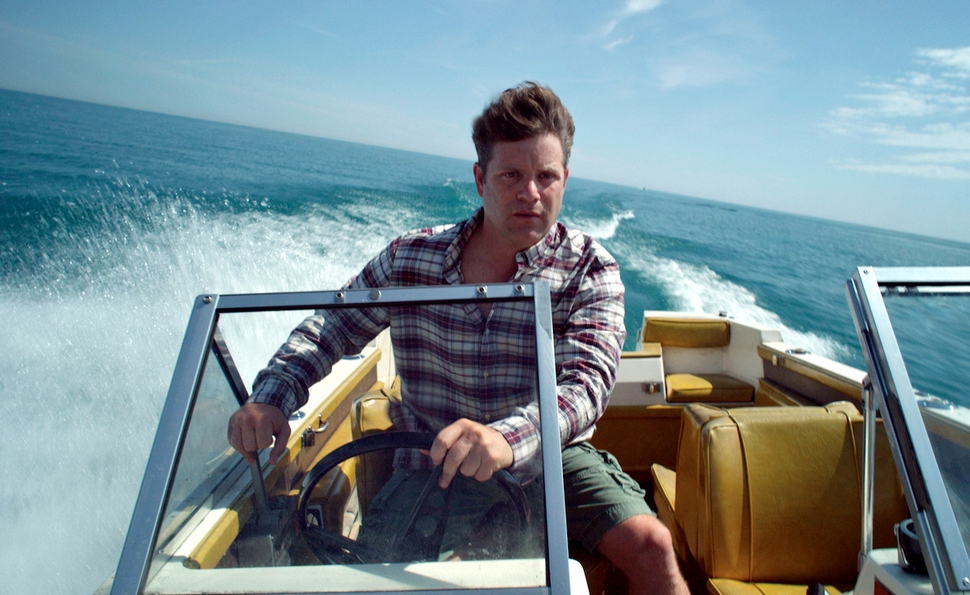 Sean Astin doesn’t say much for the first act of Gil Cates Jr.’s The Surface. Instead, he spends his time going through a series of seemingly everyday motions—shaking out a curtain, packing a bag, hitching a boat trailer to his car—that are all overshadowed by the strange sense that something’s wrong. Perhaps it’s the way the camera lingers over a framed picture of an older couple, or maybe the manner in which Astin’s Mitch Lowe stares at a cemetery as he drives by, but it’s most likely the repeated series of flashback sequences using lens flares that would make even J.J. Abrams blush, all centered on a hobbling old man doing something in the path of a semi-truck. Something is wrong indeed, and The Surface is content to spend the next 90 minutes meting out all the wrongdoing by way of choppy storytelling, uneven characters, and a giant expanse of water that’s leagues deeper than anything else onscreen.

It’s clear from the start that Mitch’s life isn’t happy, yet Jeff Gendelman’s script is intent on piling on still more problems as the minutes tick by. Mitch is saddling with a dead dad, an Alzheimer’s-afflicted mother, a drinking problem, and at least one other dead loved one who passed in a particularly unlucky Rollerblading accident. Mitch isn’t looking forward to the future—in his mind, he doesn’t have one—and when he takes his dead father’s boat out for a spin on Lake Michigan, he doesn’t have a pleasure cruise in mind. Yet Mitch’s plan is thrown off course when he steers into a pile of debris from a recent plane crash, which just happened to take place in the precise spot where he’s randomly piloting his boat. Is this a sign? Mitch, a big believer in signs, thinks so.

Perhaps the unconscious man holding fast to a piece of plane wreckage can advise on that matter. Mitch, for all his personal problems, is still a caring man, and he goes out of his way to yank a mostly unresponsive (and soon totally dismissive) Kelly (Chris Mulkey) from the water, damaging his boat irreparably in the process. Kind-hearted Mitch patches Kelly up, only to be met with a knife once the man comes around. Mitch, as ever, can’t catch a break. Maybe that’s the sign he needs.

Stranded out in the expanse of Lake Michigan—nearly 22,500 square miles, it really is a great lake, and the water looks excellent and foreboding on the screen—Mitch and Kelly eventually begin to bond, as both men reflect on the choices and mistakes that have landed them in such a pickle. Kelly’s problems are mostly financial (with some ethical issues thrown in, just for flavor), but Mitch is compelled to believe in greater powers at work, like astrology and his own name. (“Am I supposed to be low because that’s what my name is?” Mitch sulks, mostly making the audience wonder just how the guy is spelling his name.) For both Mitch and Kelly, potentially dying in the middle of Lake Michigan with only a stranger for company appears to be par for the course.

Fortunately, Astin and Mulkey have a strong chemistry, and while the film boomerangs them back and forth between a variety of feelings toward each other—one minute, Kelly is offering his knife so Mitch can off himself right there; the next, they’re discussing the possibility that Mitch’s mother got a C-section in order to hold sway over his star sign—the actors anchor the material in something that’s often rewarding. The film, however, relies heavily on flashbacks, from Mitch’s light-saturated memories to entire sequences that feel pulled from a different movie, to explain Mitch and Kelly, their stories, and their motivations. It’s a film driven to tell its story in the most plain-faced manner possible, rather than actually showing what’s happening (and what has happened) to its central characters. Astin and Mulkey are good enough together that they don’t need such weak storytelling tricks to push the story along, and Gendelman’s use of them only bogs down the film.

The Surface bobs about for far longer than is necessary, bulked up with time jumps and repeated conversations that land with less impact with each reiteration. The film is a true two-hander—and Astin and Mulkey are mostly up for the task—but inept storytelling sinks the picture faster than anyone can bail it out.